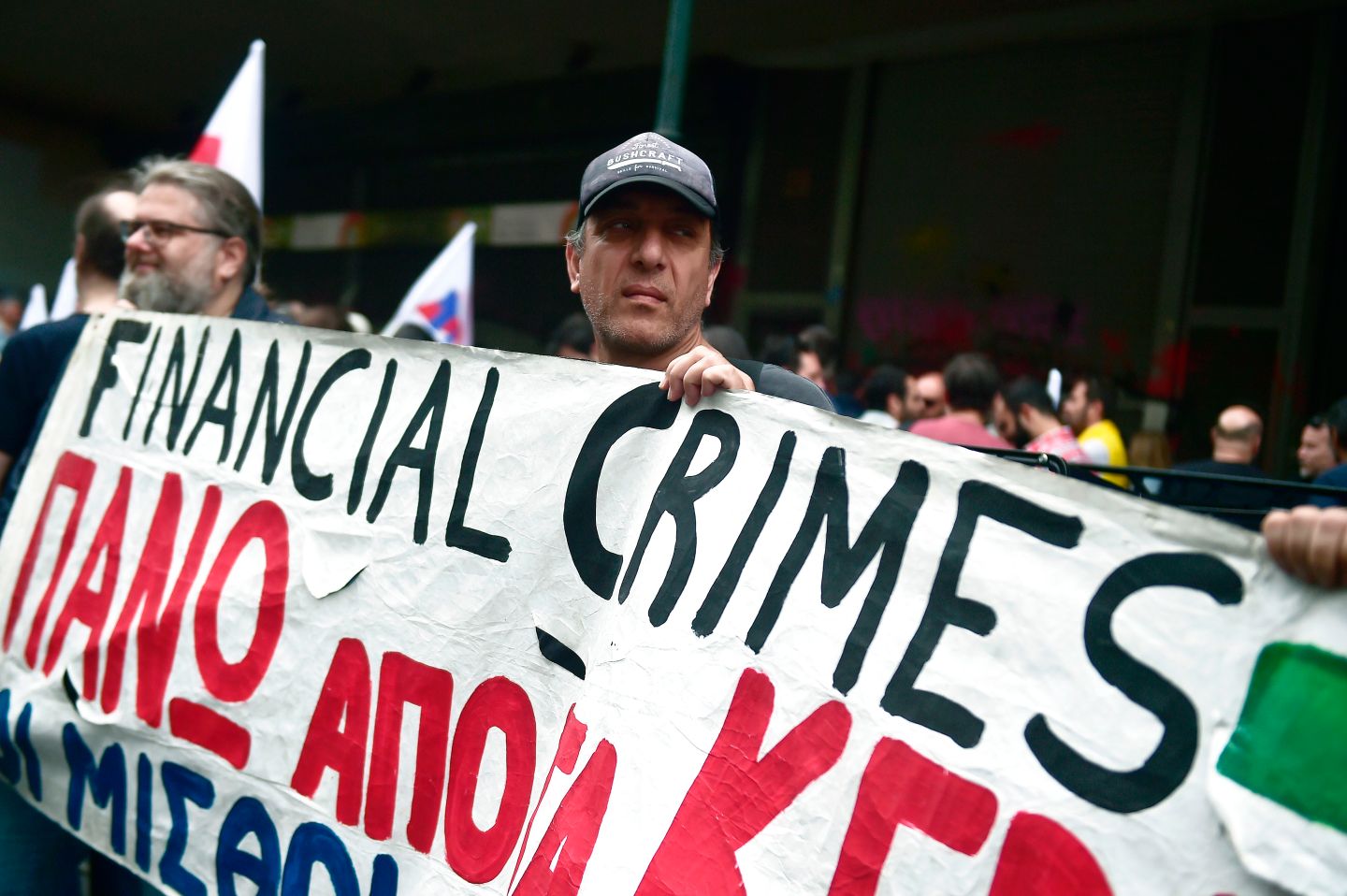 Journalists and media workers march in central Athens during their 24-hour strike on May 16, 2017. Greek unions kicked off two days of labour action, shutting down ferries and news services ahead of a May 17 general strike aimed at a new round of austerity cuts. The mobilization is aimed against new pension and tax break cuts forced on Greece by its EU-IMF creditors in return for bailout cash. / AFP PHOTO / LOUISA GOULIAMAKI (Photo credit should read LOUISA GOULIAMAKI/AFP/Getty Images)
Louisa Gouliamaki—AFP/Getty Images

Greek ferry, bus and train services were disrupted and civil servants and doctors stopped work in nationwide walkout on Wednesday, as lawmakers debated austerity measures that lenders want the indebted country to implement.

The protest strike was called by the main public and private sector unions a day before parliament was due to vote on reforms that would unlock the next tranche of funds from an 86-billion-euro bailout.

Greece agreed this month on further spending cuts to end a logjam in talks with lenders. Once the new measures are approved by Greek lawmakers, Euro zone finance ministers will then discuss the disbursement of loans at the next scheduled Eurogroup meeting on May 22.

As part of the reforms, Athens has promised to cut pensions in 2019 and cut the tax-free threshold in 2020 to produce savings worth 2 percent of gross domestic product.

If it outperforms those targets, it will activate a set of measures offsetting the impact of additional austerity, including mainly lowering taxes.

For more on the Greek debt crisis, watch Fortune’s video:

Greece has needed three multi-billion bailouts since 2010 and additional spending cuts are a contentious issue for Prime Minister Alexis Tsipras.

“We have been fooled. We believed in their promises,” said Nikos Moustakas, 71, a retired mechanic who worked for 38 years.

“They have lost me as a voter,” he said.

Tsipras was first elected in 2015 on a pledge to end austerity but was forced to relent months later in order to agree a new bailout package to stave off bankruptcy.

Tsipras is trailing in opinion polls, but his governing coalition has a small, but firm majority in the 300-member parliament.