Uber Ramps Up Push Into Trucking 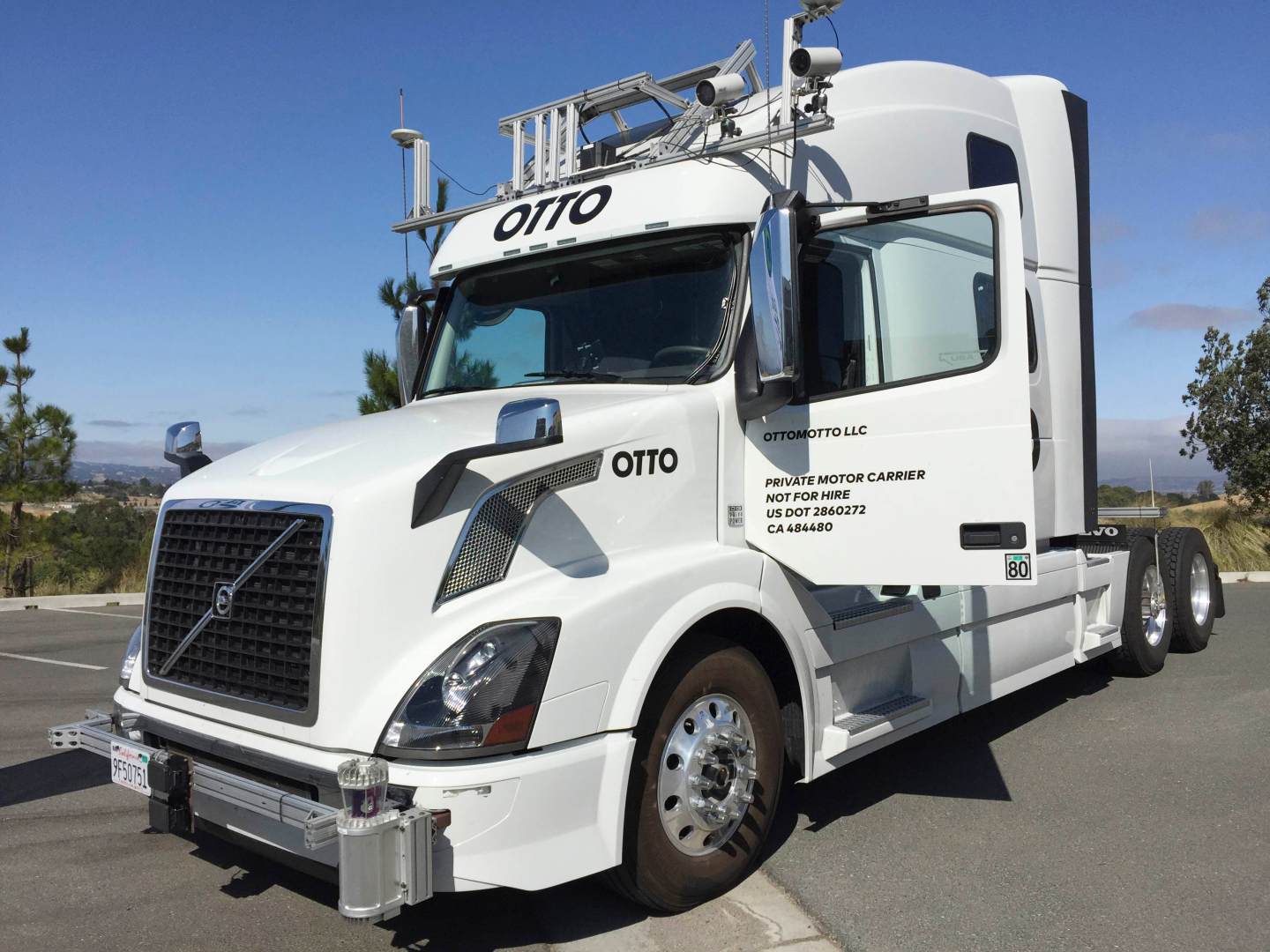 Uber hired the team behind a Chicago transportation brokerage last fall as part of an effort to break into the long-haul trucking industry.

All five employees from 4Front Logistics joined Uber in November, said an Uber spokeswoman, who added that Uber did not pay anything for the company. Brokerages such as 4Front Logistics connect manufacturers and retailers that are shipping goods with truck owners and fleets.

The deal comes as Uber is vying to apply the logistics expertise it has gained ferrying passengers in countries around the world to the trucking industry. That strategy puts it in the middle of a large, highly fragmented industry of freight brokers who match cargo with truck operators.

Uber CEO Travis Kalanick posted a photo on Twitter on Sunday of a large white truck emblazoned with the words “Uber Freight.”

In one of Uber’s first public displays of its interest in trucking, Uber last August acquired self-driving truck startup Otto for $680 million, a deal that is now at the center of a legal battle with Alphabet’s Waymo.

Since launching its push into trucking about a year ago, Uber has been steadily gaining traction, said transportation analyst Jack Atkins of investment bank Stephens Inc.

“They are being very active building up their scale in the brokerage market, both in terms of going after customers but also making sure they have the capacity to fulfill that,” he said.

Uber, along with Otto, has over the past several months acquired a fleet of its own trucks to test its technology, pitched its services to independent truck owners and trucking associations, and built out a host of other technologies involving mapping and tracking, which are part of the logistics package for trucking.

As Silicon Valley aims to ease logistics in entrenched industries, a host of startups have rushed into trucking, a $700 billion-a-year industry that is notorious for low margins.

Despite its small size, 4Front will help Uber build capacity, said Ivan Tsybaev, chief executive of Trucker Path, a startup that has built a popular navigation app for truckers.

“It’s really hard to scale fast, even with Uber’s resources,” he said.

4Front Logistics was granted a broker license for moving freight across state lines in March 2016 by the U.S. Department of Transportation, according to the DOT database. That license was revoked last month. The reason is unclear, but a DOT spokesman said most often revocation is the result of companies not providing proof of insurance.

Uber was granted a DOT broker license for its Uber Freight business at the end of September.

Otto has been registered with the DOT and with the California Department of Motor Vehicles to haul freight as a carrier – not a broker – since last year.