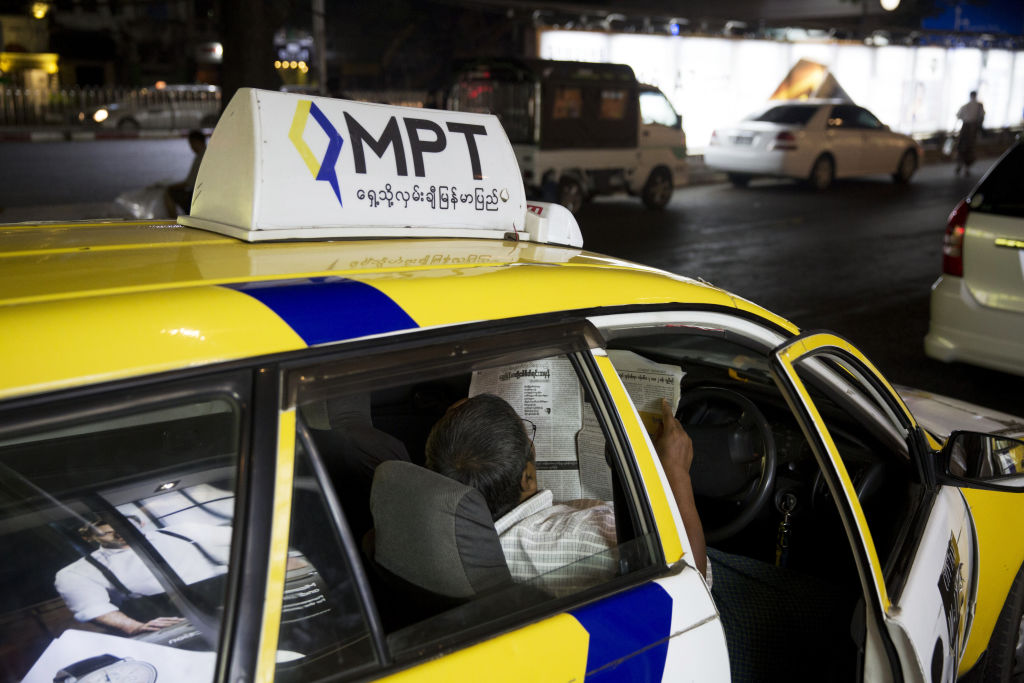 A taxi driver reads a newspaper inside a car featuring Myanmar Posts and Telecommunications (MPT) advertising in Yangon, Myanmar, on Friday, March 10, 2017. Myanmar is considering changes to the companies law that would allow foreign investors to acquire stakes of up to 35 percent in local firms, a government official said last month. Photographer: Brent Lewin/Bloomberg via Getty Images
Brent Lewin—Bloomberg/Getty Images

Uber Technologies is only hiring government-accredited taxi drivers in Myanmar, a regional executive said, a move that allows it to avoid the legal hurdles that have dogged it across Asia in one of the region’s last frontier markets.

“Having the government support from day one is pretty powerful,” Bool said. “Drivers know we are fully compliant with existing regulations. That does grease the wheels.”

Uber, which in many parts of the world signs on any one with a car as a driver, appears to be following Grab’s operating model in Myanmar, a country of more than 50 million people emerging from decades of military rule.

During its March launch, Grab said it was working with a small group of taxi drivers in Yangon and would increase its scale gradually.

Uber has long had a reputation as an aggressive and unapologetic startup. The San Francisco-based firm is in conflict with the taxi industry all over the world, and its services have been halted in several countries over a raft of regulatory concerns.

Competition is also strong: in addition to Grab, there are at least two ride-hailing start-ups—Hello Cabs and Oway Ride.

Many people in Myanmar still do not have credit cards, so to get around that, Bool said Uberdrivers would accept cash or local bank transfers. In many other markets, Uber users pay via a credit card linked to the app.

Bool declined to say how much Uber was investing or what it hoped to make in Myanmar, but said the company could help the government upgrade Yangon’s 70,000 taxis, many of which are not equipped with seat belts or do not have air conditioning.

“We can move millions of people in Yangon without adding a single car,” he added.

Uber‘s expansion into Myanmar coincides with a push by the authorities work to revamp public transport, starting with the bus network in Yangon.

Uber was working with the Yangon government to integrate its services to the bus network, Bool said, with plans to provide services to commuters in areas where public transport is not well-developed.