Disney’s Profit Rises With Help From ‘Beauty and the Beast’ 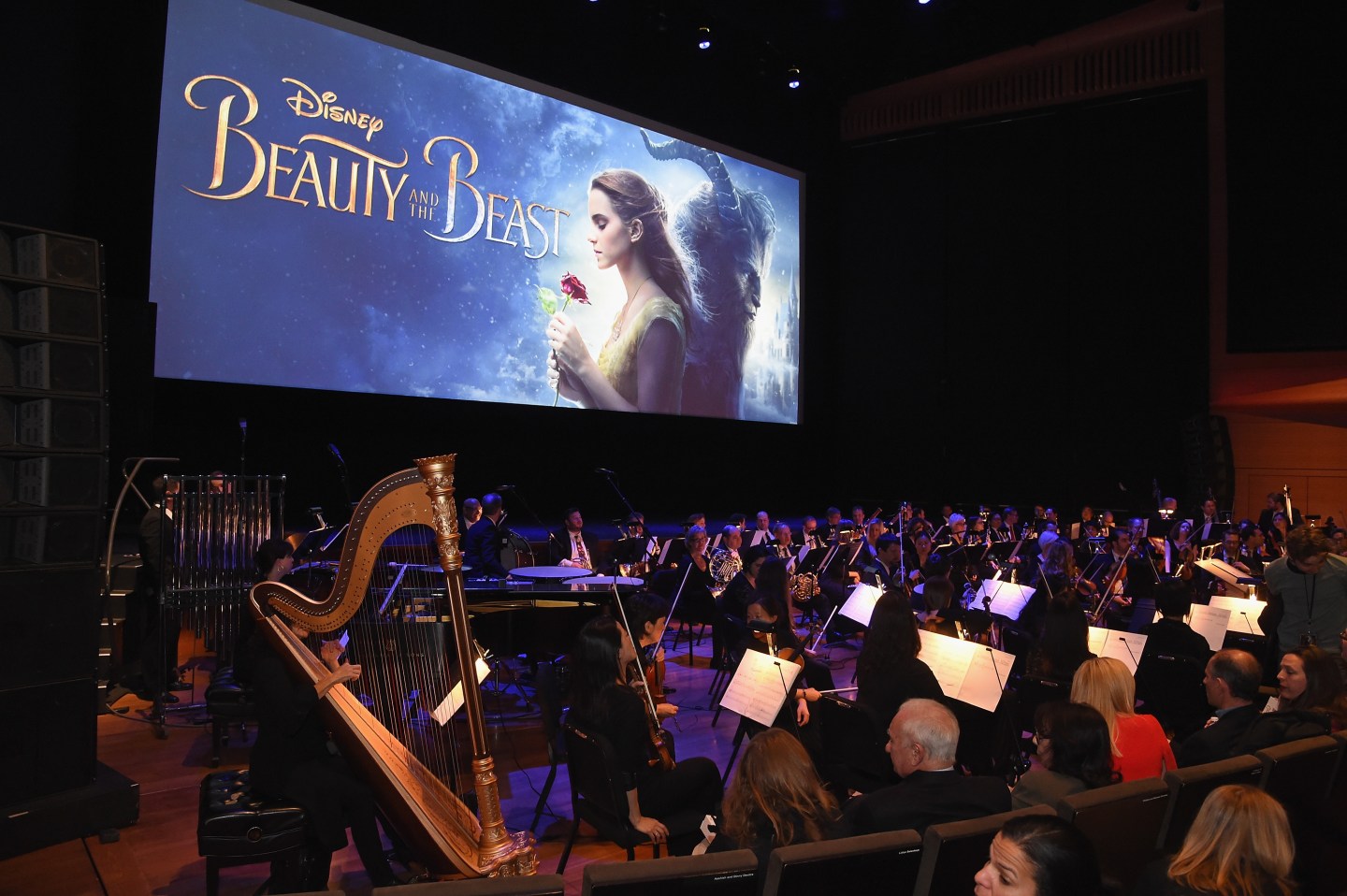 Walt Disney’s quarterly profit beat analysts’ estimates as the company benefited from the success of its latest fairy tale adaptation Beauty and the Beast and strength in its theme park business.

However, the company’s shares (DIS) fell 1.7% after the bell on Tuesday as revenue came in slightly below expectations.

Revenue from its cable business, which includes company’s cash cow ESPN and the youth-focused Disney Channels, rose 2.7% to $4.06 billion.

Analysts on average were expecting the business to report revenue of $4.09 billion, according to financial data and analytics firm FactSet StreetAccount.

However, operating income for the cable division fell nearly 3% to $1.79 billion.

The company blamed the decline to higher programming costs at ESPN due to the shift in timing of College Football Playoff bowl games and contractual rate increases for NBA programming.

Disney has been stepping up efforts to stem subscriber losses at ESPN as younger viewers move away from traditional pay television packages, a trend known as “cord-cutting.”

Recent earnings reports have raised concern that the pace of cord-cutting is picking up. MoffettNathanson analysts calculated that pay TV distributors lost 762,000 subscribers from January through March, the worst first-quarter result in history.

Disney is working to launch an ESPN subscription streaming service and bought a 33% stake in video-streaming firm BAMTech for $1 billion last year.

The future of ESPN has been in focus since August 2015 when CEO Bob Iger acknowledged “modest” subscriber losses at the sports network.

Investors breathed a sigh of relief after Disney said in March that it would extend Iger’s term to July 2019.

Revenue in the company’s theme park business rose 9.5% to $4.3 billion in the latest quarter, largely helped by the opening of Shanghai Disney Resort in June last year.

Analysts had expected revenue of $4.27 billion, according to FactSet.

Excluding items, the company earned $1.50 per share, beating the analysts’ average estimate of $1.41 for the second quarter.