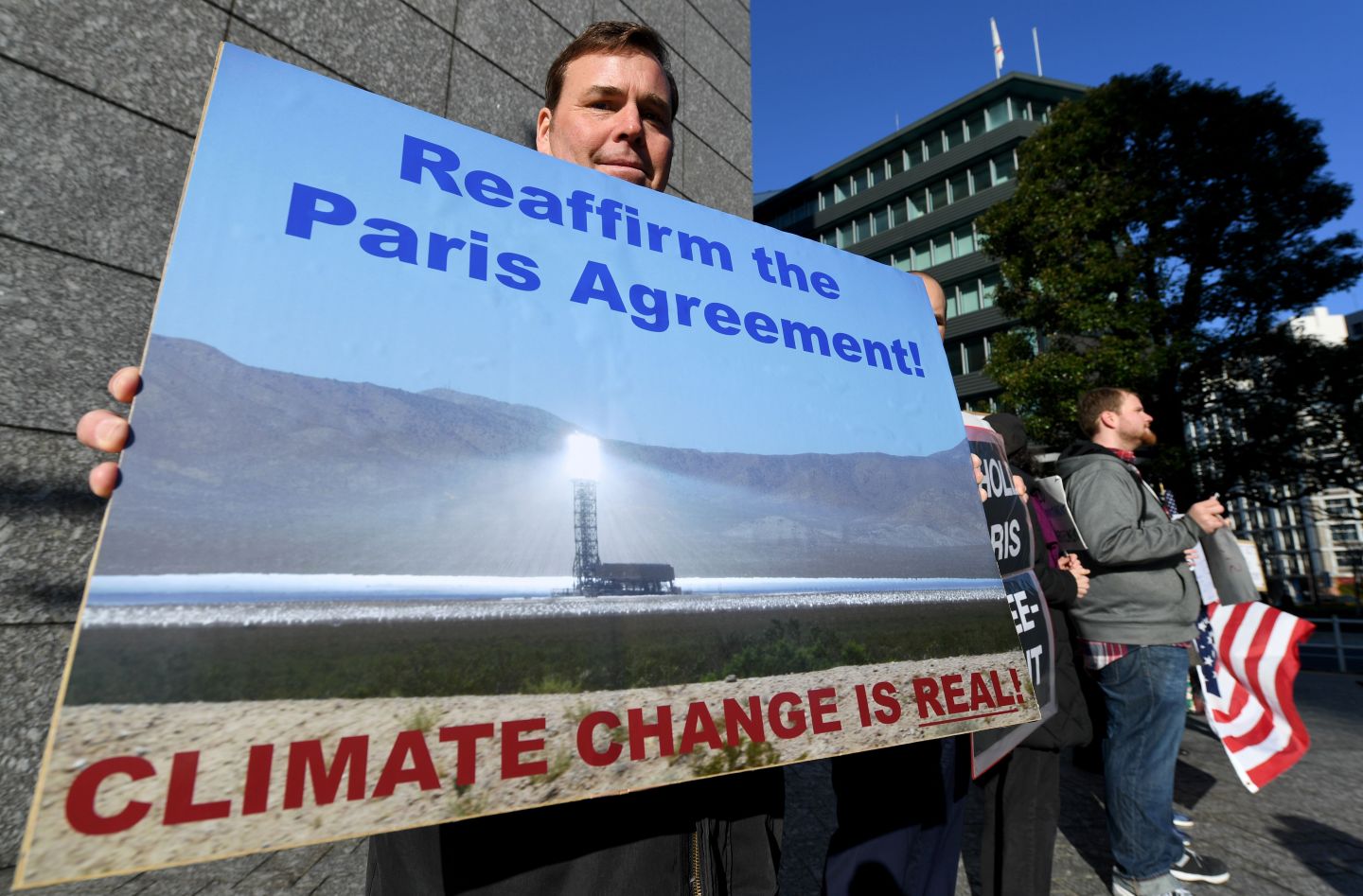 US residents living in Japan and local residents hold a rally near the US embassy in Tokyo on March 16, 2017. About 13 demonstrators demanded visiting US Secretary of State Rex Tillerson to reaffirm the US commitment to the Paris Agreement on climate change. / AFP PHOTO / TOSHIFUMI KITAMURA (Photo credit should read TOSHIFUMI KITAMURA/AFP/Getty Images)
Toshifui Kita—AFP/Getty Images

Investors with more than $15 trillion of assets under management urged governments led by the United States to implement the Paris climate accord to fight climate change despite U.S. President Donald Trump’s threats to pull out.

“We urge all nations to stand by their commitments to the Agreement,” it said. Signatories of the letter included the California Public Employees Retirement System and other pension funds from Sweden to Australia.

Trump is due to announce in coming days whether he will carry out a campaign threat to “cancel” the 2015 Paris Agreement, which aims to limit a rise in temperatures by phasing out use of fossil fuels.

The European Union has been scrambling to persuade Trump, who wants to bolster the U.S. coal industry, to stick with the accord. His advisers have warned of legal problem if Washington stays but waters down its climate commitments.

“Climate change action must be an urgent priority in the G20 countries, especially the United States, whose commitment is in question,” Mindy Lubber, head of the non-profit organization Ceres, which helped coordinate the letter, said in a statement.

Stephanie Pfeifer, CEO of the Institutional Investors Group on Climate Change in Europe, which also coordinated the letter, said nations should shift to a low-carbon economy “regardless of what the U.S. administration does”.

Separately, senior government officials from almost 200 nations will meet in Bonn from May 8-18 to work on detailed rules for the Paris Agreement.