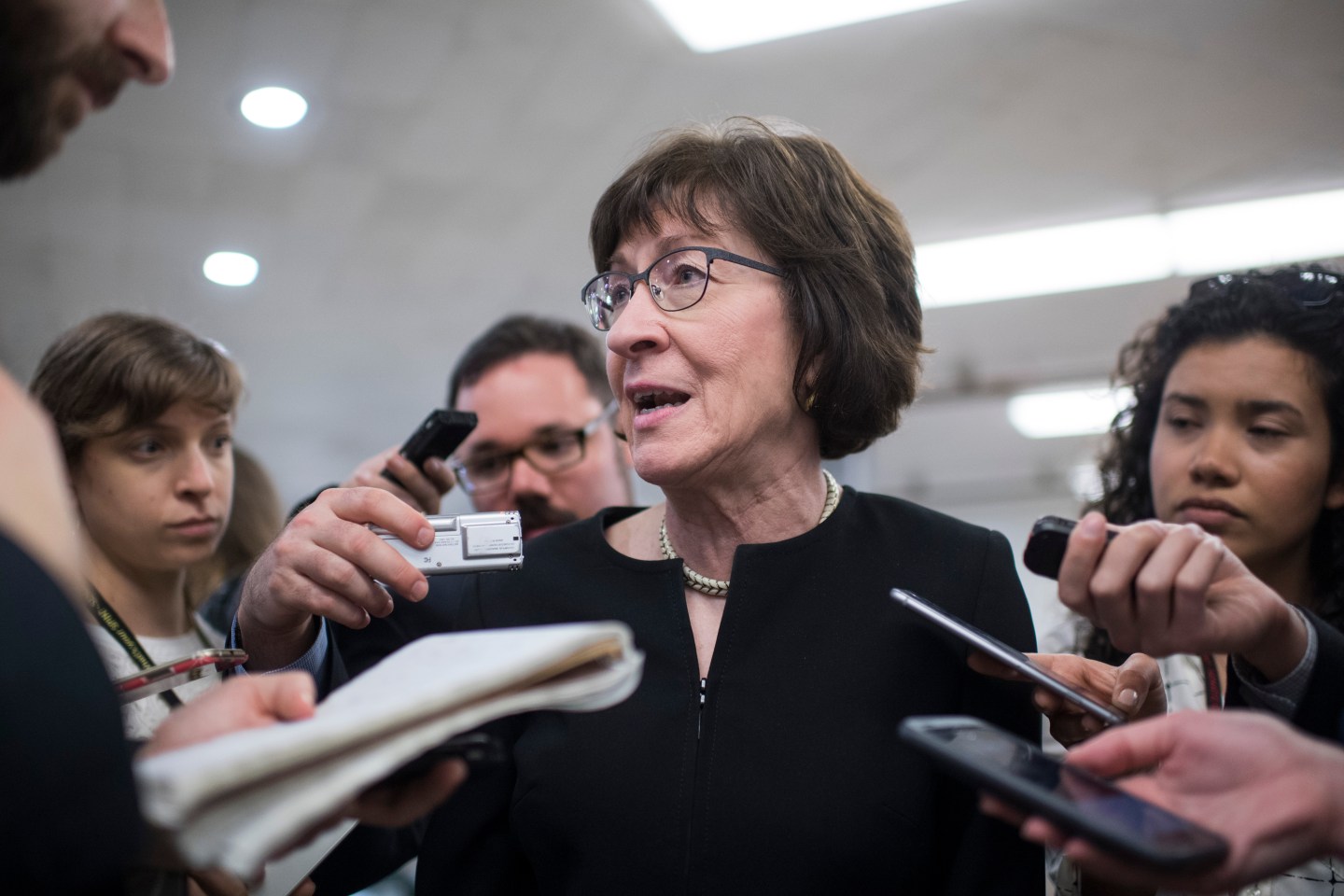 Sen. Susan Collins, R-Maine, talks with reporters in the senate subway after a vote in the senate, March 2, 2017.
Tom Williams—CQ-Roll Call/Getty Images

Democratic women in the Senate are criticizing their Republicans colleagues for including 13 men and no women in a working group to write a health care bill that repeals and replaces the Affordable Care Act.

“Well, the leaders obviously chose the people they want,” Maine Sen. Susan Collins, a Republican, said in an interview Sunday on ABC, when asked about who was included in the working group. She said she’s working with Louisiana Sen. Bill Cassidy and other co-sponsors on an alternative bill. “We’re reaching out to moderate Democrats. I would like to see us put together a bipartisan group to solve this problem.”

The working group includes Senate Majority Leader Mitch McConnell and top Senate leaders, as well as the chairmen for the committees on finance, budget and health, education, labor and pensions.

“It’s offensive and it’s troubling that there are no women,” New York Sen. Kirsten Gillibrand said Monday on The View.

Here are how other women in the Senate have reacted:

It matters to have women at the table—and it matters when they aren’t. https://t.co/hRTkD3m9r1

The GOP is crafting policy on an issue that directly impacts women without including a single woman in the process. It’s wrong. https://t.co/digJ8qXKr2

Wow, what a diverse group who will prioritize making sure American women & families get the care they need…said no one ever https://t.co/AJBboPnRlK

My view: When women’s voices are at the table, it makes a difference—especially when it comes to health care. pic.twitter.com/AqreZwlmpn

The working group is expected to draw up a bill that’s substantially different from what passed the House of Representatives last week.