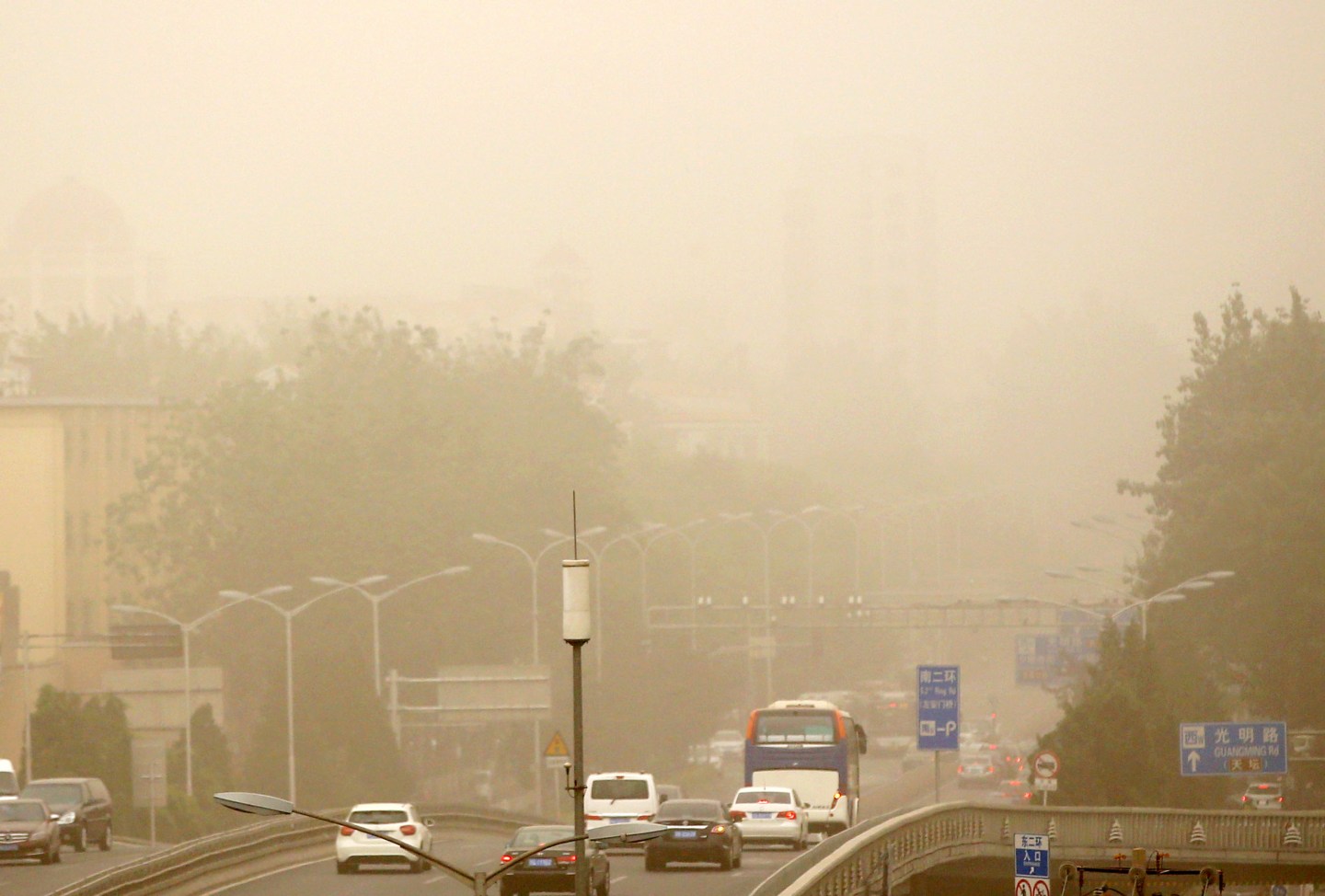 Beijing and most of northern China are experiencing dangerous air pollution levels after a huge sandstorm cast skies in a dull gray-yellow color on Thursday.

In China’s capital city of 22 million, the air quality index reached 900 early Thursday, according to Air Matters—18 times what the World Health Organization considers healthy. City officials warned people to stay indoors and wear masks outside. More than 50 flights were canceled or delayed in Beijing due to weather, according to local media.

The potent mix of typical Chinese industrial pollution and natural elements began in the northwest province of Inner Mongolia, where Greenpeace says that each spring, heavy winds pick up millions of tons of sand and deposit them as far out as Japan, hundreds of miles away.

The cause of the sand is desertification in China’s northwestern regions. And the underlying problem of desertification is manyfold: farmers overgrazing their land because of higher numbers of livestock; over-logging; and a boom in farmland, which sits empty after a harvest and is vulnerable to increased erosion.

But Thursday’s storm appears to be a reminder to residents that any fix to the sandstorms—as with the smog that regularly blankets Chinese cities—is still decades away.