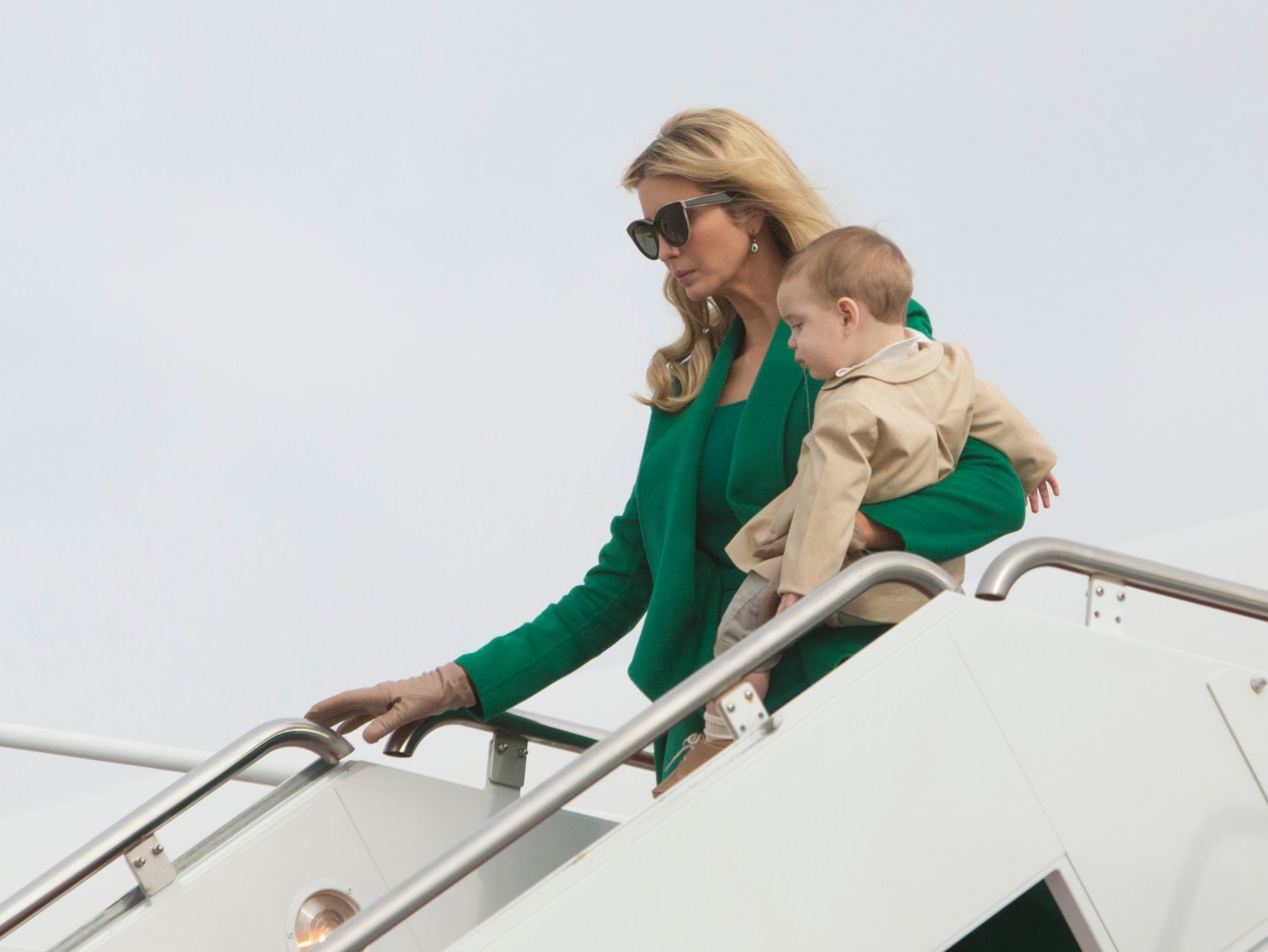 Ivanka Trump uses the word “nanny” exactly once in her new book, Women Who Work: Rewriting the Rules for Success.

It’s in an aside, after entrepreneur Rosie Pope recommends that moms ask their babysitters or daycare to send them photos of their children throughout the day. “Some of my best photos of the kids were taken by my nanny during the day,” writes Trump, adding: “(I’m sure in ten years I’ll convince myself I took them!).”

Although Trump repeatedly calls out the importance of affordable, quality childcare in her book, she glosses over the role of outside care in describing her own life, instead focusing on how she structures her workdays so that she can “[leave] the office at six every night to get home in time to give baths and read bedtime stories with my kids.” Yet presumably someone is caring for the children until Trump gets home—and there’s no evidence that it’s her husband, Jared Kushner.

It’s not until the book’s acknowledgements that we get another reference to the women working the day shift. Trump thanks “Liza and Xixi, who are helping me raise my own children, thank you for being a part of our extended family and enabling me to do what I do.”

Subscribe to The Broadsheet, Fortune’s daily newsletter on the world’s most powerful women

XiXi’s name has appeared in the press before. In 2012, Trump gave an interview to the South China Morning Post where she referred to her “incredible Chinese nanny” who’s teaching her daughter, Arabella, Mandarin. Then there’s the 2015 Vogue profile that describes Trump heading “into the living room to squeeze Joseph, one and a half, who is sitting on the floor, playing with his toys and smiling at XiXi, the nanny, who is Chinese and is teaching the children to speak Mandarin.”

Nannies have been an important force in Trump’s life even before she had her own children. She wrote lovingly about one of her own nannies, Bridget Carroll, in her earlier book, Trump Card. And Milka Milisavljevic, a Serbian military school grad, cared for Ivanka and her brothers for eight years. (Fun fact: Milisavljevic says she always carried a gun with her while working, for the safety of the children, according to the Daily Mail.)

It shouldn’t come as a surprise that Trump largely ignored the role of her paid childcare workers in Women Who Work. New York Magazine and Slate have previously criticized her lack of nods to nannies or other domestic help in her beautifully curated social feeds. “Ivanka might think that keeping her domestic employees out of the frame makes her appear like a superwoman who can do it all,” writes Slate’s Elissa Strauss. “But in reality, it just sends the message that she doesn’t entirely value their contributions to her life.”

At one point in the book, Trump talks about deciding to help “debunk the superwoman myth” but being more candid about her life and its imperfections. But in failing to more fully acknowledge the way in which childcare professionals have enabled her to become first an executive, then an entrepreneur, and now a force in the White House, she runs the risk of reinforcing that very illusion—and of dismissing the real career struggles of the countless women who either rely on or provide that essential care.