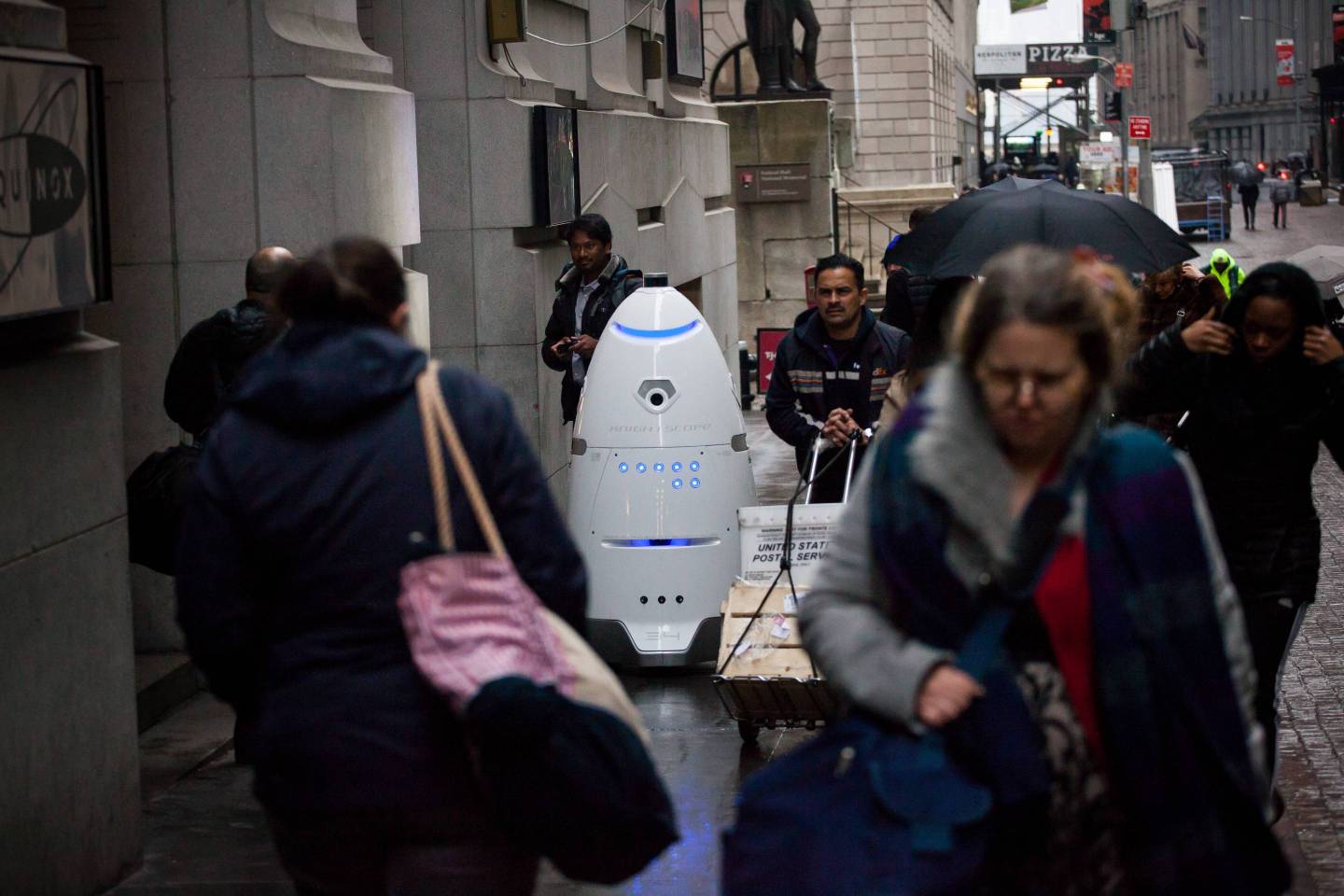 One man learned the hard way last week why getting into a fight with a robot is a really bad idea.

Police arrested a man in Mountain View last week after he allegedly hit and knocked over a 300-pound robot designed to stop crime, according to local reports. When police approached the man, 41-year-old Jason Sylvain, they smelled a “strong odor of alcohol,” a police spokeswoman told CNET in an interview published on Tuesday. He was arrested for prowling and public intoxication.

The robot, known as the K5, was developed by security company Knightscope. The robot, which stands about five feet tall, is designed to provide companies with additional security. It uses algorithms to identify anomalies that might indicate a crime, and has features that allow it to identify license plates, environmental conditions, and other information that might aid police in an investigation. Knightscope plans to add gun-detection capabilities at some point in the future.

According to CNET, the K5 was minding its own business in the Knightscope parking lot when Sylvain approached it and started attacking it. The robot’s built-in alarms immediately sounded, and Knightscope employees responded. They then detained Sylvain until the police arrived, according to Knightscope vice president of marketing and sales Stacy Dean Stephens, who recounted the incident with CNET.

Stephens said that while the K5 had a few dings following the beating, it’s back on the job.

The K5 hasn’t always been touted as a superior crime-fighting robot. Last year, in fact, it was patrolling the Stanford Shopping Center in Palo Alto, Calif., when it allegedly ran over a child, causing injury to the 16-month-old’s head. The K5 kept on moving even after hitting the child, according to the child’s mother.