The Scariest Chart About Autonomous Driving 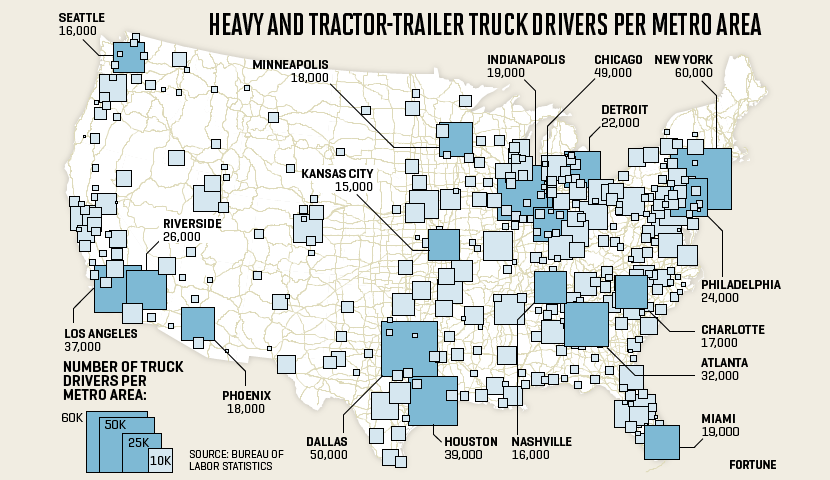 Map shows where truck drivers are based in the U.S.
Nicolas Rapp

That’s because we don’t have self-driving trucks yet.

Truck driving is one of the occupations most vulnerable to automation, and one of the most common. That combination, many believe, represents one of the largest eventual threats to the American economy.

Some economies rely on truck driving more than others: In Omaha, 2.8% of people who have jobs are truckers. In Joplin, Mo., it’s 5.6%. The threat of losing those jobs over the next decade is real: Last fall a truck full of beer in Colorado made the first fully automated delivery.

Here, a list of the metros—small and large—where the largest percentage of workers are truckers according to Bureau of Labor Statistics data:

A version of this article appears in the May 1, 2017 issue of Fortune with the headline “Long-Haul Trucking U.S.A.”