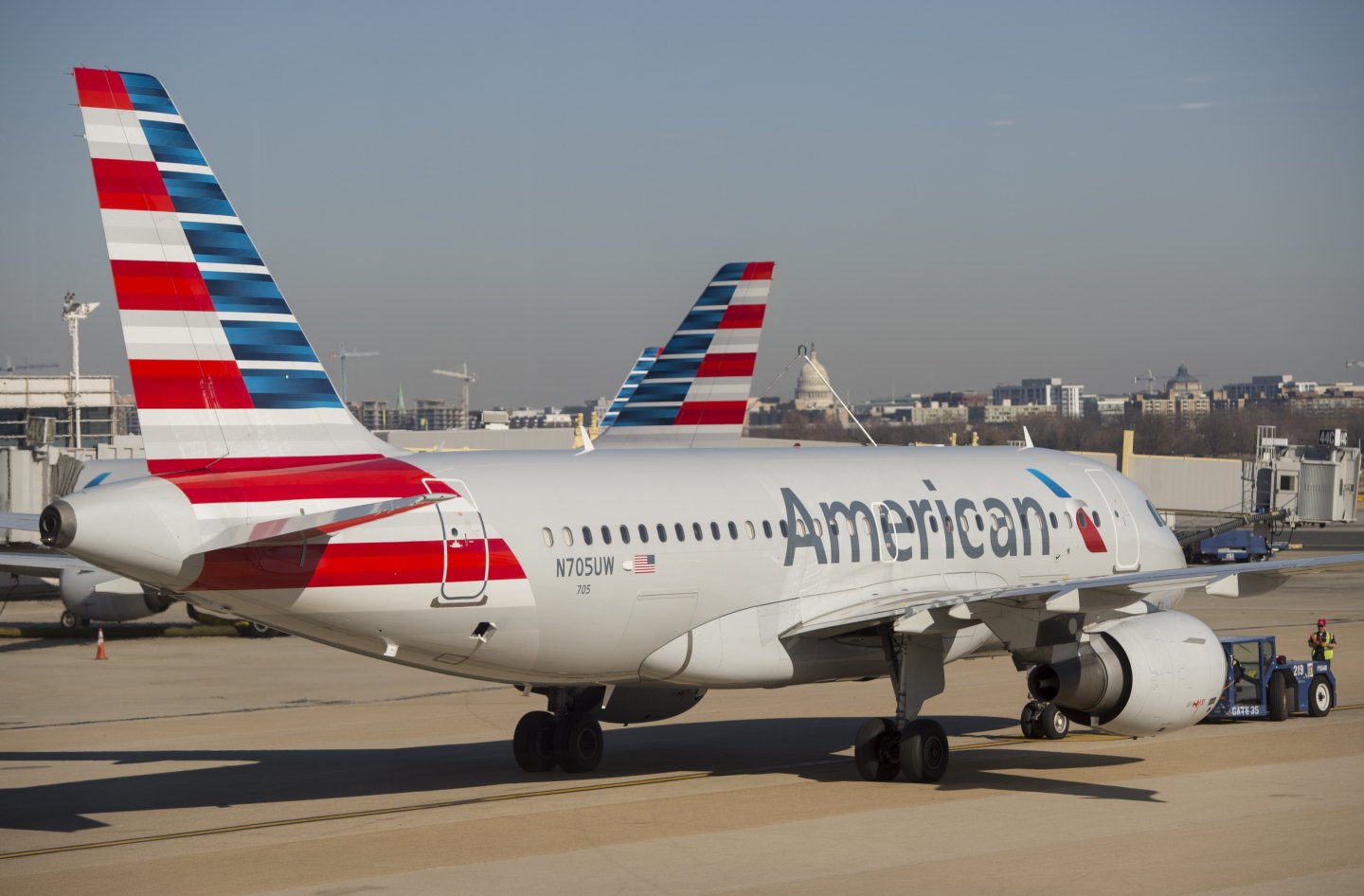 Video emerged on Friday showing the disturbing aftermath of a confrontation between American Airlines flight staff and at least three passengers. The video, attached at the end of this story, shows a deeply distraught female passenger crying near the airplane cabin as two other passengers confront airline staff. One male passenger tells a male crew member that “you do that to me, and I’ll knock you flat.” The crew member squares off aggressively with the passenger, urging him to “bring it,” and saying “you don’t know what the story is.”

The story, according to eyewitness reports gathered by a local Fox affiliate, involved a passenger with two small children who refused a request to check her stroller. In response, a flight attendant—apparently the man shown in the video—called security, then “wrestled” the stroller away from the passenger. Eyewitnesses claim that the passenger was hit in the head, and that her children were in harm’s way.

AA quickly issued a statement on the incident, which goes a bit beyond the usual boilerplate. It states that the passenger was upgraded to first class for the remainder of her trip after choosing to take another flight. Further, the airline says:

“The actions of our team member captured here do not appear to reflect patience or empathy, two values necessary for customer care. In short, we are disappointed by these actions. The American team member has been removed from duty while we immediately investigate this incident.”

This incident comes after a spate of frightening interactions between airlines and passengers. Two weeks ago, Dr. David Dao was violently dragged from a United Airlines flight to make room for airline staff. That led another recent passenger to share his own United story of being denied use of an assistive device.

At least in the tone of its response, American seems to have learned a lesson from United’s travails. United CEO Oscar Munoz initially described Dao as “disruptive and belligerent” in an internal note before adopting a more apologetic tone. Munoz’s reaction added fuel to what has become one of the worst public relations disasters in recent memory.