Where the H-1B Visa Program Has the Biggest Impact 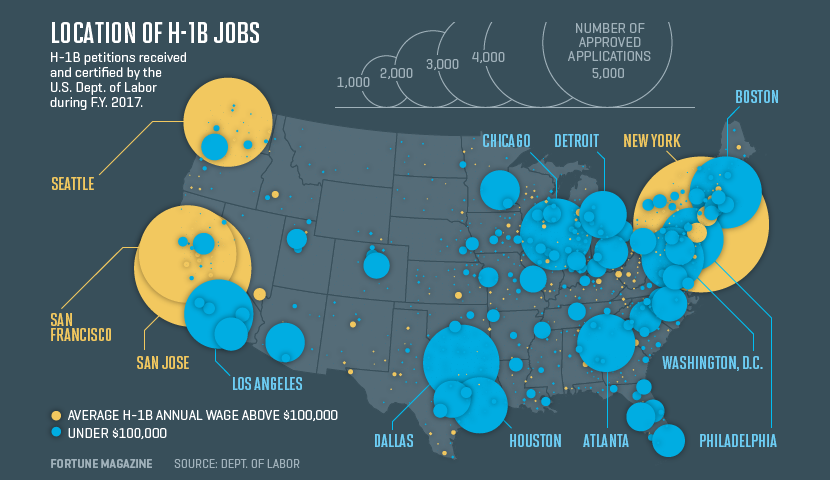 Few debates in the world of tech are more heated right now than H-1B visa reform. Fans of the program, which grants 65,000 U.S. visas annually to foreign workers and another 20,000 to candidates with master’s degrees, say it brings in needed talent. Critics argue that companies abuse it to replace U.S. employees with cheaper foreign workers. In April, President Trump signed an executive order calling for a review of the system. One proposal, in a bill introduced by Rep. Darrell Issa (R-Calif.), would raise the minimum salary for H-1B workers to $100,000. To assess the potential impact, here’s a snapshot of the 46,081 applications processed in the most recent quarter.

Click here to enlarge the “Location of H-1B Jobs” graphic.

Note: Analysis does not include dependent petitions or EB-3. Hourly­ salaries were converted to yearly using a hypothetical number of 1,790 hours worked per year.

A version of this article appears in the May 1, 2017 issue of Fortune with the headline “Picturing an H-1B Overhaul.”