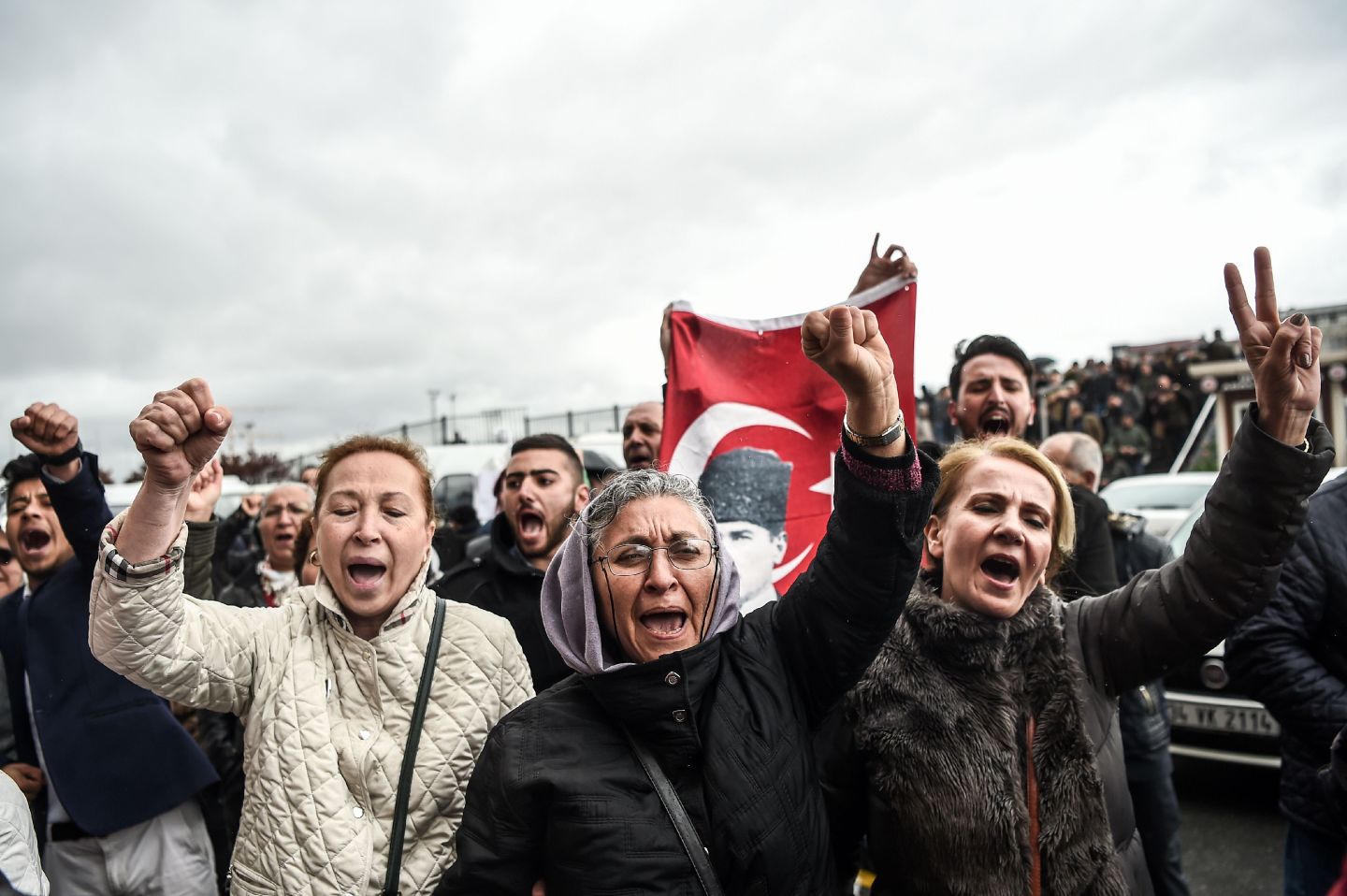 Turkish President Recep Tayyip Erdogan secured a narrow victory on Sunday in a national referendum that will let the winner of the 2019 presidential election—which Erdogan is expected to win—take full control of the government and end the nation’s parliamentary system.

Erdogan and his supporters say the new presidential system of government will give the country more stability, especially in the wake of last year’s failed coup and amid terrorism threats. But democracy and human rights advocates say it will concentrate even more power with Erdogan, who’s recently displayed increasingly dictatorial tendencies. Women in the latter camp are especially concerned.

As Erdogan shored up his conservative base ahead of Sunday’s vote, he repeatedly spoke out against women’s rights and gender equality, according to Newsweek.

Last year, Erdogan referred to women who “refuse maternity” as “half” persons. “She is lacking… no matter how successful she is in the business world,” he said.

At other times, he has advocated against birth control and flatly stated that men and women are not equal, given women’s “delicate nature.”

In 2016, Erdogan’s party tried to pass legislation that would pardon men who raped underage women if they married their victims, but the measure was pulled from consideration after sparking outrage. Sehnaz Kiymaz of Women for Women’s Human Rights – New Ways, an independent women’s NGO in Istanbul, told Newsweek ahead of Sunday’s referendum that a vote in favor of the constitutional changes “could mean negative legislation like this will get passed so much easier,” threatening Turkey’s reputation as an Islamic country that offers women vast freedoms. “It would mean the gains women have made would be taken away to ensure that women are seen as wives and mothers and within their traditional gender roles,” Kiymaz said.

Sunday’s vote was closer than expected—51.3% to 48.7%—and balloting irregularities have called the outcome into question, with some opponents demanding a recount. Politician Meral Aksener, one of the loudest Erdogan critics in a country where government opponents have been increasingly silenced, took issue with a decision to accept unstamped ballots after the vote tallying had begun. She vowed Sunday night to keep fighting that rule change.