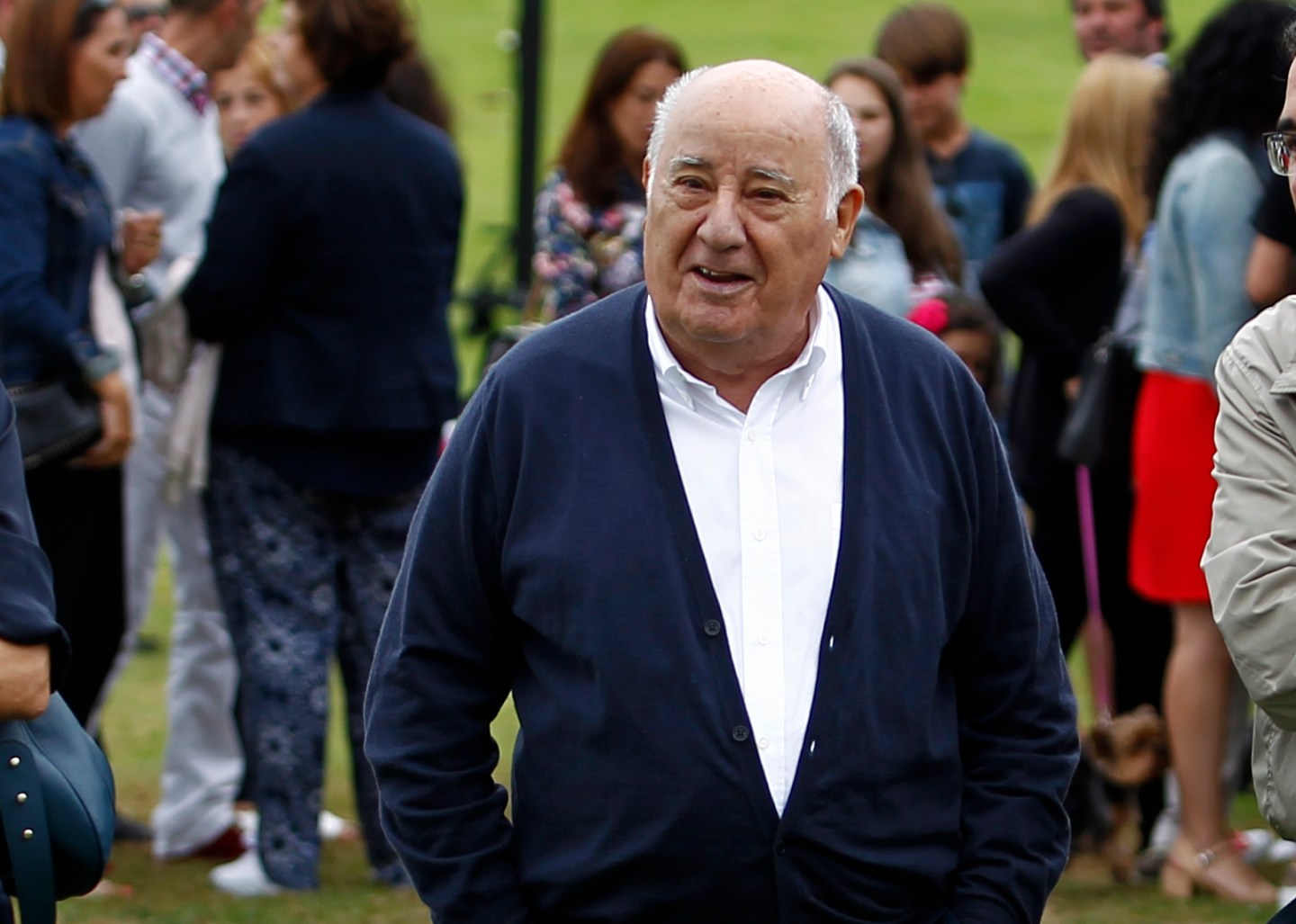 In this July 30, 2016 photo, Amancio Ortega Gaona, founding shareholder of Inditex fashion group, best known for its chain of Zara clothing and accessories retail shops, walks during the Casas Novas International Jumping Show in Arteixo, A Coruña, in the Galicia region of northwest Spain. Amancio Ortega, has been named as the richest person in Europe, and the second richest in the whole world. (AP Photo/Iago Lopez)
Iago Lopez—AP

Two weeks after grabbing the title of world’s second-richest person, Jeff Bezos has been surpassed by Zara founder Amancio Ortega, after shares of Ortega’s Inditex SA firm climbed 1.27 percent Thursday. Meanwhile, Amazon lost $978 million in value. Ortega’s net worth rose to $76.7 billion, while Bezos is now worth a mere $76.4 billion according to Bloomberg. Bill Gates remains the richest man in the world with a net worth of $85.9 billion.

Ortega, 81, founded clothing outlet Zara his ex-wife Rosalia Mera in the mid-’70s in Spain; the brand now boasts 1,500 stores in 70 countries. Ortega himself is fiercely private. According to Business Insider, he has only ever granted three interviews. It is known that he has three children and continues to live in Spain.

Ortega has expanded his holdings to include real estate, including the tallest tower in Spain, the Torre Picasso in Madrid; and the The Epic Residences & Hotel in downtown Miami.

Inditex shares are now trading at an all-time high of €34.33 on the Bolsa de Madrid.