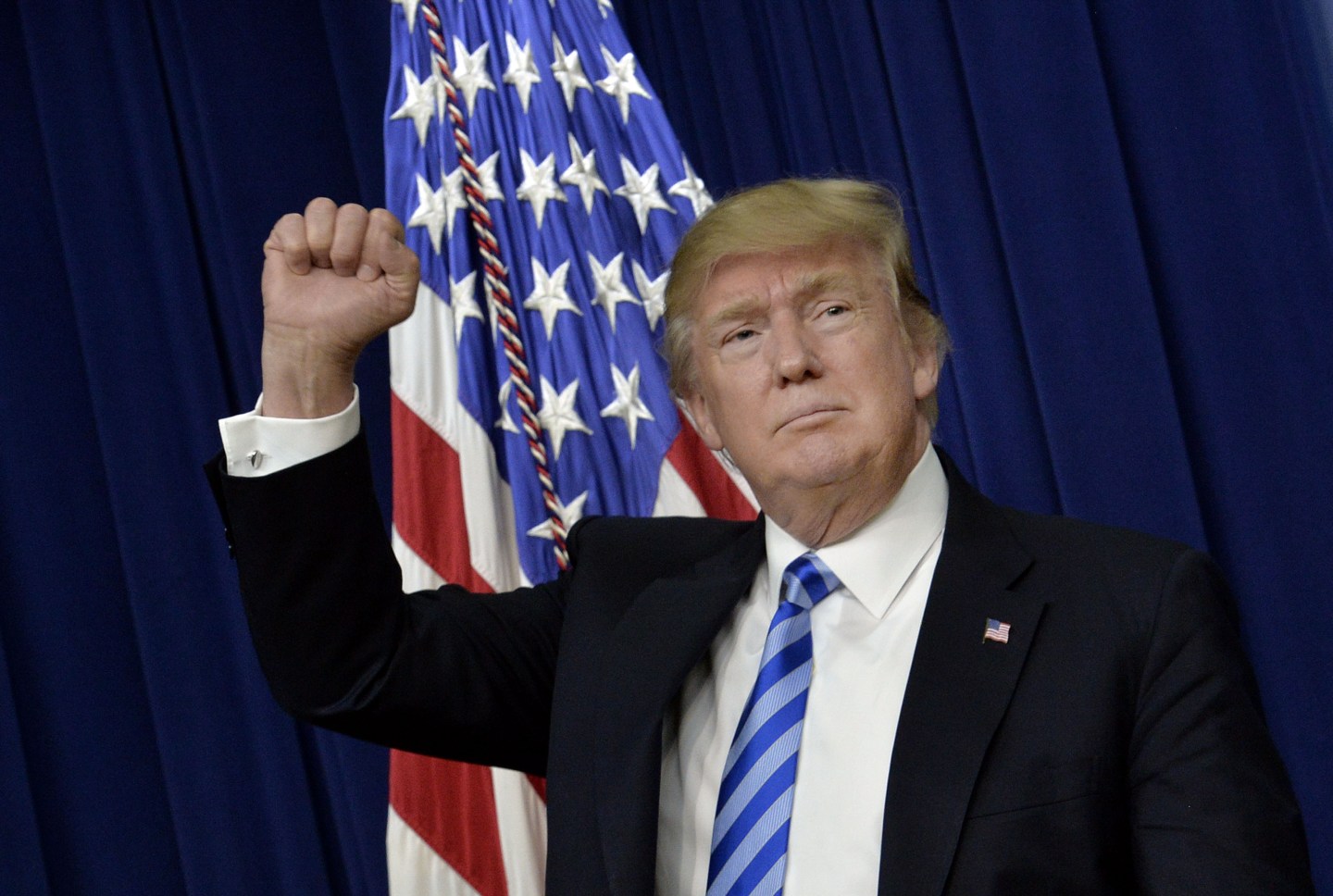 U.S. President Donald Trump gestures during a town hall meeting with executives on the America business climate in the South Court Auditorium of the White House in Washington, D.C., U.S., on Tuesday, April 4, 2017.
Bloomberg Bloomberg via Getty Images

Political commentator Jeffrey Lord described Donald Trump as the “Martin Luther King of health care” on CNN Thursday, shocking his fellow panelists during a segment and setting off a firestorm on social media.

Lord was discussing Trump’s proposed healthcare reform on CNN‘s New Day with anchor Alisyn Camerota and Democratic activist Symone Sanders. He told Camerota he wanted to say something that he knew would “probably drive Symone crazy,” and then tried to make a case for the comparison during the segment.

“Think of Donald Trump as the Martin Luther King of health care,” Lord said on CNN. “When I was a kid, President Kennedy did not want to introduce the civil rights bill because he said it wasn’t popular and he didn’t have the votes for it, et cetera. Dr. King kept putting people in the streets in harm’s way to put the pressure on so the bill would be introduced.”

When Lord started speaking, Sanders showed immediate surprise at his comparison, and soon explained why she didn’t think it was accurate.

“You do understand that Dr. King was marching for civil rights because people that looked like me were being beaten, dogs were being sicced on them, basic human rights were being withheld from these people merely because of the color of their skin,” Sanders told him. “So let’s not equate Dr. Martin Luther King, Jr. — humanitarian and Nobel Peace Prize winner—to the vagina-grabbing president, Donald Trump.”

Critics on social media directed disbelief towards Lord for making the comparison and towards CNN for having Lord on in the first place.

Embarrassing: why does CNN allow this (via Skype). There are thoughtful, credible R's who can talk about the health care debate. https://t.co/7KvoqUFbxT