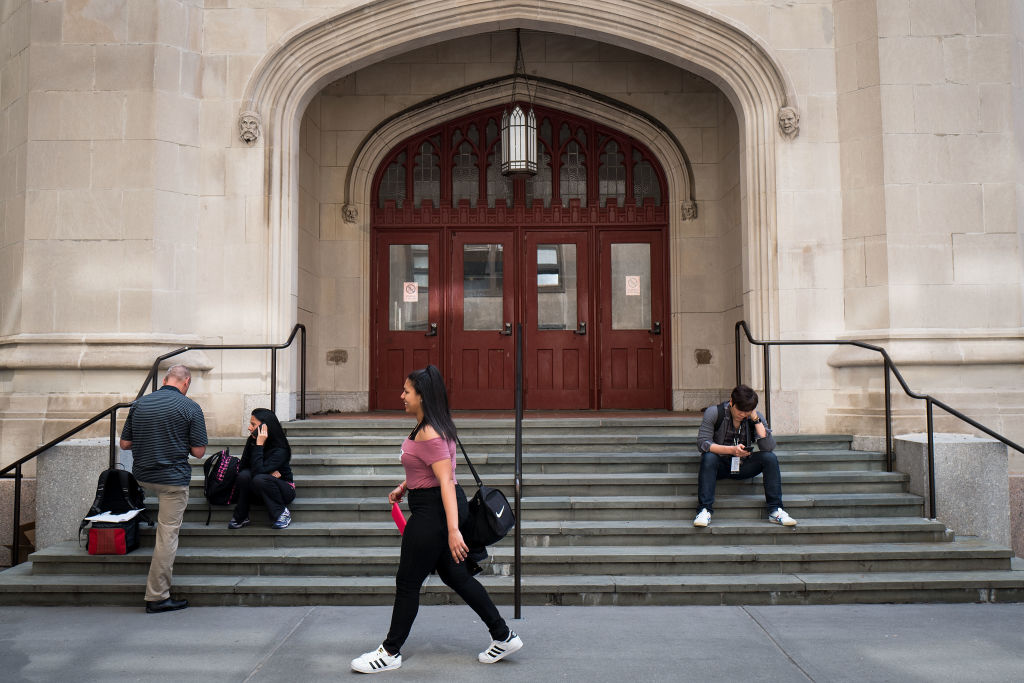 People and students mill about on the campus of Hunter College of The City University of New York, April 10, 2017 in New York City.
Drew Angerer—Getty Images

Students awarded a new scholarship in New York must live and work in the state for several years after graduation—or pay back their tuition fees.

According to the fine print on the Excelsior Scholarship, which lets students attending a State University or City University of New York to study free of tuition fees if their families earn no more than $100,000 a year, recipients must stay in the state for the same number of years for which they received funding, the Wall Street Journal reports.

The scholarships have earned New York Governor Andrew Cuomo praise for making his state the first to make tuition-free college a reality. But according to the WSJ, critics say the requirement to live and work in New York may force graduates to take unemployment in New York over jobs elsewhere.

About 32,000 students a year are predicted to take advantage of the Excelsior Scholarship as it begins to be offered from this fall. Recipients must also take 30 credits per year, keep the GPA necessary to stay in school, and graduate on time.