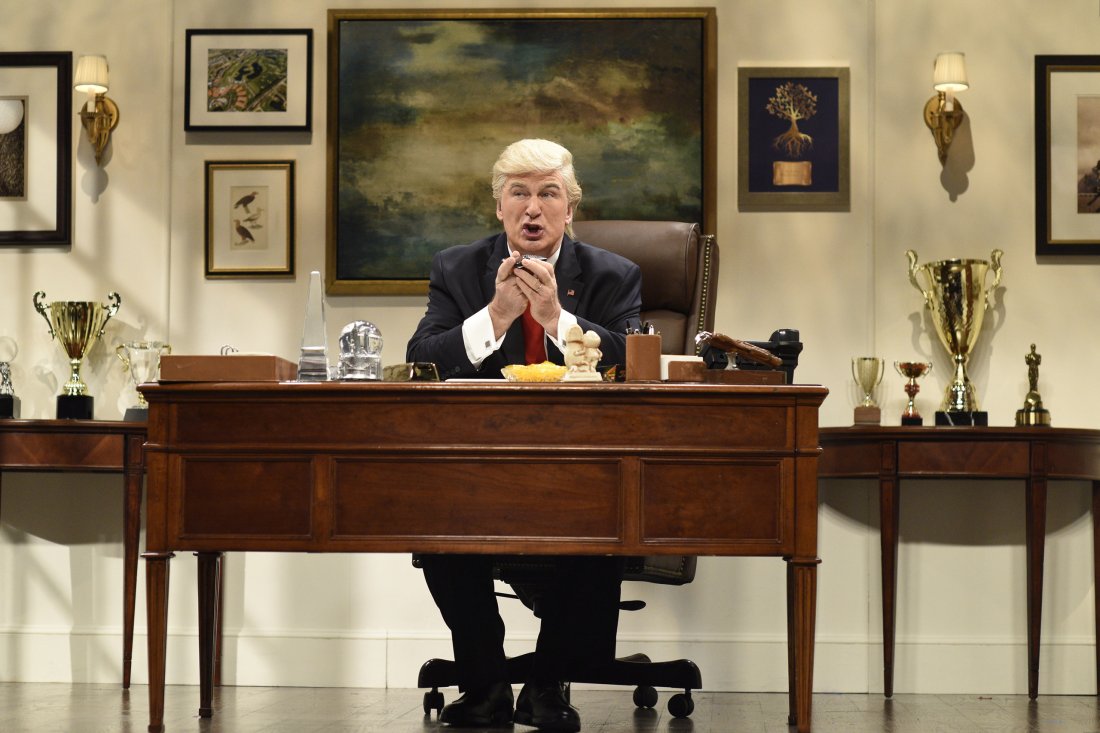 Baldwin kicked off the show playing O’Reilly with a promise to finally address “the scandal everyone’s been talking about all week, a scandal no one thought I’d have the guts to address head-on, about the shocking allegations of abuse of power — that have been leveled against the Obama administration.”

In the last week, The O’Reilly Factor lost several advertisers after a New York Times report revealed that five women have received about $13 million to settle accusations of sexual harassment and other inappropriate behavior by O’Reilly.

Baldwin, still playing the Fox News host, then tried to interview a reporter. After being told she no longer works at Fox, Baldwin asked, “Did she get the check?”

Later in a split-screen interview, Baldwin appeared as both Trump and O’Reilly. Baldwin’s O’Reilly noted that Trump,who defended O’Reilly over the sexual harassment claims last week, was not familiar with the details of the accusations against him.

“I’m more familiar with this case than I am with, say, health care,” he replied. “But I didn’t really look into it much, no.”

Watch the sketch above.