Uber Fires Back at Google-Brought Lawsuit 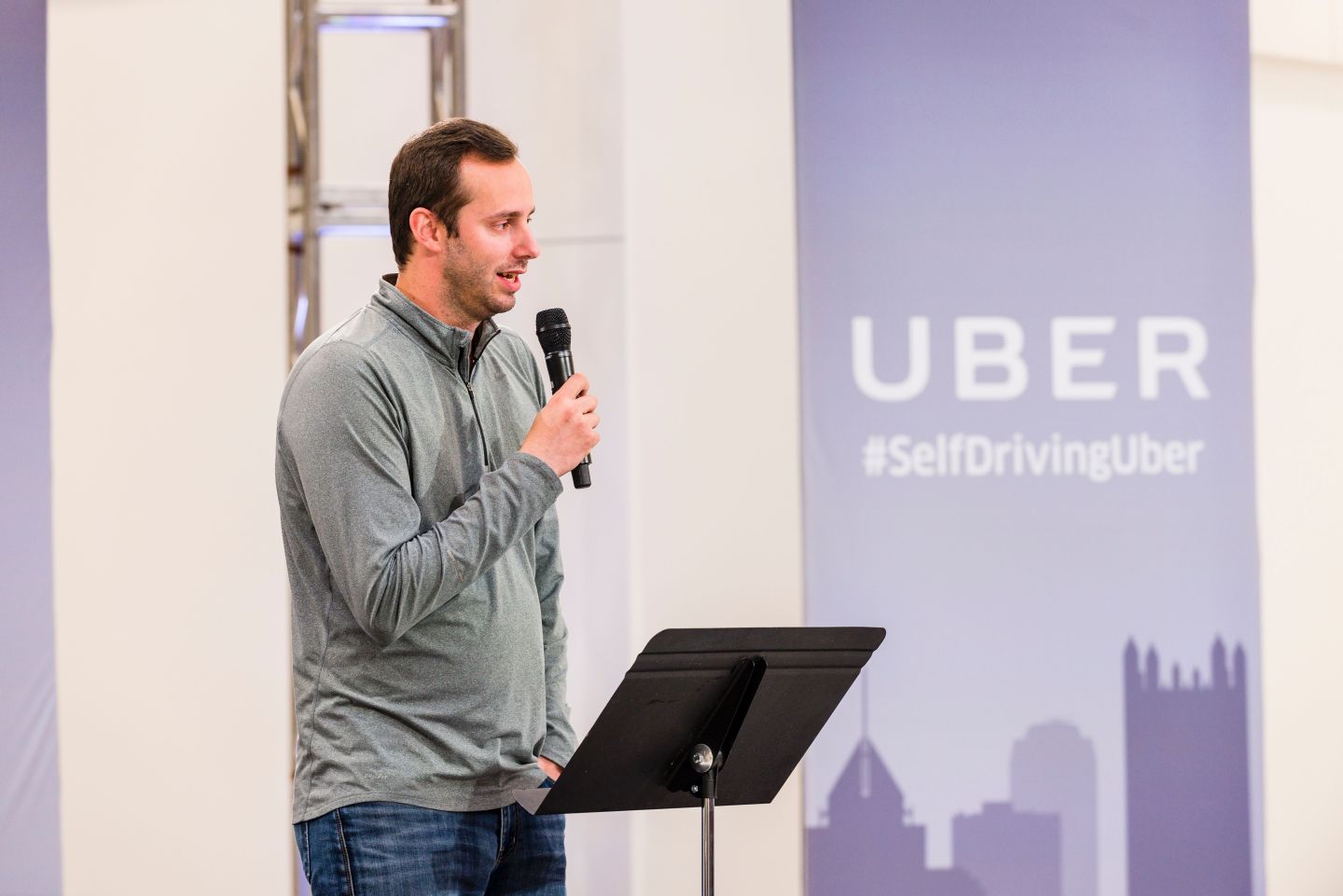 Anthony Levandowski, Otto Co-founder and VP of Engineering at Uber, speaks to members of the press during the launch of the pilot model of the Uber self-driving car at the Uber Advanced Technologies Center on September 13, 2016 in Pittsburgh, Pennsylvania. Uber launched a groundbreaking driverless car service, stealing ahead of Detroit auto giants and Silicon Valley rivals with technology that could revolutionize transportation. / AFP / Angelo Merendino (Photo credit should read ANGELO MERENDINO/AFP/Getty Images)
ANGELO MERENDINO—AFP/Getty Images

Uber responded Friday to a lawsuit filed by Waymo, the Google self-driving project that spun out to become a business under Alphabet, calling it meritless and “demonstrably false.” The response was Uber’s latest effort to prevent a judge in a high-stakes lawsuit from stopping the development of Uber’s own self-driving car technology.

The ride-hailing services company presents several arguments in its opposition filing, including that the design of a key piece of technology at the heart of the lawsuit is different than Waymo’s. Uber also contends it doesn’t have files containing trade secrets that Waymo has alleged one of its former employees stole before leaving to start his own business, which was later acquired by Uber.

In February, Waymo filed a lawsuit against self-driving truck startup Otto and its parent company Uber for patent infringement and stealing trade secrets. The lawsuit alleges that Otto and Uber are using key parts of Waymo’s self-driving technology, specifically related to its light detection and ranging radar. This technology, known in the industry as LiDAR, measures distance using laser light to generate a highly accurate three-dimensional map of the world around the car.

Otto, which was founded by former Google car and map veterans Anthony Levandowski and Lior Ron, was acquired by Uber in August 2016 for $680 million. Waymo’s lawsuit accuses Levandowski of downloading more than 14,000 confidential and proprietary files shortly before his resignation. The 14,000 files included a wide range of highly confidential files, including Waymo’s LiDAR circuit board designs, the lawsuit claims.

Waymo was copied on an email from one of its LiDAR component vendors, according to Waymo’s account in its lawsuit against Uber. The email included attached machine drawings of an Uber LiDAR circuit board. Waymo says in the lawsuit that the circuit board bears a striking resemblance to its own highly confidential and proprietary design and reflects Waymo trade secrets.

In the weeks since the initial filing, Waymo has asked for a preliminary injunction against Uber that would prevent the ride-hailing company from using what it says are stolen trade secrets. Waymo also amended its original lawsuit, adding a new patent infringement claim.

Now Uber is trying to fight back to prevent a judge from derailing its self-driving car program. Uber argues there is no evidence of any stolen files. The company also says its LiDAR design is different from Waymo’s product.

“Waymo’s injunction motion is a misfire: there is no evidence that any of the 14,000 files in question ever touched Uber’s servers and Waymo’s assertion that our multi-lens LiDAR is the same as their single-lens LiDAR is clearly false,” Angela Padilla, associate general counsel said in a statement. “If Waymo genuinely thought that Uber was using its secrets, it would not have waited more than five months to seek an injunction. Waymo doesn’t meet the high bar for an injunction, which would stifle independent innovation and competition.”

Within the filing, Uber makes these key arguments:

Uber pushes its point even further, suggesting that an injunction would actually be a risk to public safety. The important nugget in the filing:

“To hinder Uber’s continued progress in its independent development of an in-house LiDAR that is fundamentally different than Waymo’s, when Uber has not used any of Waymo’s trade secrets, would impede Uber’s efforts to remain a viable business, stifle the talent and ingenuity that are the primary drivers of this emerging industry, and risk delaying the implementation of technology that could prevent car accidents. Ultimately, that would be harmful to the public.”

Waymo remains unmoved. In a comment reacting to the opposition filing, the company was steadfast in its efforts to stop Uber.

“Uber’s assertion that they’ve never touched the 14,000 stolen files is disingenuous at best, given their refusal to look in the most obvious place: the computers and devices owned by the head of their self-driving program,” a Waymo spokesman said. “We’re asking the court to step in based on clear evidence that Uber is using, or plans to use, our trade secrets to develop their LiDAR technology, as seen in both circuit board blueprints and filings in the State of Nevada.”

Uber is in a challenging position, as U.S. District Court Judge William Alsup in San Francisco noted in court proceedings on April 5. Uber’s lawyers have said that Levandowski, who is not a defendant in the case, is exercising his Fifth Amendment right to avoid self-incrimination.

At the time, Alsup urged Uber’s lawyers to present stronger evidence to support their argument. “If all you can show is that you can’t find them in your files, there’s going to be a preliminary injunction of some sort,” Alsup says, according to an excerpt in a court transcript.

“It can’t be helped. You have got to do more than what you are telling me. Your guy should return—he’s not denying it, you’re not denying it, no one on your side is denying that he has the 14,000 files. Maybe you will, maybe you will. But so far, you haven’t denied it. And if it’s going to be denied, then how can you take the Fifth Amendment? Or how can he take the Fifth Amendment?

“This is an extraordinary case. I have never seen a record this strong in 42 years. So you are up against it. And you are looking at a preliminary injunction, even if what you tell me is true.”