Former U.S. Attorney Who Was Fired By Trump Mocks the President in Speech 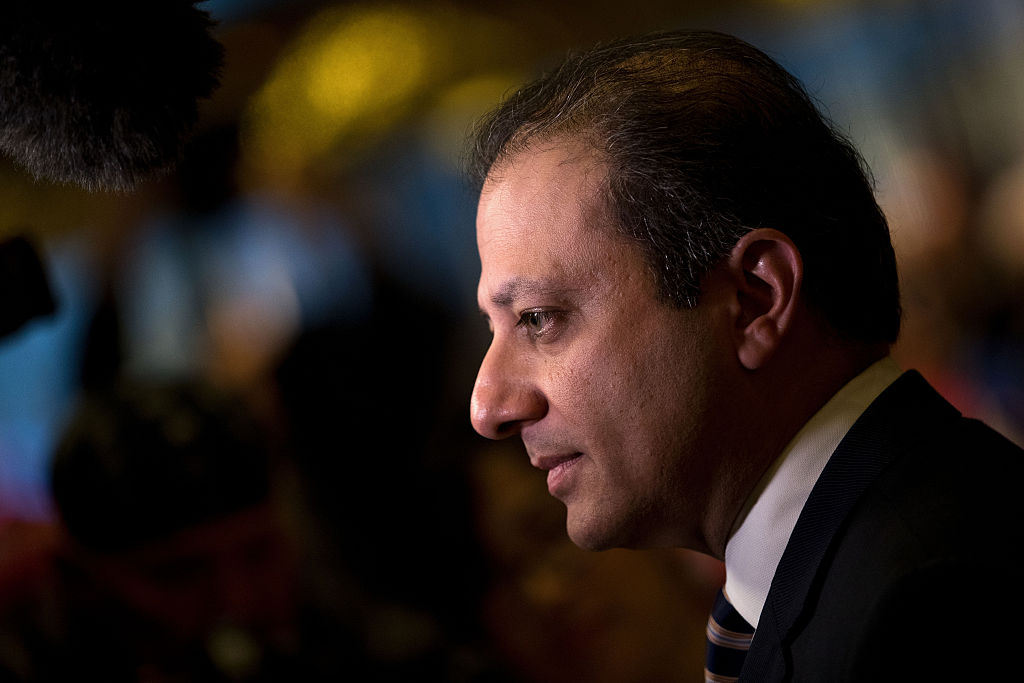 Former Manhattan U.S. Attorney Preet Bharara took several shots at the administration of President Donald Trump on Thursday, calling for “facts not falsehoods” as the basis for political discourse and a more welcoming stance towards immigrants in his first public speaking event since being fired one month ago.

Bharara sprinkled the hour-long speech with humor, including a joke about the size of the crowd clearly aimed at Trump. But Bharara also made a series of thinly veiled criticisms of the new administration, referring multiple times to Trump’s campaign pledge to “drain the swamp” in Washington.

“To drain a swamp you need an army corps of engineers, experts schooled in service and serious purpose. Not do-nothing, say-anything, neophyte opportunists who know a lot about how to bully and bluster but not so much about truth, justice and fairness.”

Bharara was fired by Trump on March 11 after refusing to step down. While he was among 46 U.S. attorneys told to submit their resignations, his dismissal was a surprise because Trump had asked him in November to stay in the job.

Bharara has said it was not made clear to him at first whether or not he was being dismissed. He joked about that initial confusion with a reference to Trump’s TV reality show in which he regularly fired people on the spot.

“I don’t really understand why this was such a big deal, especially to this White House. I had thought that was what Donald Trump was good at,” Bharara said.

As the chief federal prosecutor for the Southern District of New York, Bharara oversaw several notable corruption and white-collar criminal cases, as well as cases involving national security. He said he was equally proud of the less high-profile work his office did to combat gangs and consumer fraud.

Bharara said he expected his successor to carry on with the office’s reputation for independence. He did not comment on who his possible successor. As for his own future, Bharara ruled out running for public office.

“I don’t have any plans to enter politics just like I have no plans to join the circus. And I mean no offense to the circus.”