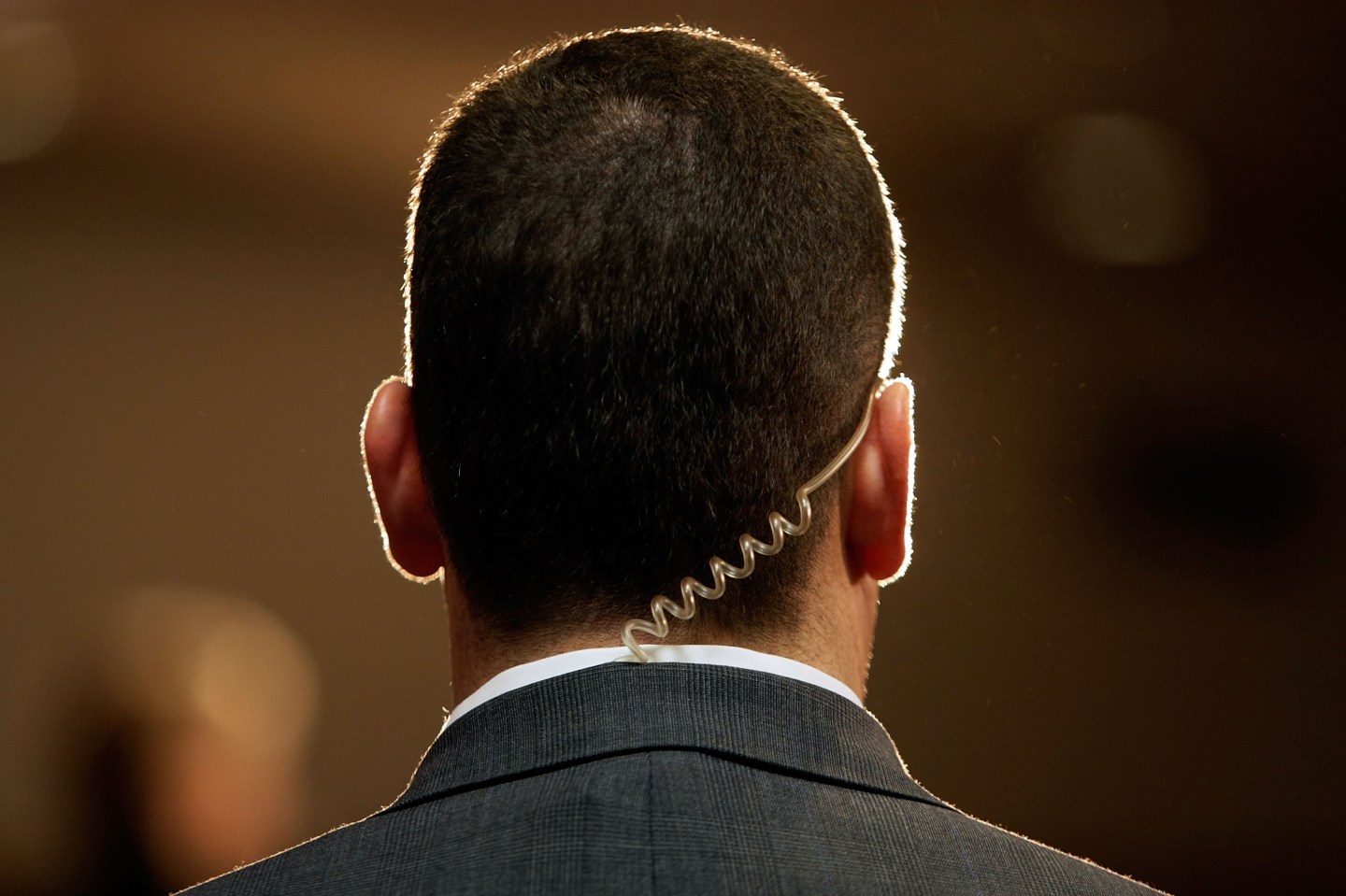 DAVENPORT, IA - JANUARY 02: A secret service agent wears an earpiece as Democratic presidential candidate Sen. Hillary Clinton (D-NY) speaks during a campaign stop at the Mississippi Valley Fairgrounds January 2, 2008 in Davenport, Iowa. With the Iowa caucuses one day away the race has tightened in both Iowa and New Hampshire. (Photo by Joe Raedle/Getty Images)
Joe Raedle/Getty Images/File

A Secret Service agent on Vice President Mike Pence’s detail has been suspended after meeting with a prostitute. That’s according to an agency spokesperson who spoke on condition of anonymity in order to discuss details of the incident beyond a public statement.

The agent was not on duty at the time.

The agency says in a statement that it is aware of an alleged incident involving an off-duty employee. CNN first reported the incident Wednesday.

The agency says the incident is under investigation by its Office of Professional Responsibility. It says the agent has been forced to surrender equipment and has been placed on administrative leave.

The agency says it takes allegations of criminal activity very seriously and it is exploring a range of disciplinary actions.