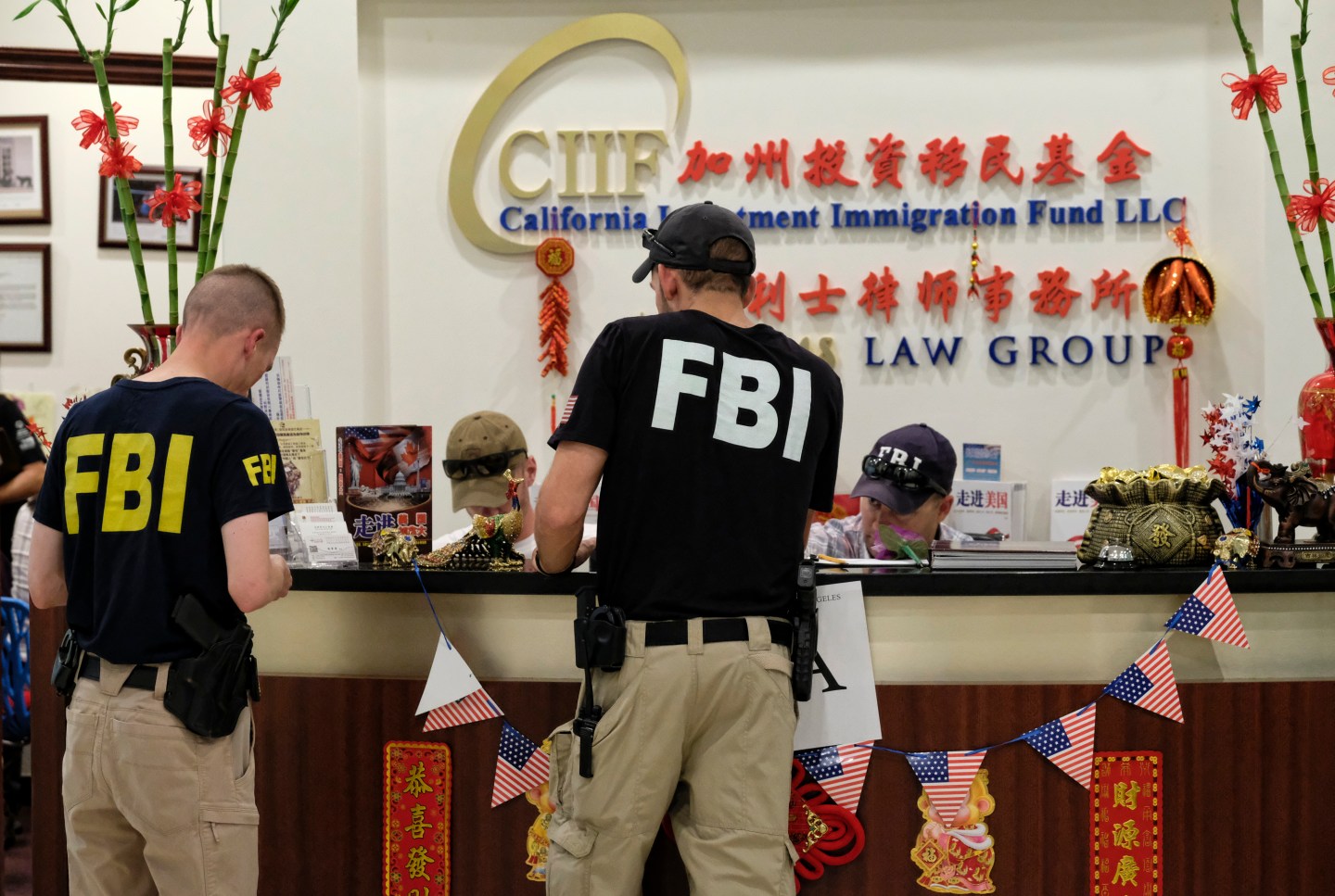 Federal authorities on Wednesday raided a Los Angeles-area business accused of facilitating a $50 million scam that defrauded a government visa program meant to obtain green cards for wealthy foreign investors, according to the AP.

The visa program, EB-5, grants foreign investors green cards if they commit at least half a million dollars to a government-approved job-creating program. According to federal court filings cited by the AP, the California Investment Immigration Fund sought green cards for more than 100 Chinese investors on the promise of construction projects, but none of those projects were ever built.

The investment fund allegedly refunded some of the $50 million raised to the original investors, while about $15 million of the cash was used to buy personal homes for the two men running the fund and one of their daughters, according to the Los Angeles Times. In other cases, the fund fronted the money for people who were not actually legitimate investors at all. To top it off, three investors who obtained green cards were fugitives wanted by the Chinese government.

Around 30 of the investors received either a portion or all of their money back and didn’t report the refund to the government, according to the Times, but investigators have yet to sort out which of the other investors were complicit and which were victims of the scheme. Unpacking the full extent of the fraud may take some more time. The investigation found at least 72 bank accounts links to the investment fund or its holding companies, with most of the $50 million deposited in it between 2009 and 2016 originating in Hong Kong or mainland China.

Although investigators have been building a case against the fund for at least four years, no charges were filed Wednesday and no arrests are immediately expected, according to the AP.

EB-5 visas have had successes and have become very popular over the last several years, with the government going from issuing 350 in 2005 to 9,500 in 2015, the Times reports. But the program has been criticized for the ease with which it allows for fraud and misuse due to poor oversight.