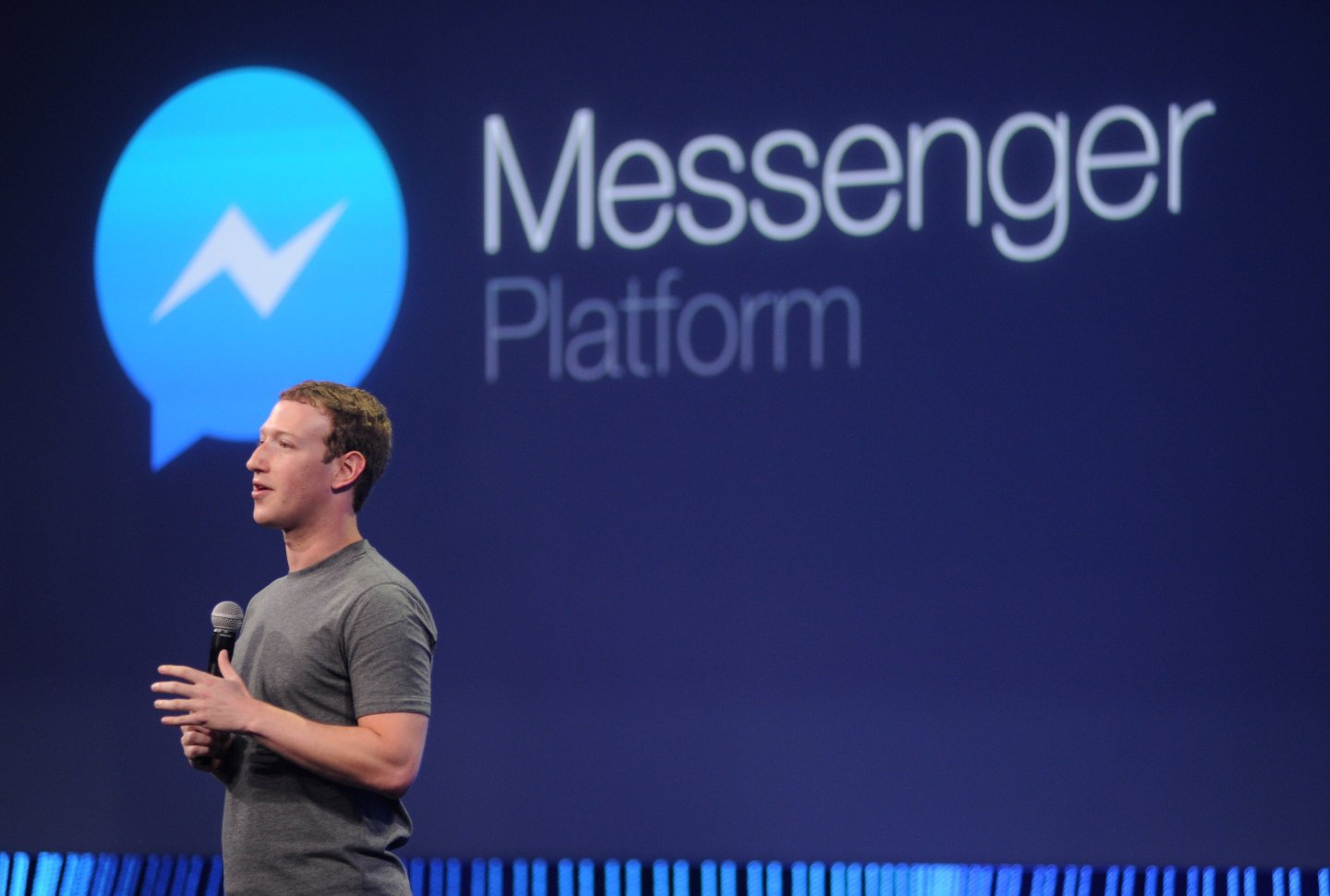 Facebook will soon start weighing in on your conversations. The social media giant announced Thursday that it’s bringing a virtual assistant to its Messenger chat app that aims to make helpful suggestions based on your exchanges.

The feature, which will immediately begin rolling out to iPhone and Android users in the U.S., aims to speed up tasks like making plans or settling a restaurant bill with friends. If you receive a message inviting you to dinner, for example, a button will pop up encouraging you to start planning the outing. Or if a friend reminds you that you owe him or her $20 for drinks from last week, Facebook (FB) will serve up a feature that lets you repay that friend with a tap.

The new assistant will also ask you if you’d like to share your location if a friend asks where you are, suggest that you start a poll if you’re trying to get a group to make a decision (i.e. Should we get pizza or burritos for dinner?), and will offer to request an Lyft or Uber if your conversation mentions getting a ride.

Users will have the option to turn off the suggestions.

The feature is powered by a version of Facebook’s previously announced M digital aide. It’s not the full version of M, however — it’s just one element of it that’s now rolling out on a larger scale. And while Facebook introduced M as a virtual butler driven by humans and artificial intelligence working together, the version coming to Messenger is fully software-based. The company said it plans to add more AI-powered features in the future, and that the software will get smarter over time as it learns your habits and preferences.

Although Facebook’s technology is able to proactively make suggestions based on the context of your chat, it doesn’t actually store any of the data from your conversation. Instead, it learns how to recognize patterns in messaging threads and apply answers to those patterns, according to Stan Chudnovsky, Facebook’s head of product for Messenger.

Facebook’s new Messenger feature comes as a wide array of other technology companies, from Apple to Amazon, are also looking to expand the capabilities of their own digital aides. Google, for instance, recently introduced a chat app called Allo with a built-in version of the company’s Google Assistant helper. Each firm has particular advantages in this battle. For Facebook, success may lie in scale — Messenger now has more than one billion users, and every interaction that its AI has with a person can potentially make it smarter and more useful. But if Facebook’s users perceive the new feature as invasive, they might simply turn it off, privacy assurances notwithstanding.