Delphi Pushes Deeper Into the Business of Big Data 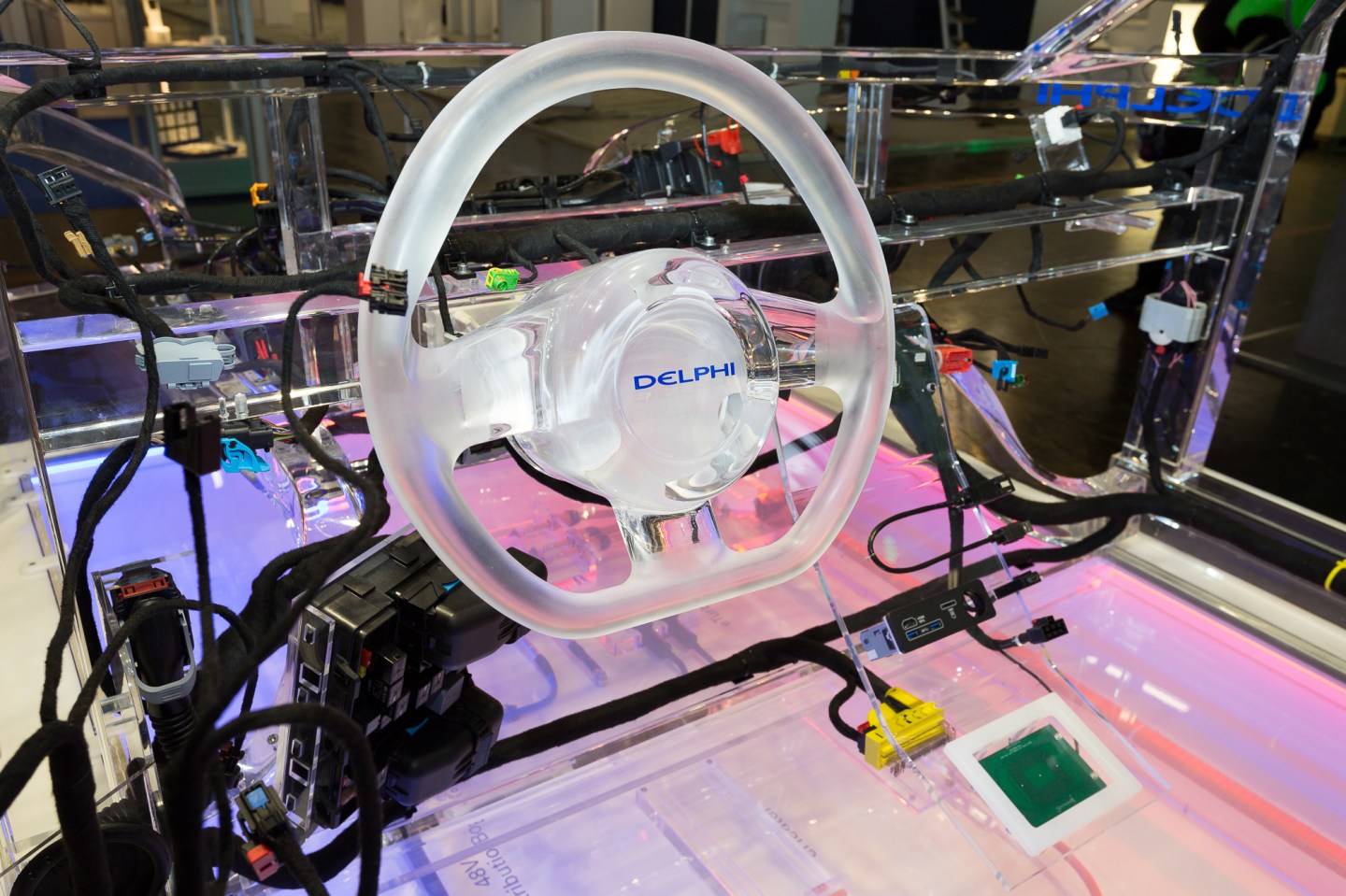 Auto parts supplier Delphi has wrapped up a trio of strategic agreements and investments that will help it—and its customers—profit off of the mass of data produced by car and trucks connected to the Internet.

The company announced Thursday several partnerships and investments in companies that specialize in high-speed data transmission, Internet connectivity in vehicles, and data management. The idea is to cover each step in the Big Data path from within the car to the cloud and finally, organizing the data so it can be used by automakers to generate revenue.

Delphi has partnered and taken a minority stake in Valens, an Israeli semiconductor startup that makes a chip-to-chip technology to provide connectivity speeds six times faster than today’s industry standard of 1 gigabyte per second. The company’s HDBaseT technology can be used to transmit uncompressed high quality images and audio, the kind of capability used in advanced infotainment, advanced driver assistance, and telematics systems.

Delphi also announced it has partnered with Rosenberger, a German company that makes ethernet connectors to tie together the vehicle architecture of these platforms.

Finally, the auto parts supplier says it has invested in otonomo, a company that manages and uses data generated by connected cars. Otonomo links vehicle data from any automaker so the companies can sell that information to customers such as retailers, insurance, fleet transportation, and vehicle repair businesses as well as emergency services. The company aggregates and organizes the anonymous data.

The investment in otonomo rounds out Delphi’s portfolio of data management capabilities, namely its $100 million acquisition of Control-Tec, a data acquisition and analytics software company, and Movimento, which provides over-the-air software updates.

The amount of information generated by cars has exploded as more new vehicles—often equipped with sensors to support advanced driver assistance features—become connected to the Internet. For instance, GM released a few statistics lin February that shows just how much data its customers use while in the car. Chevrolet owners used more than 4.2 million gigabytes (4.2 petabytes) of data in 2016—a 200% from the previous year. To put this data usage in perspective, Chevrolet owners and their passengers streamed the equivalent of more than 17.5 million hours of video in 2016.