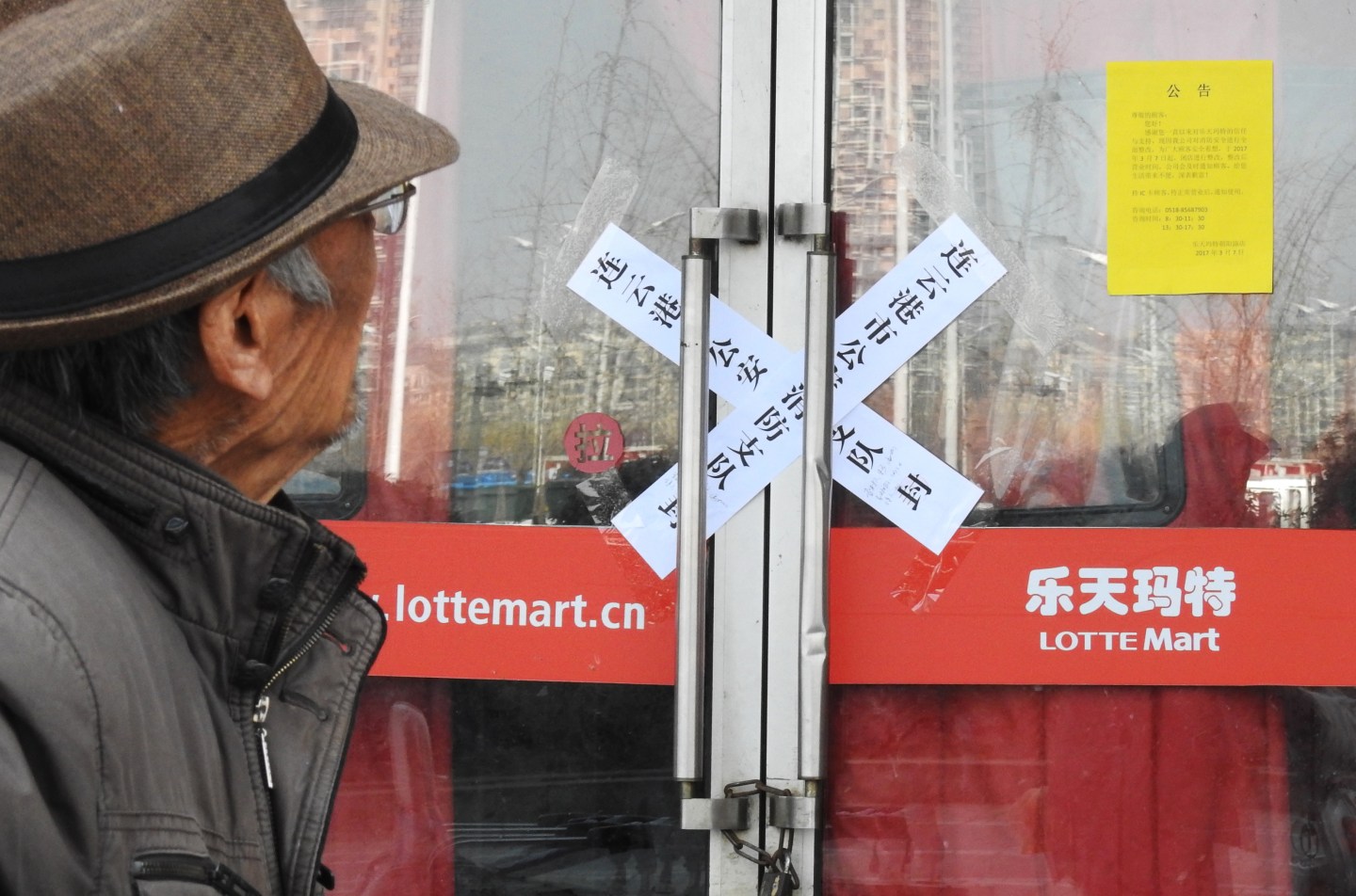 A man looks at the door of a closed Lotte store in Lianyungang in China's eastern Jiangsu province on March 7, 2017. The store was closed on March 7 with announcements on the doors saying that fire safety issues needed to be rectified. South Korean companies are facing a backlash after South Korea's Lotte Group provided land for a US missile-defence system to defend against North Korean missiles, angering Beijing, which fears it will undermine its own military capabilities. / AFP PHOTO / STR / China OUT (Photo credit should read STR/AFP/Getty Images)
STR/AFP/Getty Images

South Korea’s Lotte Group will continue to invest in its China business despite diplomatic tensions over the deployment of a U.S. missile defense system, a Lotte executive said on Monday, denying rumors it wants to scale back its China operations.

South Korea and its ally the U.S. say the system is designed to thwart nuclear-armed North Korea’s missile threat, but Beijing says its radar can also reach far into China. Chinese state media have called for a boycott of Lotte businesses in response to the THAAD deployment.

“Currently we plan to continue to invest in our China business and continue to strengthen the business,” top executive Hwang Kag-gyu told reporters.

Hwang is the head of Lotte Corporate Innovation Office and is viewed as the second-highest executive next to Chairman Shin Dong-bin.

“It’s been 20 years since Lotte entered the China market … we believe the China business is still in an investment period,” he said.

South Korean media including wire service Yonhap have raised the possibility of Lotte scaling back its China business in the wake of the backlash against the company there.

Out of 99 Lotte hypermarkets in China, 75 had been closed by Chinese authorities as of April 2, a Lotte Mart spokesman said.

Hwang said Lotte was working to fix problems at the hypermarkets that were raised by Chinese regulators in the wake of the missile deployment.

China is Lotte’s biggest overseas market and generated more than $2.70 billion in annual revenue in 2015. It is also one of four strategic markets along with Vietnam, Russia and Indonesia that Lotte has been focusing on, as retail growth in its home market slows.

Hwang said the planned initial public offering of Hotel Lotte would depend on its key duty-free business recovering from the “THAAD effect.” What had been a $4.5 billion IPO was shelved last year.

“We do not know 100% what their [Chinese authorities’] intentions are, so concerning future developments, all we can do is watch,” he said.