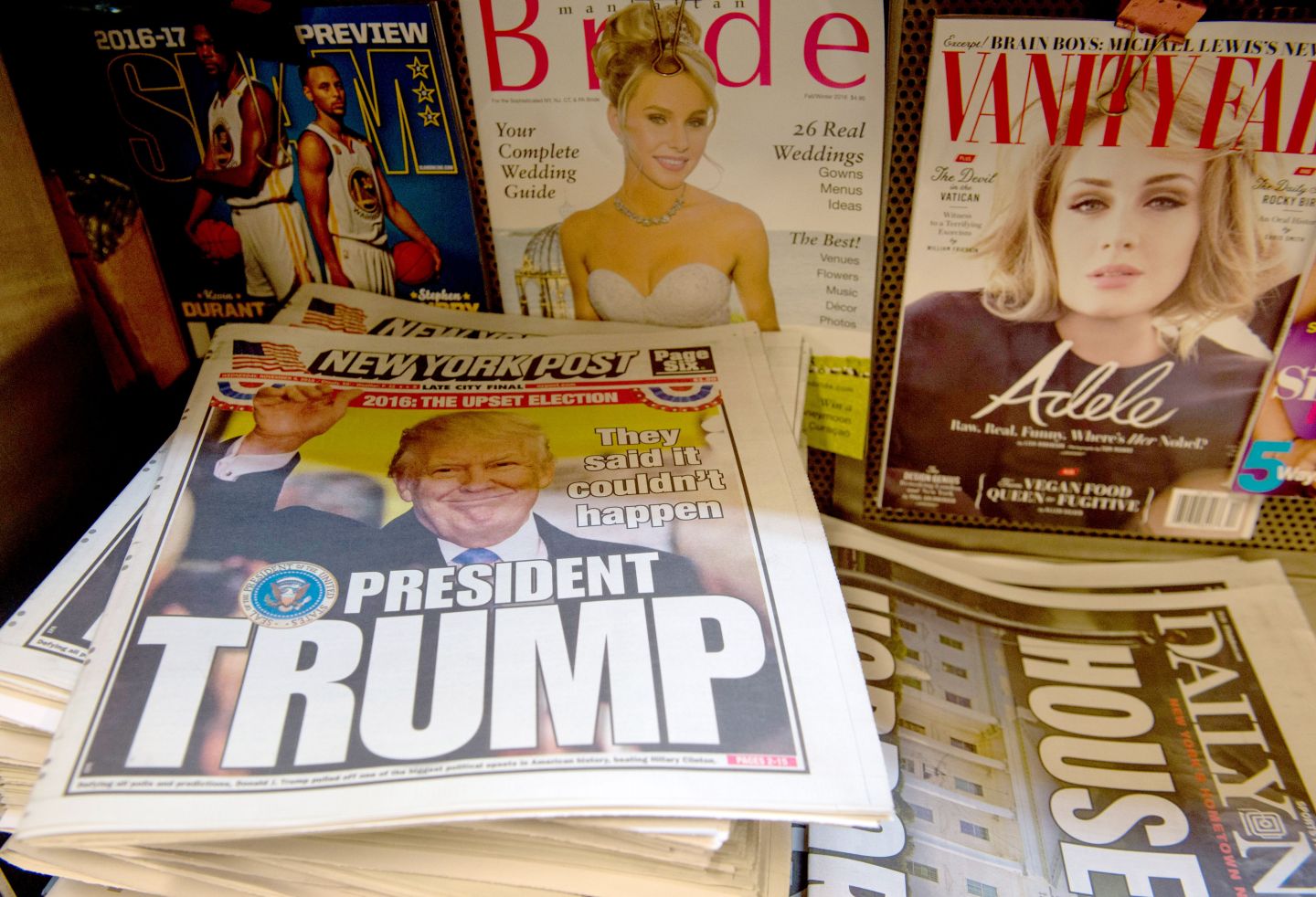 A New York Post is seen in a kiosk following Donald Trump's presidential win November 9, 2016. Political novice and former reality TV star Donald Trump has defeated Hillary Clinton to take the US presidency, stunning America and the world in an explosive upset fueled by a wave of grassroots anger. The Republican mogul immediately pledged to unite a nation deeply divided after the bitterest election in recent memory, vowing to be a "president for all Americans." / AFP / Bryan R. Smith (Photo credit should read BRYAN R. SMITH/AFP/Getty Images)
BRYAN R. SMITH AFP/Getty Images

The New York Post apologized early on Sunday hours after its app was apparently hacked with what was reported to be alerts about President Donald Trump.

“The push alert system for our mobile app was compromised this evening. Please accept our apologies,” the newspaper said on Twitter several hours after the alerts went out.

The push alert system for our mobile app was compromised this evening. Please accept our apologies.

The tabloid newspaper did not provide details of the alerts from its app, but screen grabs posted online by Twitter users included an alert reading “Heil President Donald Trump!” among a series that ran on Saturday, which was April Fool’s Day.

Other posts were more cryptic, vague or seemingly religious in nature, with the final one reading “with Lucid Love, Selah,” according to media reports and screen shots posted on Twitter.

you hack into @nypost push notifications and this is the best you come up with??? pic.twitter.com/mUZZ6bfpZ3