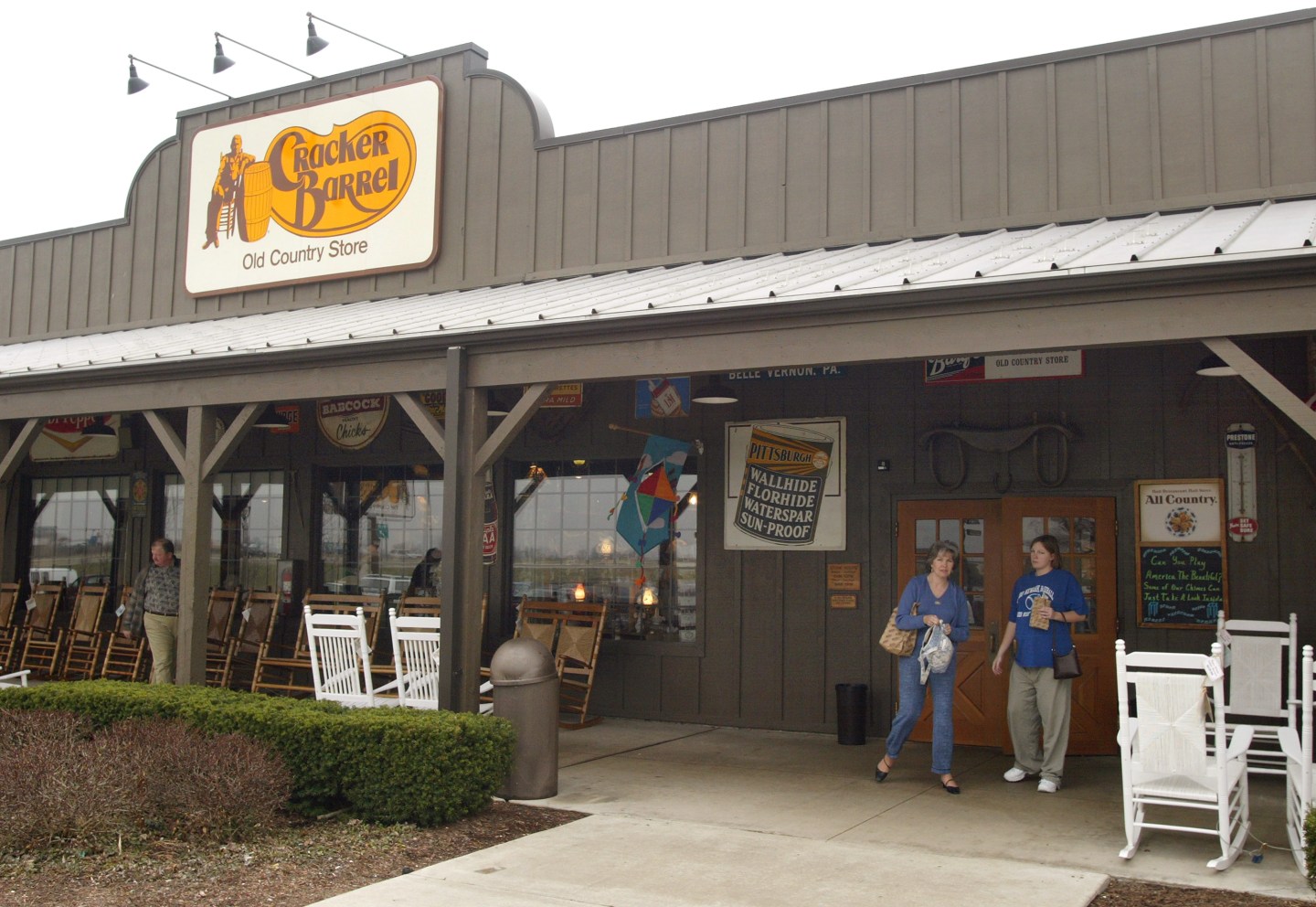 Last week, the Internet got very, very upset about the plight of a former Cracker Barrel employee in Indiana, known only as “Brad’s wife.”

The saga started after Cracker Barrel (CBRL) allegedly fired the woman, whose real name is Nanette Byrd, without cause, after she’d worked at the Southern comfort food chain for 11 years. Byrd’s husband, Bradley Reid Byrd, then posted on Cracker Barrel’s Facebook page a simple query: “Why did you fire my wife?”

Not only did Brad’s message go viral, but the social media community took up the cause, posting thousands of outraged comments on the restaurant’s Facebook posts, and demanding on Twitter that the company answer his question. The Internet trolls’ protest even continued over at Instagram. More than a week later, Brad is still waiting for a response, and hashtags including #BradsWife, #JusticeForBradsWife, #BradsWifeMatters and #NotMyCountryStore continue to trend.

In the meantime, though, dozens of American companies have offered to come to Brad’s wife’s rescue, and give her what she ostensibly needs even more than Cracker Barrel’s excuse for letting her go: a job. Companies now hiring Brad’s wife include multiple locations of fast-food chain Chick-fil-A, a Dairy Queen in Illinois, Chili’s, sandwich chain Jimmy John’s, cosmetics company Rodan + Fields, Hooters, and Wendy’s, which has been fielding pleas from myriad strangers to hire Nanette.

Indeed, Twitter users are also publicly calling for companies such as supermarket chain Publix, Bob Evans Farms, Denny’s, Waffle House, IHOP, Applebee’s and Taco Bell to hire Brad’s wife. Employees have taken it upon themselves to welcome her; for example, Chick-fil-A stores from Texas to Tennessee have posted notices saying “now hiring Brad’s wife,” but a company spokesperson says “decisions like sign verbiage are not made at the corporate level.” A man running for Congress in South Carolina has even made a campaign promise to find a job for Brad’s wife if he is elected.

We’ve compiled a list below of Brad’s wife’s many new job options. First, though, for a taste of the firestorm, here is a small sampling of the 5,615 Facebook comments on Cracker Barrel’s post about a new menu addition featuring “sweet maple pepper bacon”:


And here is how others are expressing their concern for Brad’s wife:

Now, these are all the employers who have pledged their willingness to hire Brad’s wife even after Cracker Barrel fired her:

@ToolKitRs Tell her to apply. We've heard she has 11 years of dedicated work experience.

If anyone talks to #BradsWife tell her we need her to work at #CougarTuesday tomorrow!

#BradsWife can be a welcome addition to our team anytime! pic.twitter.com/IyiwUsIdMh

We will begin hiring bus drivers again on 4/2. Spread the word and someone tell #BradsWife that we have a spot for her over here. pic.twitter.com/t7PEfbGC0S

Waikiki Restaurant looking to hire #BradsWife! Will pick you up from airport. #JusticeForBradsWife

If #Bradswife knew anything about Vitamins, Supplements and Natural Health, we would hire her. #justiceforbradswife

Someone tell Brad's wife the US Army is hiring with bonus opportunities as high as $40,000! #justiceforbradswife #bradswife #armyrecruiter

If anyone knows #BradsWife, please let her know we are waiting for her to call us so we can schedule her interview.#justiceforbradswife

Brad – Don't worry about your wife, Etech is hiring!#iametech#bradswife#justiceforbradswife#comeworkwithme

Hey #Bradswife we are hiring! Move to Florida…we would love to have you!
Hiring:
1. Customer… https://t.co/xB3i5ic6BG

We're looking for a Business Analyst to join our team. #BradsWife welcome to apply: https://t.co/jThRu0JA8M #hiring

We are hiring an IT Front Desk Receptionist that will work for us as long as #BradsWife worked for Cracker Barrel #BradsWifeMatters #retweet pic.twitter.com/SINJZNeOIW

Brad Byrd did not respond to a request for comment from Fortune on whether Nanette has received any job offers directly yet, or whether she has accepted one, though we will update this story if they reply. Like Brad and his wife, Fortune is also still waiting for a response from Cracker Barrel.