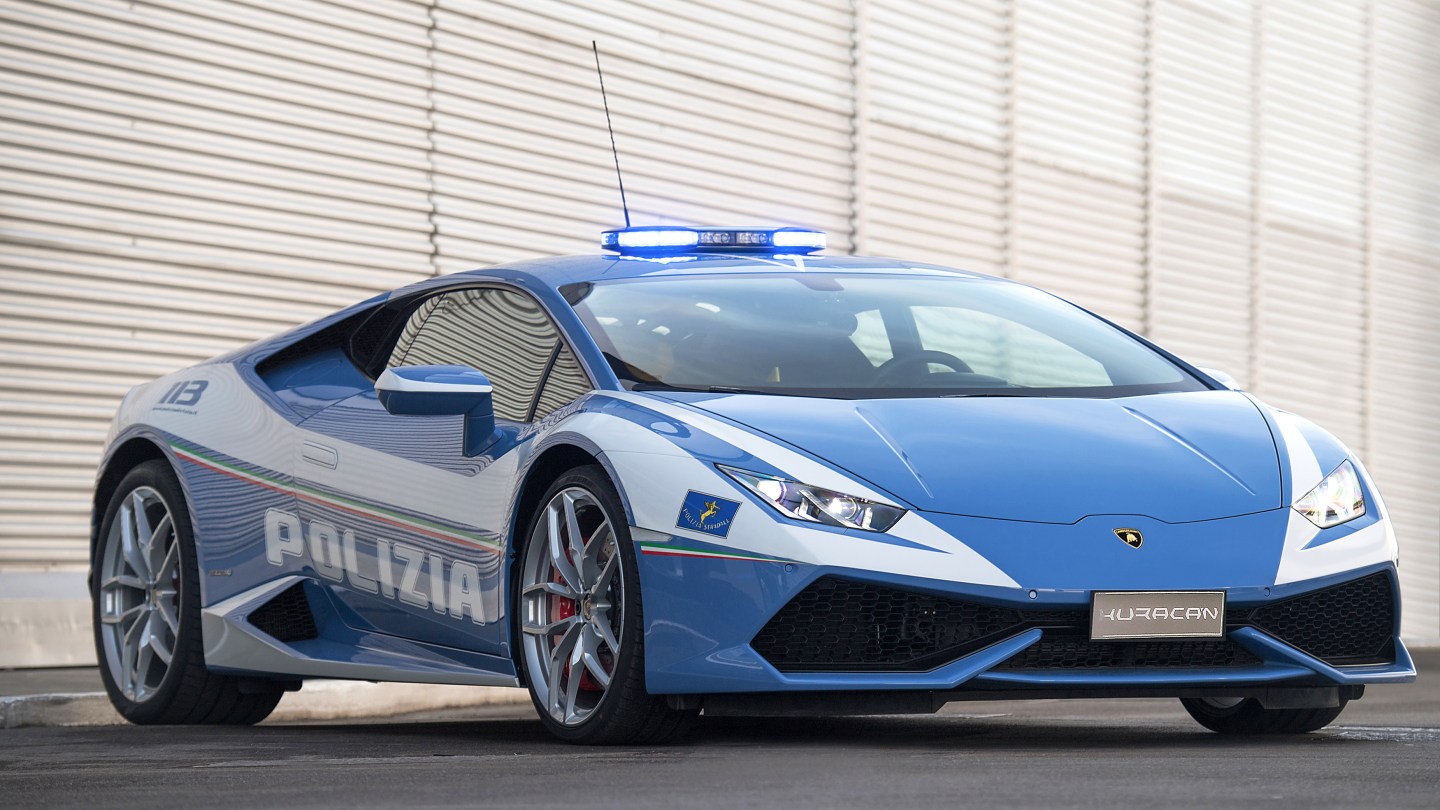 The Italian Highway Patrol has a new weapon in its arsenal: a specially modified Lamborghini Huracán designed to chase down speeding drivers and deliver life-saving organs and blood to hospitals.

Lamborghini delivered Thursday a new Huracán Polizia, the police version of its Huracán super sports car, to the Italian Highway Patrol in Rome. This is the second Huracán to be operated by the highway patrol in Rome since 2015.

This new Huracán Polizia will be assigned to highway patrol in Bologna.

In many ways, the police version of the Huracán vehicle is similar to the one available to Lamborghini’s well-heeled retail customers. The car has a V10 engine that produces 610 horsepower, all-wheel drive, and a hybrid chassis made of aluminum and carbon fiber.

But the police version has it’s own special additions beyond the paint job.

The Huracán Polizia is outfitted with all the accoutrements you might expect a highway patrol officer might need: an on-board tablet and computer, recording equipment and a video camera to document police operations on the road, a gun holster, portable extinguisher, standard VHF police radio, and hooks for retaining the hand-held stop sign used to stop vehicles safely.

There’s also a defibrillator in the car, which can save lives by inducing targeted electric shocks that restore normal heartbeat in case of serious arrhythmia or ventricular fibrillation.

The vehicle also has a special refrigeration system used to transport of organs to be transplanted.

In 2016, a number of transport operations were performed with the Lamborghini cars operated by the Italian police, according to Lamborghini.