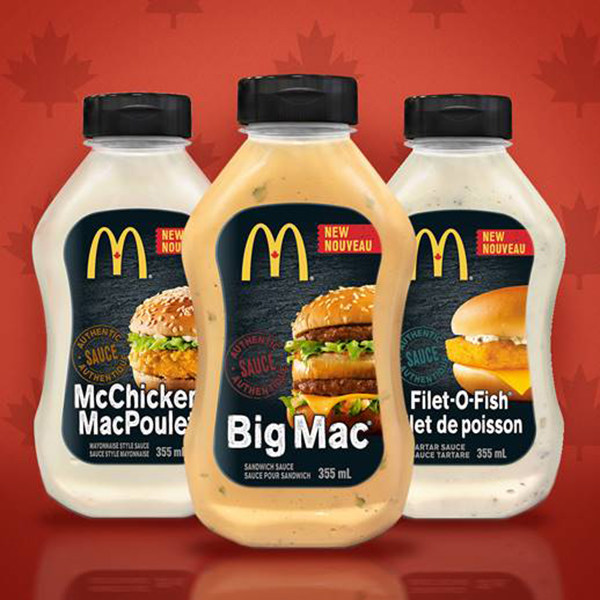 McDonald’s fans in Canada can soon find the fast food chain’s special sauces in stores across the country.

Supermarkets throughout Canada will have Big Mac, McChicken and Filet-O-Fish sauces available on its shelves starting this spring, McDonald’s confirmed.

“With this launch, Canadians will now be able to experience the world famous sauces they love at home,” spokesman Adam Grachnik said in a statement.

Canadian food blogger Diana Chan first broke the news about the sauces after visiting the Heinz Kraft booth at a food show. She wasn’t allowed to sample the sauces at the time, but said she would stock up on each of the condiments once they hit shelves.

The popular sauces are available on the famed McDonald’s sandwiches — and tough to come by elsewhere. The fast-food chain offered 10,000 bottles of the Big Mac sauce in the U.S. in January for the first time. Currently, the sauces sell on eBay from anywhere between $20.50 and $25,000.