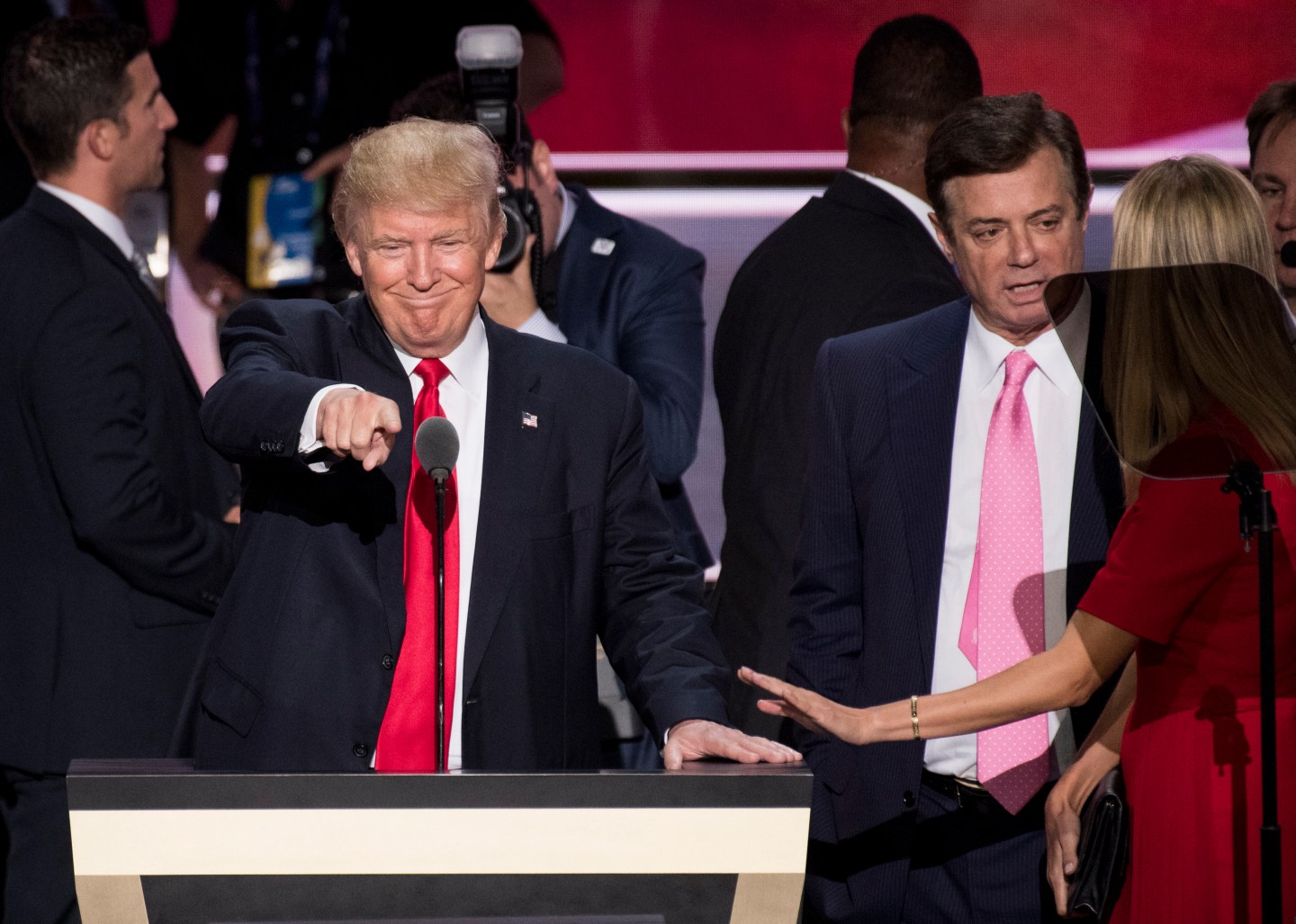 Donald Trump, flanked by Paul Manafort and daughter Ivanka, checks the podium in preparation for accepting the GOP nomination to be President at the 2016 Republican National Convention in Cleveland, Ohio on Wednesday July 20, 2016.
Bill Clark CQ-Roll Call,Inc.

It could be the sheer volume of Donald Trump-related news, or it might be the fact that Fox News is tuned in to the mood of those who elected him president. Whatever the reason, the conservative-leaning network just turned in the best quarter in cable news history.

Fox News closed out the quarter with the highest 24-hour viewership rating ever recorded, according to audience analytics company Nielsen Research. It was number one in the entire cable universe in both prime time and total day viewership, beating networks like ESPN and HGTV.

The latest quarter is the 61st time in a row that Fox News has taken the number one spot in both the prime time and total day viewership categories for cable news.

The O’Reilly Factor, the network’s flagship show, also had its highest quarterly ratings ever, and broke all cable industry records for the most-watched news show, with 4 million viewers.

But it’s not just O’Reilly that has been getting a boost—in the overall ranking of cable news for 2016, Fox had all 10 of the top 10 most-watched shows, and 11 out of the top 12. The 12th spot went to Rachel Maddow’s show on MSNBC.

Fox averaged 1.7 million total day viewers in the latest quarter, an increase of 27% and significantly more than CNN—which had 823,000—and MSNBC’s 776,000. Although it came third in the rankings, however, MSNBC showed the most growth in daily viewership, increasing its reach by 55%.

While the overall news title went to Fox News as usual, CNN managed to have its best quarter in almost 15 years, thanks to the seemingly never-ending stream of election-related news and Trump coverage. It had its second highest ratings for total day viewers and third highest in prime time.

CNN noted that its growth doesn’t look as impressive as its competitors in part because the network had a number of special presidential debates and town-hall events in the first quarter of last year that boosted its reach, so the rise since then is smaller by comparison.