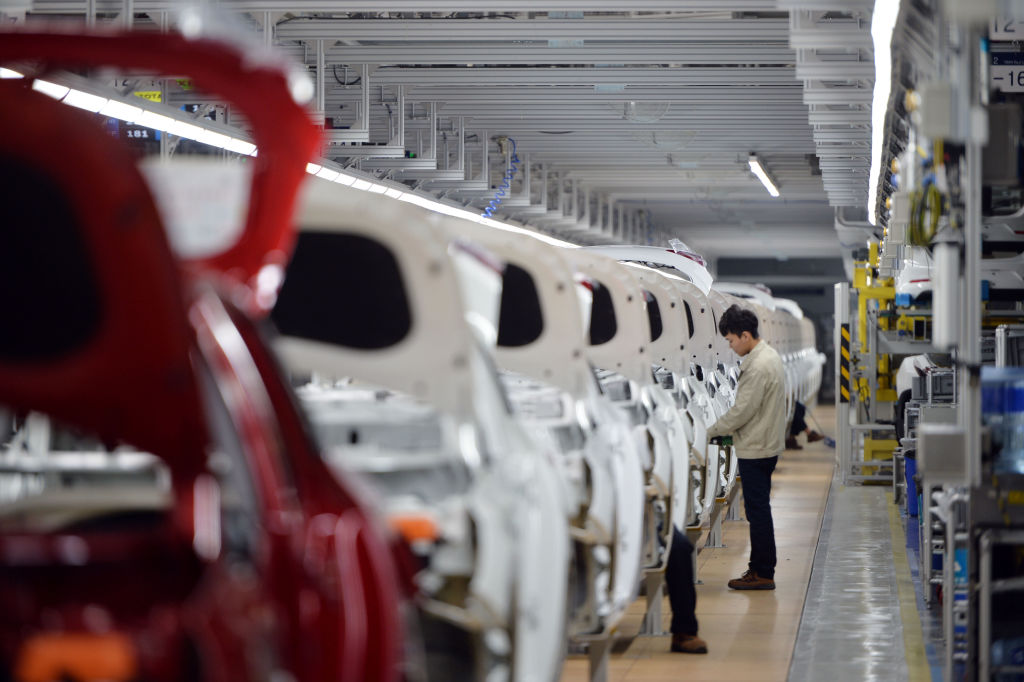 This photo taken on Feb. 21, 2017 shows a worker in a Hyundai factory in Cangzhou, in China's northern Hebei province.
STR/AFP/Getty Images

South Korea’s Hyundai Motor (HYUNDAI-MOTOR) on Monday said it had suspended production at one of its Chinese factories for a week, fueling concern that a diplomatic standoff may be hurting sales in the automaker’s top market.

South Korean companies, from cosmetics firms to retailers, say they are being targeted in China because of Beijing’s objections to a planned deployment of the U.S. Terminal High Altitude Area Defence (THAAD) system in South Korea. China worries the system’s powerful radar can penetrate its territory.

News of Hyundai’s China plant closure, first reported by online media ChosunBiz on Sunday, drove shares of the company down as much as 3% on Monday. The shares recovered slightly to end down 1.2%.

Hyundai said it had suspended the plant in Hebei Province, from March 24 to April 1, in order to check its production line to modify technology. The automaker has three other passenger car factories in China – a country that accounts for about a quarter of its total sales. No further details were available.

Industry officials and analysts say the suspension may be aimed at bringing down inventories given slowing sales in China, due to political tension and rising competition.

Ko Tae-bong, an analyst at Hi Investment & Securities, said Hyundai’s March sales in China may have fallen year-on-year due to the political spat, after gaining in January and February.

The automaker is already grappling with falling market share in China with a product line-up that features more sedans at a time when sport utility vehicles have become more popular.

The automaker plans to start production at a fifth China factory later this year. Hyundai’s China operations are a 50-50 joint venture with state-owned Beijing Automotive.

Hyundai officials have previously said the company’s business ties with Chinese firms meant they were less likely to be the main target of any punishment resulting from the diplomatic standoff over the deployment of the THAAD.

The chill in business ties between the nations is evident from the fact that China’s tourism ministry has instructed tour operators in Beijing to stop selling trips to South Korea, while state media has called for a boycott of South Korean goods.

Chinese authorities have also closed nearly two dozen retail stores of South Korea’s Lotte Group, with some workers saying the closures were fire-safety related. Earlier this year, Lotte approved a land swap outside Seoul that will allow South Korea to install the THAAD.