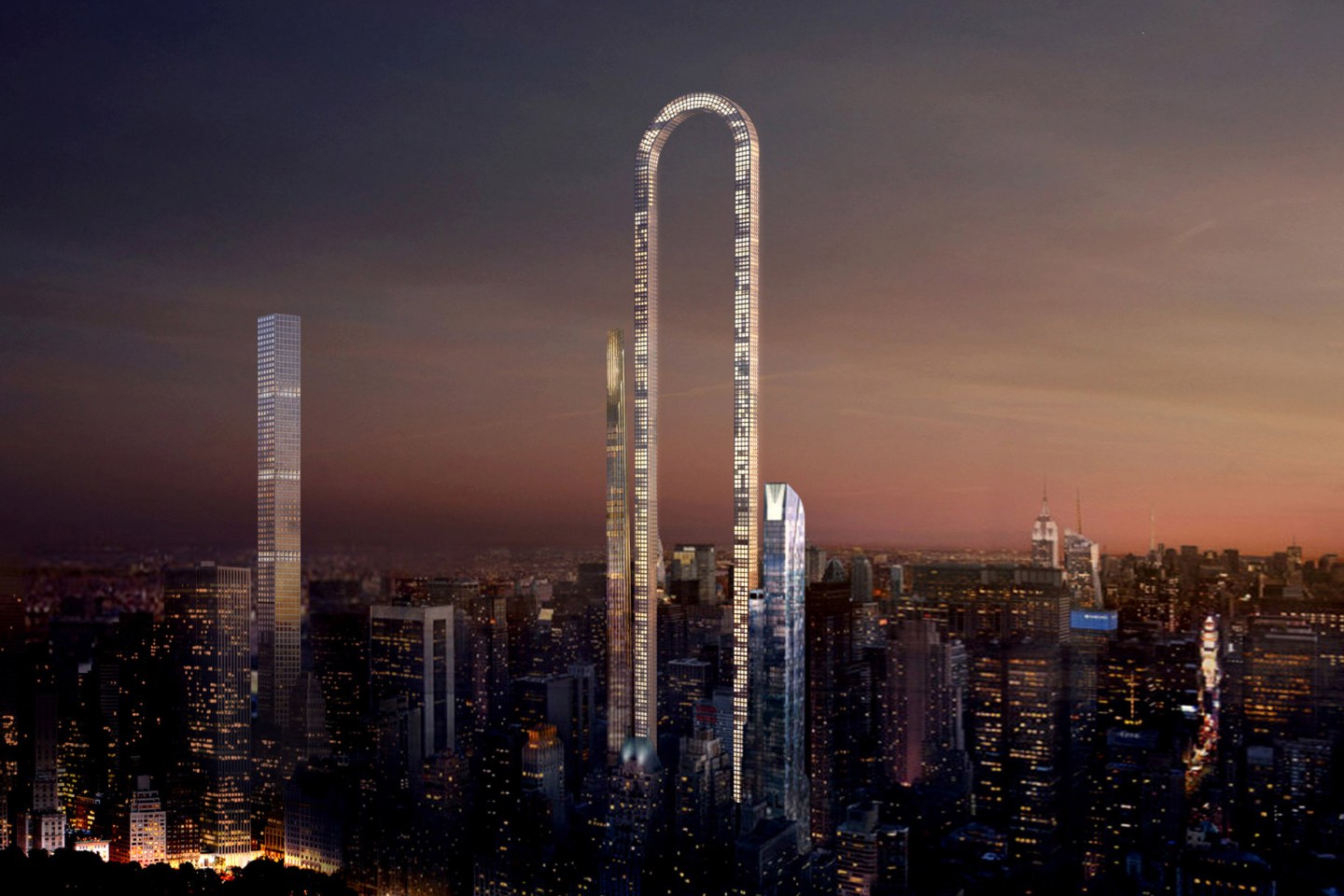 A Greek architect has a vision that would reshape New York City’s skyline —a U-shaped skyscraper that would become “the world’s tallest building.”

Ioannis Oikonomou told Business Insider that his firm Oiio Studio is seeking investments for the building design, currently dubbed Big Bend. The tall, skinny tower would bend in half and will measure to be about 200 feet taller than One World Trade Center, which is currently the city’s tallest skyscraper.

The tower’s total height would measure 4,000 feet from one end to the other — making it nearly double that of the world’s tallest building, the Burj Khalifa in Dubai.

The residential building would be located on “Billionaire’s Row,” which runs along the southern border of Central Park and is already home to numerous other luxury skyscrapers, Oikonomou told Business Insider. He said he thinks developers will like the plan because it doesn’t take up too much space and will cater to homeowners’ desire to have multiple residences.

“The Big Bend has been created, among other things, in order to emphasize the fact that New York has become a giant hotel,” he said.