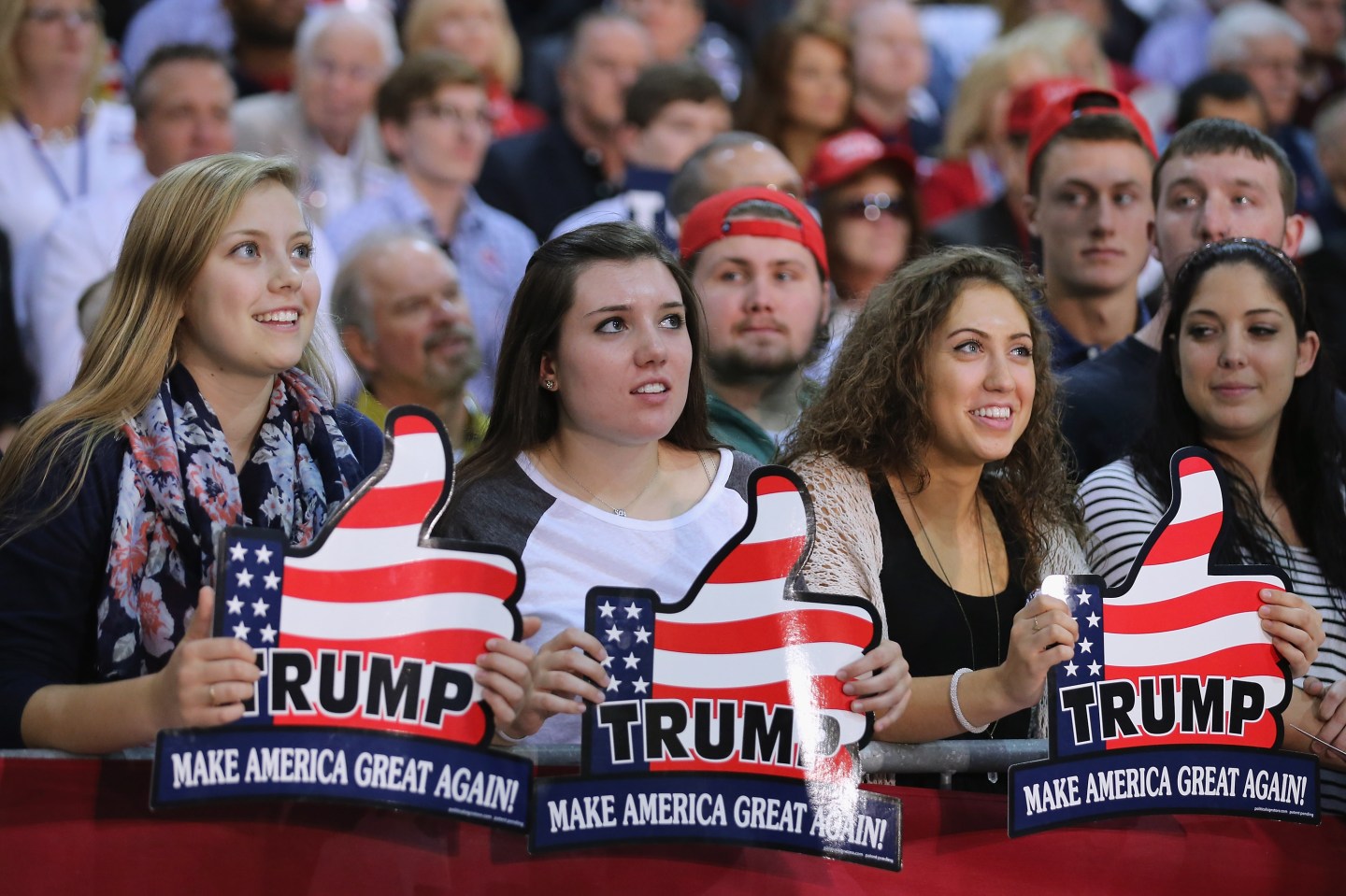 The day after the flaming out of U.S. President Donald Trump’s first major legislative initiative, his supporters across America were lashing out—at conservatives, at Democrats, at leaders of his Republican Party in Congress.

Only Trump himself was spared their wrath.

Many voters who elected him appeared largely willing to give him a pass on the collapse of his campaign promise to overhaul the U.S. healthcare system, stressing his short time in office.

“Being a businessman, he’ll not take ‘no’ for an answer,” said Tony Nappi, a 71-year-old from Trinity, Florida, one of the many disappointed Republicans on his weekend softball team. “He’ll get the job done.”

Support for Trump appeared unflagging, from the playing fields of a Republican stronghold in central Florida to the small town diners of North Carolina, the suburbs of Arkansas and the streets of working-class Staten Island in New York City.

Rebellion among members of his own party sealed the failure of Trump’s effort to repeal and replace the 2010 Affordable Care Act—known as Obamacare—the signature domestic policy achievement of Democratic former President Barack Obama.

Despite casting himself on the campaign trail as “the best dealmaker there is“, Trump could not save the healthcare bill yanked by Republican leaders in the House of Representatives on Friday in an embarrassing turn of events for them and Trump. Objections among Republican moderates and the party’s most conservative lawmakers left leaders short of the votes needed for passage, with Democrats unified in opposition.

“He can’t wave a magic wand,” said Ramona Bourdo, 70, a retired nurse, eating breakfast at a McDonald’s in suburban Little Rock, Arkansas. “I’ve not lost confidence in him.”

Still, the barista at the Grind Cafe in Morganton, North Carolina, who cannot afford his own insurance and remains on his parents’ plan, felt Trump shared responsibility in the debacle.

“I think it’s partially his fault,” said Joel Martin, a 21-year-old Republican and Trump supporter. “I don’t think he has enough personal knowledge to do what he needs to do to get a healthcare bill through Congress.”

His hometown, population 17,000, sits within the heavily rural congressional district of Representative Mark Meadows, a North Carolina Republican whose opposition as the head of the conservative House Freedom Caucus helped sink the bill.

Sharing in the frustration of loyal Republicans was 82-year-old Jeanette Madison, a registered independent in the New York City borough of Staten Island, who voted for Trump.

“I blame the Democrats and Republicans in Congress. They are a bunch of bastards. I’m just fed up,” she said, apologizing for colorful language as she walked her dog down a city street.

Feds: Trump’s DC Hotel Is in ‘Full Compliance’ with a Government Agreement

In Florida’s Pasco County, where Trump’s stronger-than-expected showing helped to seal his victory in the largest U.S. battleground state, some fans seized on the silver lining.

Neighbors Patti Niehaus, a Democrat, and Margie Hahne, a Republican, agreed that Trump may have needed last week’s crash course in governing, having never before held elected office.

Trump won 58.4% of the vote in the mostly white, working- and middle-class county, surpassing the past two Republican presidential candidates by tens of thousands of votes.

His pledge to end Obamacare helped to sway Kelle DeGroat, a 37-year-old nurse, a Republican who is open to other parties.

“I thought there was a good plan the way he talked,” said DeGroat, still confident in Trump’s ability to make reform happen. “I was shocked that it didn’t pass.”

Other Republicans applauded their leaders for returning to the drawing board, with polls showing the derailed healthcare plan to be unpopular following predictions that it would jeopardize or increase the cost of insurance for millions.

Lisa Collins, a 53-year-old teacher with two adult children benefiting from Obamacare, for the first time started calling the region’s elected representatives to voice her opposition.

“This is a success that the party listened,” said Collins, a Republican who did not support Trump. “To me, that’s amazing. They represented the average normal guy, the small guy.”