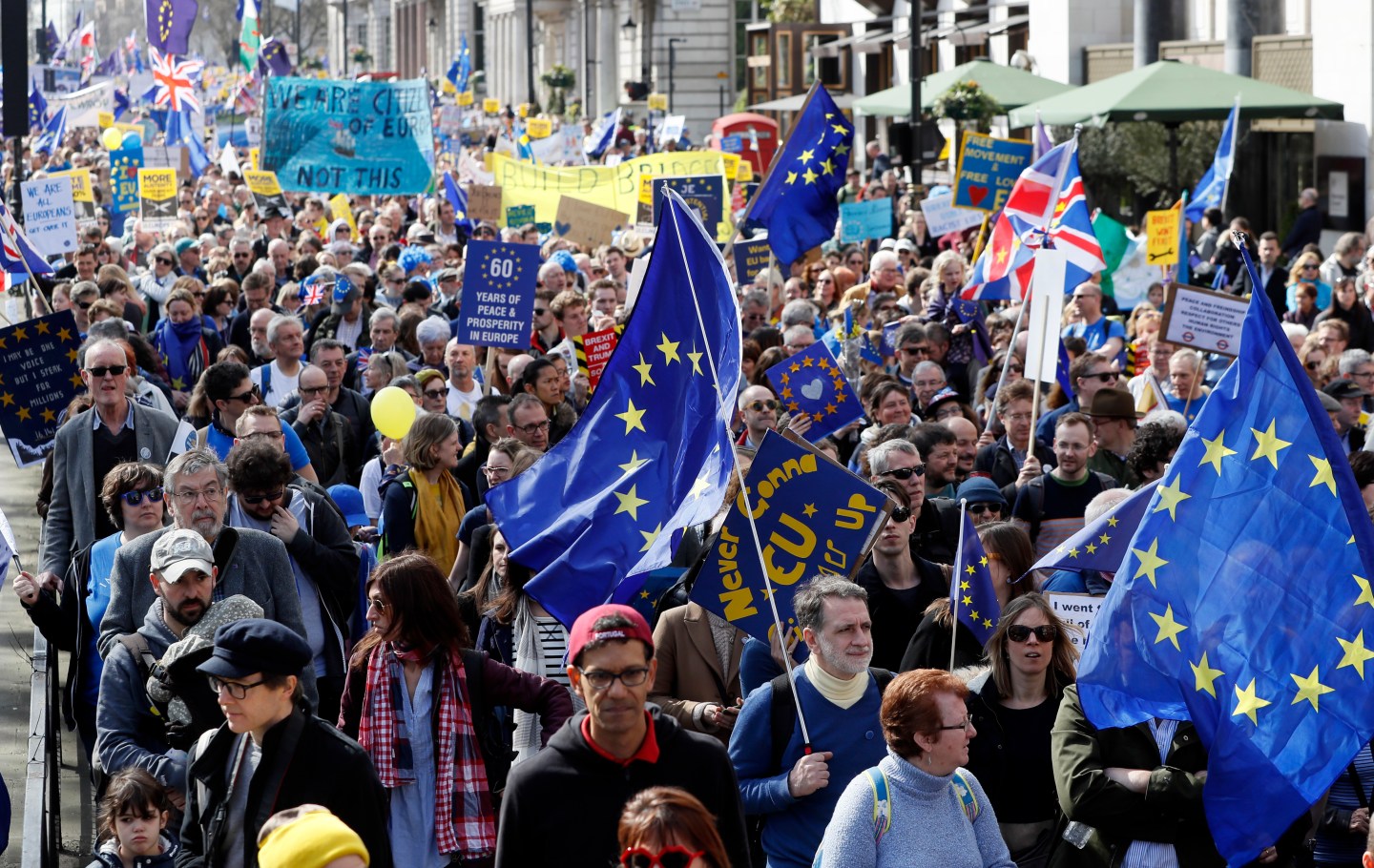 Tens of thousands protested Saturday under sunny skies in London against plans for Britain to withdraw from the European Union.

The Unite for Europe march, which saw many people carrying bright blue EU flags, came just days before Britain is expected to begin its formal separation from the other 27 nations in the EU.

The crowds observed a minute of silence at Parliament Square as a tribute to the four victims killed and dozens wounded in an attack Wednesday on Parliament. Many bowed their heads as Big Ben chimed and placed flowers at Parliament’s gate to honor the victims.

Police did not provide a crowd estimate. Organizers said more than 25,000 people were present. There was also a smaller anti-Brexit protest march in Edinburgh, Scotland.

Organizers considered delaying the long-planned march because of the attack — in part to avoid putting extra strain on British police — but decided to go ahead.

“We stand in defiance of that attack,” he said.

Prime Minister Theresa May plans to trigger Article 50 of the EU treaty on Wednesday, setting the Brexit process in motion. Negotiations are expected to take at least two years.

Britain voted in a June 23 referendum to leave the EU.