1.4M Illinois Job Seekers May Have Had Personal Data Hacked 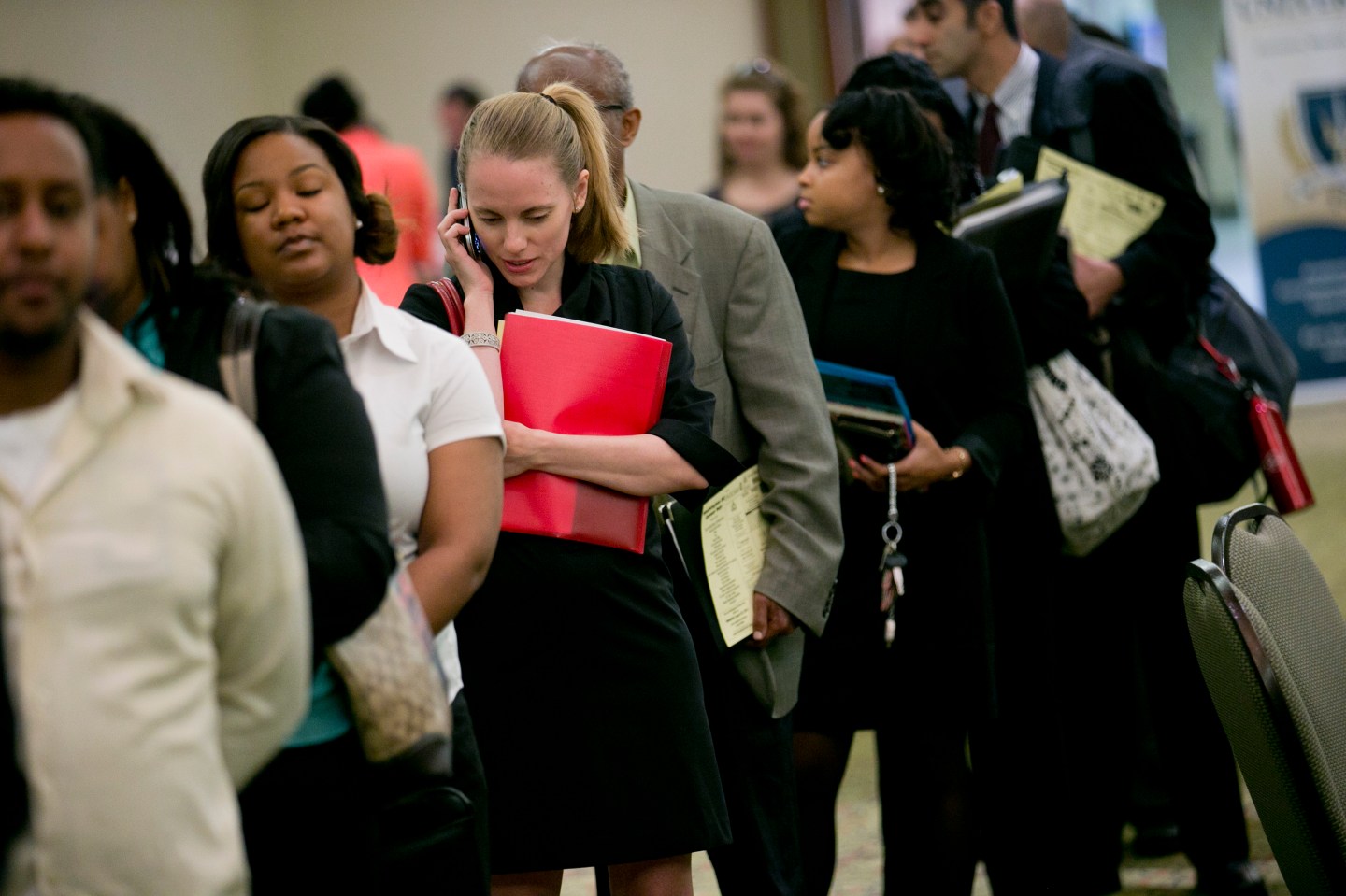 Job seekers wait in a line to have their resume looked at during the Choice Career Fairs job fair in Arlington, Virginia, U.S., on Thursday, June 6, 2013. The U.S. Department of Labor is scheduled to release jobless claims figures on June 7. Photographer: Andrew Harrer/Bloomberg via Getty Images
Photograph by Andrew Harrer — Bloomberg/Getty Images

About 1.4 million job seekers in Illinois may have had their personal information compromised when one of the state’s employment security agency vendors was hacked, the governor’s office said Friday.

The hacker may have accessed the names, Social Security numbers and birth dates of job seekers in the vendor’s database. The Illinois Department of Employment Security notified the state’s General Assembly about the hack, Gov. Bruce Rauner’s administration said.

This Startup Wants to Be the Netflix for Jobs

The agency says the vendor, America’s Job Link—Technical Support, learned about the hack on March 14. The Topeka, Kansas-based company alerted the FBI.

Bridget Patton, spokeswoman for the FBI in Kansas City, Missouri, confirmed the company contacted federal authorities and the office is “working with them on this matter.” She declined to elaborate.

Illinois officials say the hack wasn’t a result of deficient state software. A state technical team is working with the agency and vendor on the situation.

The Department of Employment Security is preparing notices to those affected.