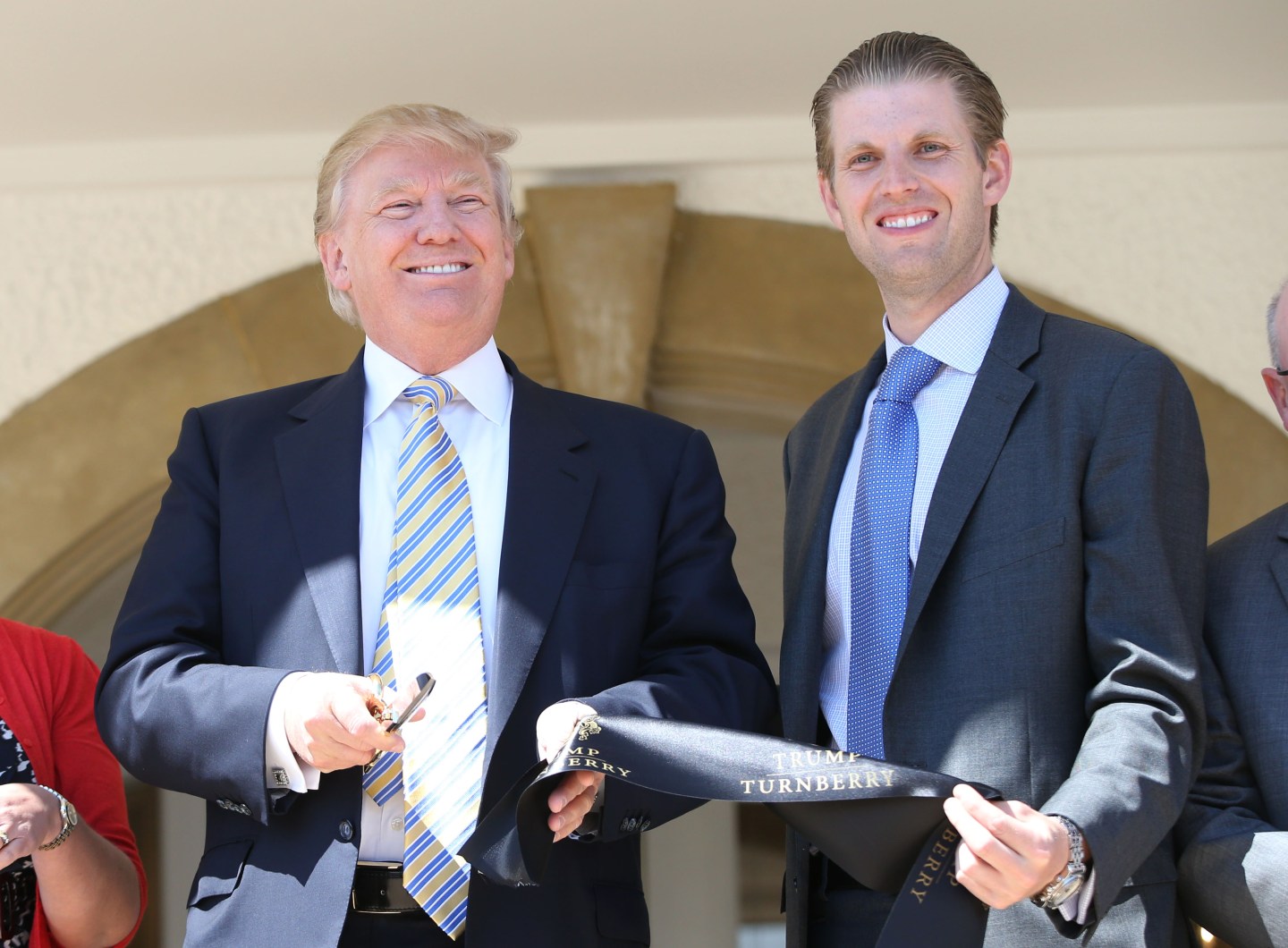 After continuously denying any communication to his father about the Trump business empire, Eric Trump now says he will give the President financial updates on the business every quarter.

The President’s son, who now runs the Trump Organization with his brother, Donald Jr., told Forbes about his plans to communicate with President Donald Trump about the financial status of the business immediately after denying he would do so.

Trump told Forbes he would update the president “on the bottom line, profitability reports and stuff like that,” likely “quarterly.”

Repeating his father’s past remarks, Trump has said he will not speak with the President at all about the status of the Trump Organization. As the president-elect in January 2017, Donald Trump announced his two adult sons would take over his company as soon as he took the Oval Office.

Earlier in his conversation with Forbes, Eric Trump compared the communication about the business to the separation of church and state.

“There is kind of a clear separation of church and state that we maintain, and I am deadly serious about that exercise,” he said. “I do not talk about the government with him, and he does not talk about the business with us. That’s the kind of steadfast pact we made, and it’s something that we honor.”