President Trump Has ‘Perfect Genes.’ At Least According to Treasury Secretary Steve Mnuchin 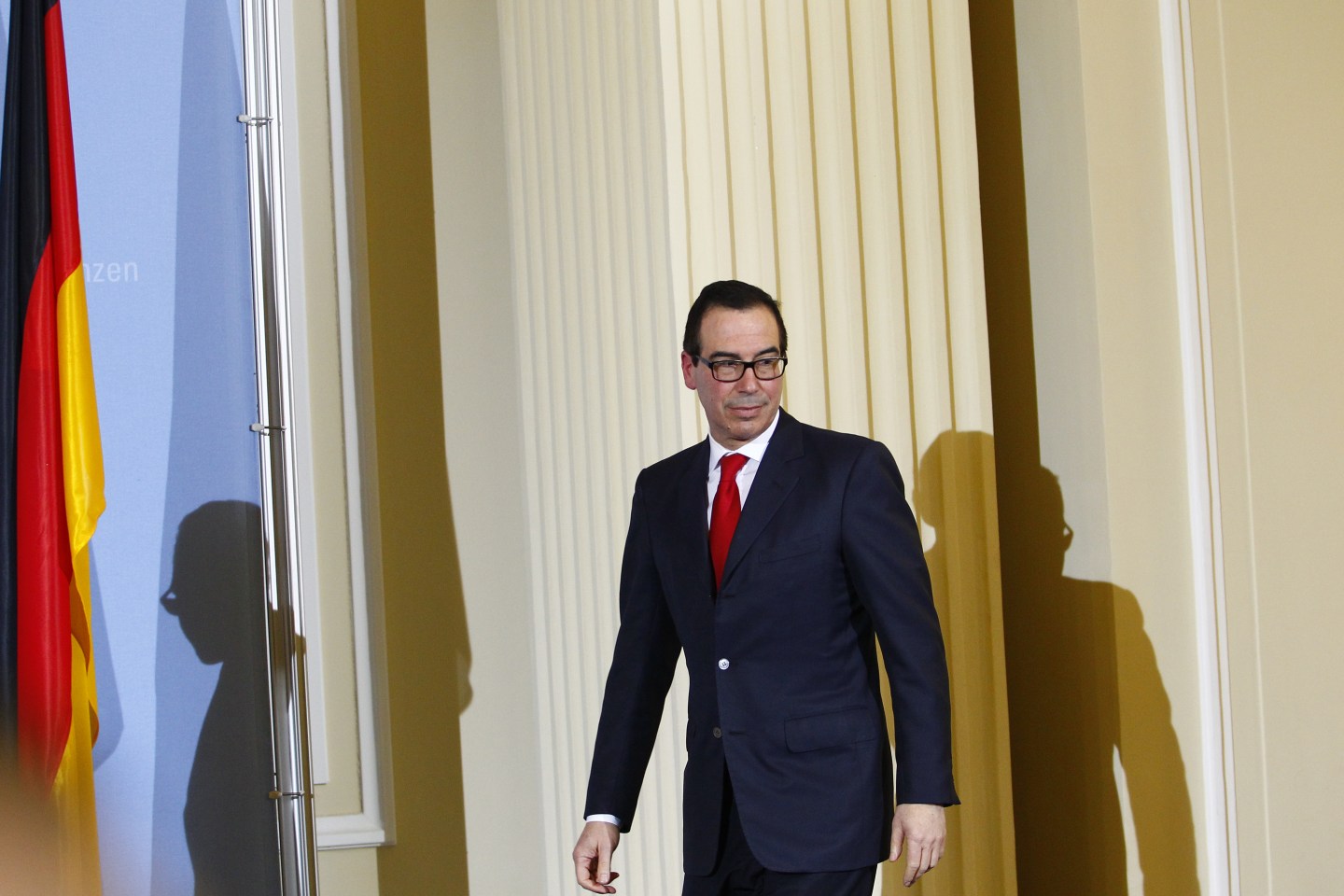 Treasury Secretary Steve Mnuchin said Friday that he was “optimistic” the Republican health care bill would pass the House on Friday, and that he and President Donald Trump planned to quickly turn to tax reform as soon as it does. He also said that Trump has quit eating fast food since he moved to the White House.

“He’s got perfect genes,” Mnuchin told Axios’ Mike Allen in an interview Friday. “He’s got incredible energy, and he’s unbelievable healthy. Since he got to the White House, he doesn’t eat KFC anymore and McDonalds, there is great food there. Let me tell you, the chefs there are great.”

Mnuchin also said he was optimistic that the GOP’s health care bill would pass, despite a chaotic reception in the House of Representatives and deep dissent within the Republican Party. He also dismissed concerns that tax reform could run into the same hurdles as the health care replacement did.

“I think that first of all, health care and tax reform are two very different things,” Mnuchin said, adding that tax reform could be easier to pass because “in a way, it’s a lot simpler.”

He said he thinks the Trump Administration can get a tax reform bill passed by the August congressional recess.

“We’re going to do tax reform as absolute,” he said. “We’re reforming both the personal and the corporate side, we’re not cutting this up and doing little pieces at a time.”