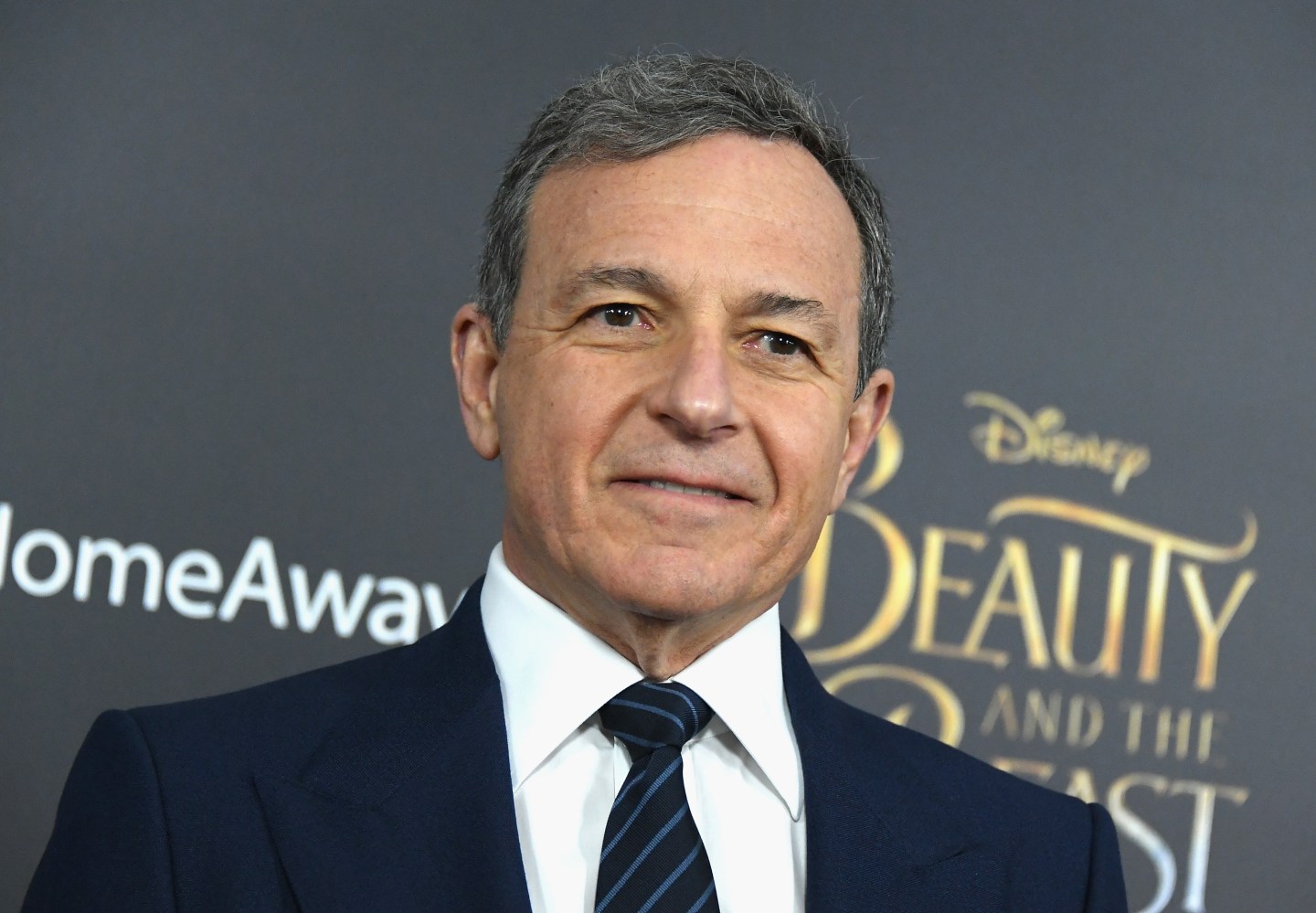 Walt Disney CEO Bob Iger has dropped some hints about the future of the Star Wars film franchise as well as the potential for augmented reality attractions at Disney’s theme parks.

Iger, speaking at the University of Southern California on Thursday, reportedly said that the plot of the upcoming Star Wars sequel The Last Jedi will not be altered due to the death of actress Carrie Fisher in December. Iger also revealed new details about a planned spinoff movie focused on a young Han Solo, with the CEO saying that movie will follow the character (to be played by actor Alden Ehrenreich) between the ages of 18 and 24, including his first meeting with Chewbacca and his introduction to his spaceship, The Millennium Falcon.

The Disney CEO also delved into the future of technology at the company’s theme park attractions, with a focus on augmented reality. The Los Angeles Times noted that Iger seemed skeptical about the idea of using virtual reality at Disney’s parks because, the CEO said, the necessary headsets would create an “ersatz” experience that would take away from the park’s attractions. Instead, Iger—who has not been shy about betting on technology to lift Disney’s business—seems to favor augmented reality, in which computer-generated images are superimposed on a real-world view. (Both types of technology typically require some sort of headset.)

“What we create is an experience that is real,” Iger reportedly said before discussing a current attraction at Disneyland in Anaheim, Calif. “When you walk into Cars Land, you feel you’re in Radiator Springs because of what we’ve built—not only the attention to the detail, but the scale.”

Last summer, it was reported that Disney’s Lucasfilm special effects division, called Industrial Light and Magic, is partnering with the augmented reality startup Magic Leap to work on Star Wars-related projects. On Thursday, the Los Angeles Times reported that “Iger noted he spends each Tuesday afternoon at a Disney engineering lab sporting a head-worn device that enables him to hold a light-saber and duel with a stormtrooper.”

Iger confirmed last month that new Star Wars attractions will open at Disney parks in California and Florida in 2019. On Thursday, the Disney CEO described one particular ride that will be featured in those attractions: a simulated trip in the cockpit of The Millennium Falcon spaceship, with Iger describing his own test rides in the simulator as “real good.”

Earlier in the day, Disney’s board announced that it will extend Iger’s contract by an extra year to July 2019 as the company continues its search for the CEO’s successor. Iger, who has previously postponed his retirement multiple times, said during the event that he’s “serious this time around,” according to The Hollywood Reporter.