Mercedes Has Been Hit with a Trademark Complaint in China 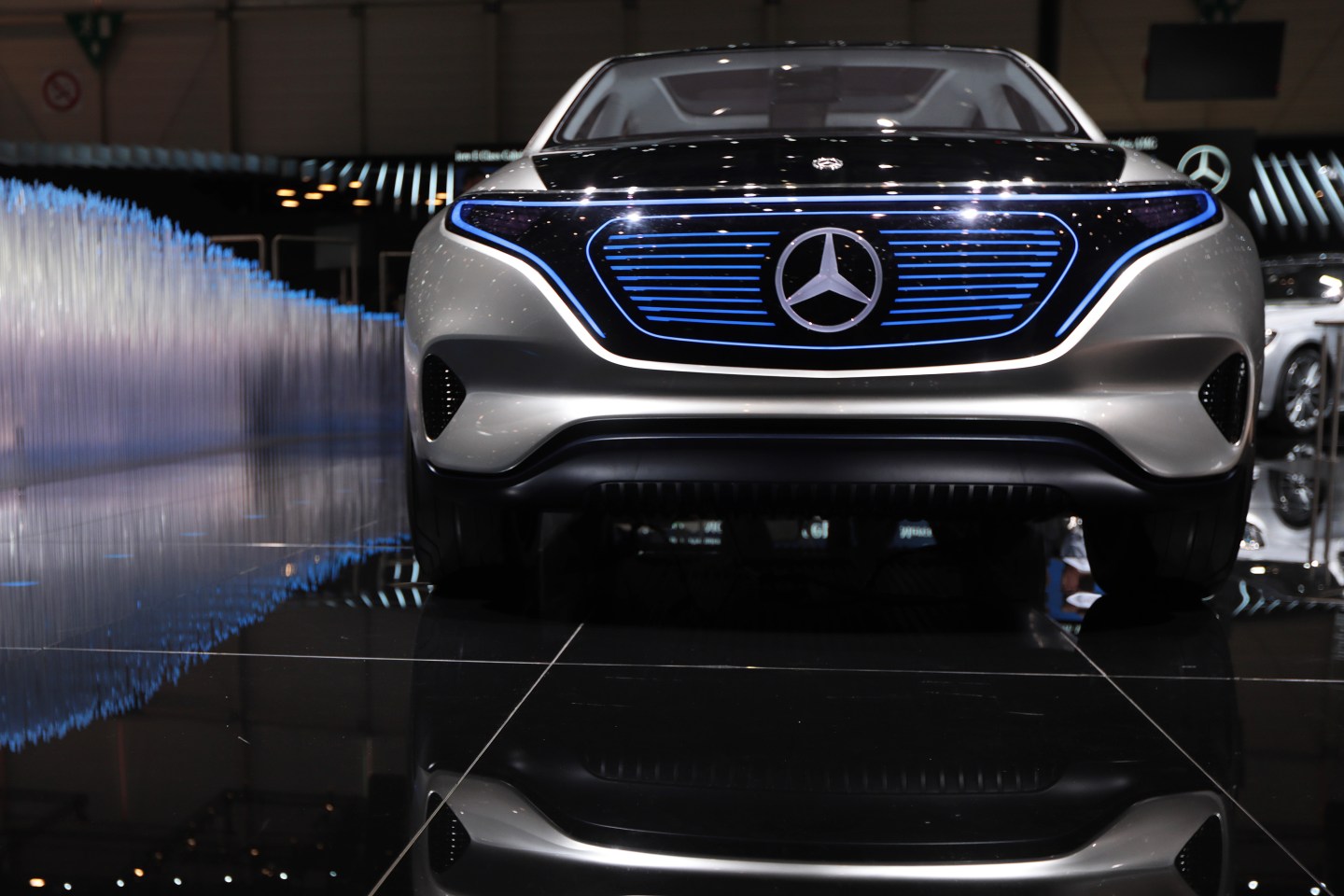 An illuminated logo sits on the front grille of a Mercedes-Benz AG Concept EQ automobile as it stands on display on the first day of the 87th Geneva International Motor Show in Geneva, Switzerland, on Tuesday, March 7, 2017. The show opens to the public on March 9, and will showcase the latest models from the world's top automakers. Photographer: Luke Macgregor/Bloomberg via Getty Images
Luke Macgregor/Bloomberg via Getty Images

Chinese automaker Chery Automobile has filed a complaint with the country’s trademark regulator over Mercedes-Benz’s use of the “EQ” name for a line of green-energy vehicles, throwing up a potential road block for the Daimler AG (DDAIF) unit in the world’s largest electric car market.

A Chery spokeswoman told Reuters on Thursday that the automaker had filed a complaint with the Trademark Office of the State Administration for Industry and Commerce, which it hopes will bar Mercedes from using the name in China.

She said Chery has used the name “eQ” for its two-door battery electric car for two years.

Mercedes showed off a concept car for its forthcoming line of electric vehicles last year, saying it would build its first EQ car in a German factory by the end of the decade. The automaker said last year it could make EQ in China but did not give a launch date.

A Mercedes spokeswoman declined to immediately comment on Thursday.

A ruling in Chery’s favor would be a blow to Mercedes in a key market for new-energy vehicles as more electric cars are sold in China than the rest of the world combined, thanks in part to government initiatives targeting air pollution.

“If it entered the Chinese market, it would impact our trademark rights,” the Chery spokeswoman said.

“Mercedes Benz EQ and our (eQ) are extremely similar. Their product is also an electric car.”