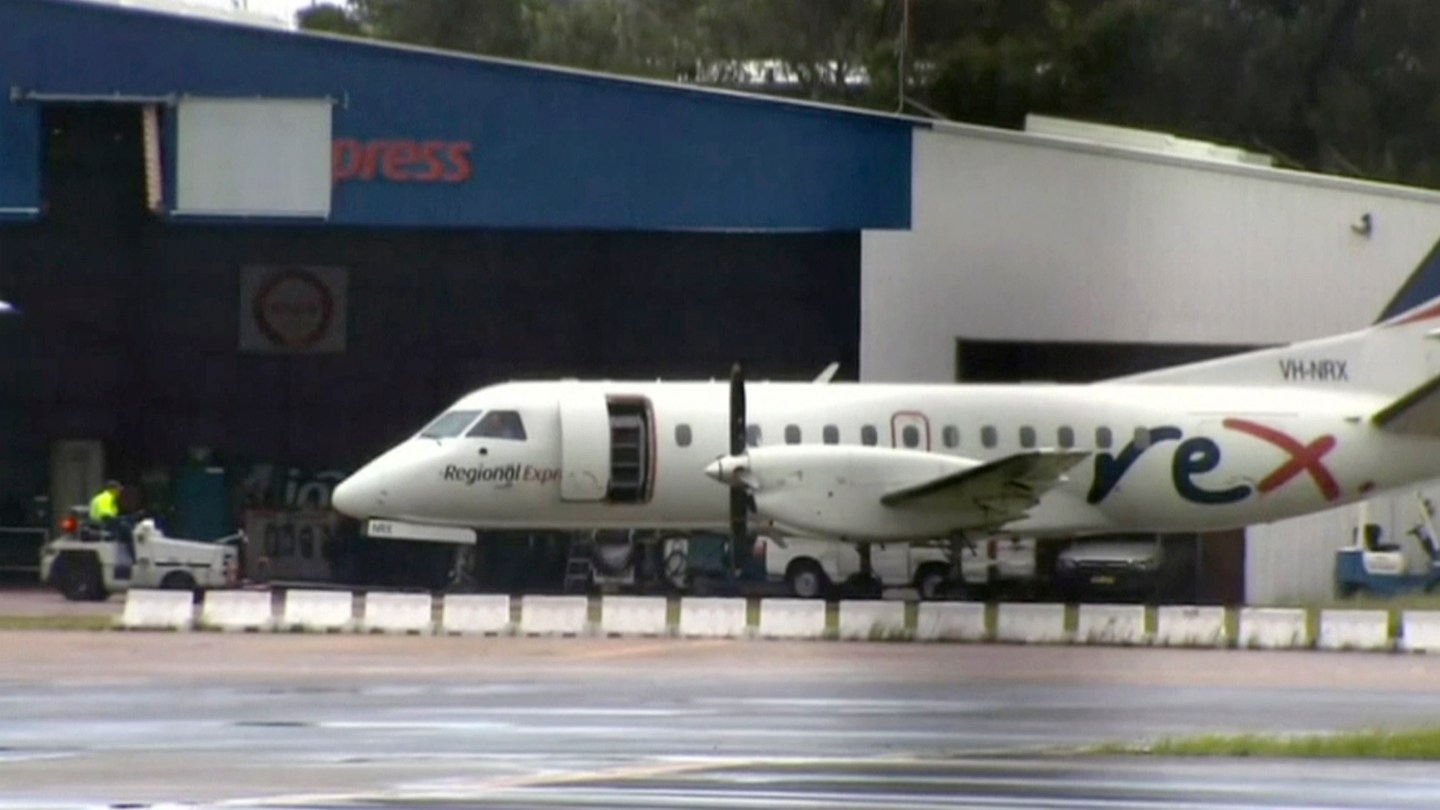 This image made from video shows a passenger plane being moved at Sydney Airport, in Sydney, Australia Friday, March 17, 2017. The plane landed safely Friday after one of its two propellers fell off in an extraordinary emergency as it approached the airport. The Regional Express Airlines crew reported the right engine propeller assembly separated from the Saab 340 airliner 20 kilometers (12 miles) southwest of the airport, Civil Aviation Safety Authority spokesman Peter Gibson said. (Channel 9 via AP)
Channel 9—AP

A plane flying over Australia made an emergency landing after a propeller fell off the aircraft while it was in-flight on Friday.

The Regional Express flight was carrying 16 passengers and three crew members when the plane’s right propeller detached. The Saab 340 aircraft landed safely at the Sydney Airport, and no one onboard was injured, according to the Australian Transport Safety Bureau.

The propeller dislodged from the aircraft just at the end of the flight from Albury in New South Wales, Australia, to Sydney, just over 11 miles from the Sydney Airport.

The country’s Transport Safety Bureau is investigating the incident and plans to interview those on board, according to its website. Three investigators will examine the aircraft and analyze flight data to figure out what went wrong, the bureau said.

The fallen propeller has not been located yet, and authorities are asking anyone who finds debris from the aircraft to alert them.

A representative from the Australian Civil Aviation Safety Authority did not respond to comment.

Peter Gibson, a spokesman from the Civil Aviation Safety Authority, told the Guardian authorities “don’t have any idea” why the propeller separated from the aircraft, and called the incident “very, very unusual.”

“We don’t have any idea at this stage why the propeller should separate from the engine,” Gibson said.

He told the Guardian authorities will soon receive detailed reports about the incident, and said there were no signs other Saab 340 aircrafts were at risk of similar occurrences.