Politics Aside, Chinese Investment in the U.S. Is Booming 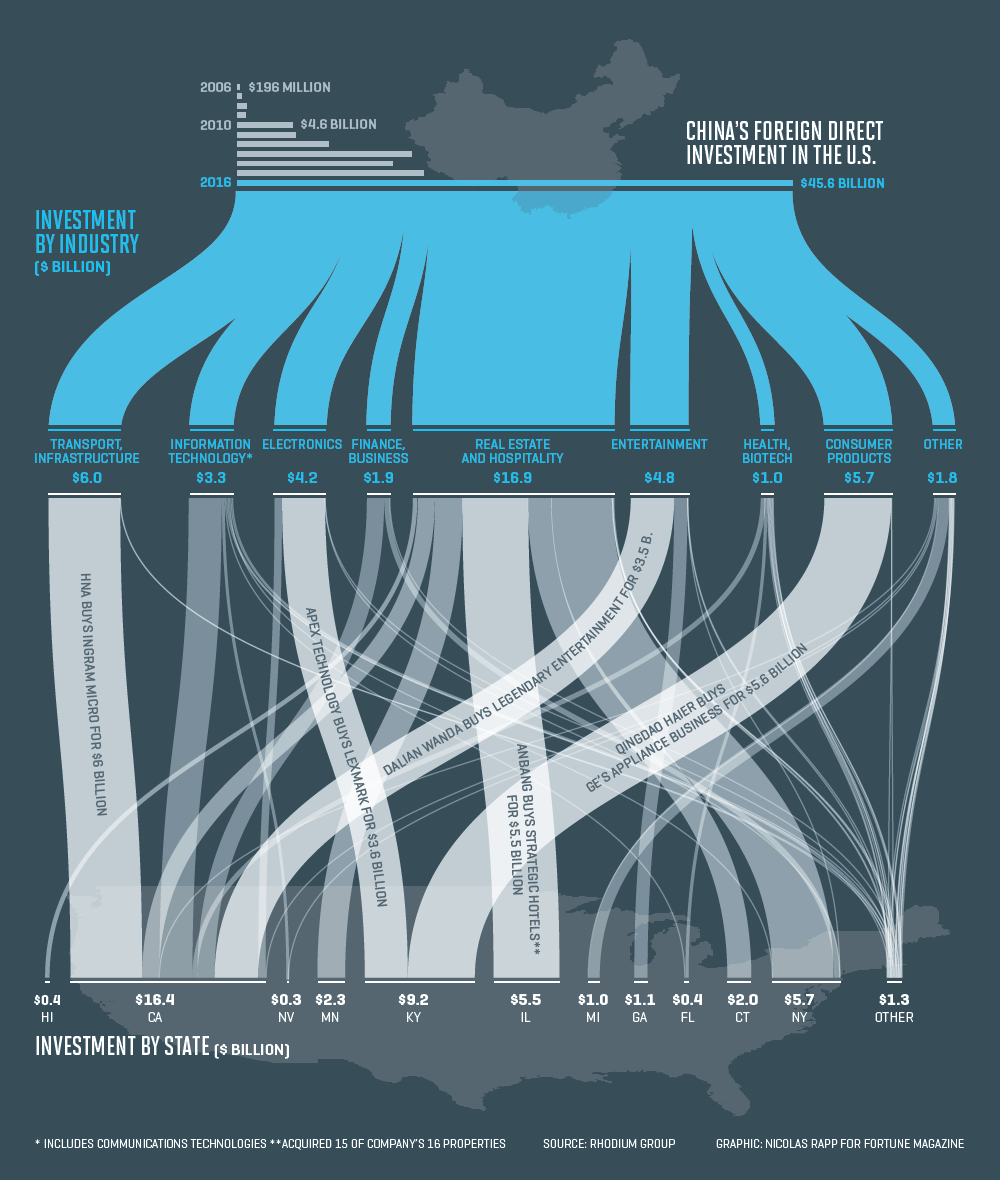 IT’S A DELICIOUS IRONY: Thanks to President Trump’s tough talk on trade, U.S. relations with China are as tricky as they have been in years. Meanwhile, America has never looked so good to Chinese companies. In 2016, according to economic research firm Rhodium Group, China’s foreign direct investment in the U.S. soared to $45.6 billion—triple the total from the year before. (The five biggest acquisitions are noted in the graphic below.) And a strong pipeline of deals awaiting regulatory approval means the trend should continue. That is, unless politics gets in the way.

A version of this article appears in the March 15, 2017 issue of Fortune with the headline “China Buys Into the U.S.”