China: ‘We Do Not Want to See Any Trade War’ with the U.S. 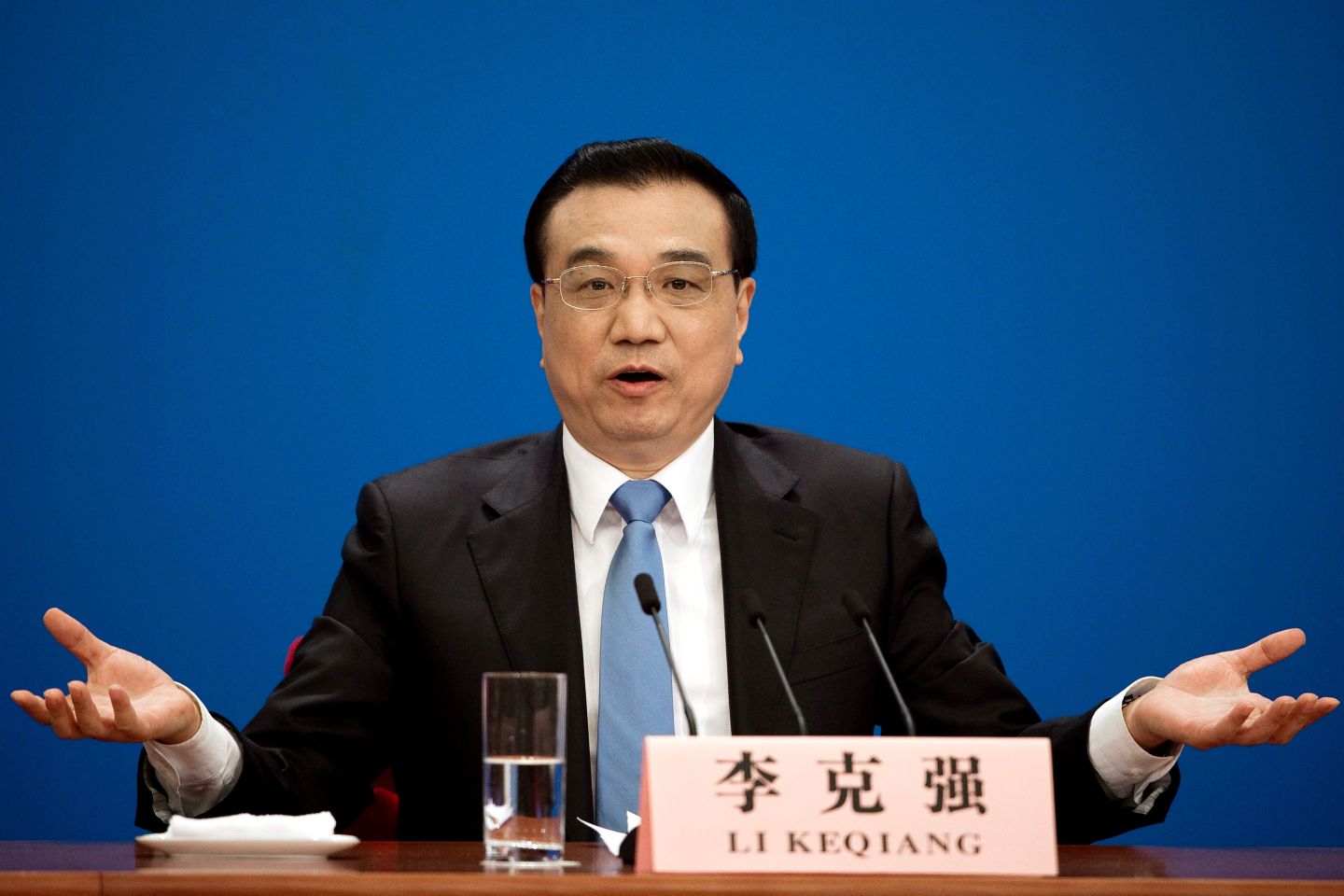 China’s Premier Li Keqiang said on Wednesday that Beijing does not want to see a trade war with the United States and urged talks between both sides to achieve common ground.

“We do not want to see any trade war breaking out between the two countries. That would not make our trade fairer,” Li said at his annual news conference at the end of the annual meeting of China’s parliament.

“Our hope on the Chinese side is that no matter what bumps this relationship hits, we hope it will continue to move forward in a positive direction,” he said.

“We may have different statistical methods, but I believe whatever differences we may have we can all sit down and talk to each other and work together to find solutions,” Li said.

Issues that cannot immediately be solved should be “shelved” for the time being, he added.

U.S. media have reported that U.S. President Donald Trump and Chinese President Xi Jinping will meet in Florida next month.

Trump has attacked China on issues ranging from trade to the South China Sea and what he perceives as China’s lack of interest in reining in nuclear-armed North Korea.

During the election campaign, Trump had threatened to label China a currency manipulator and impose huge tariffs on imports of Chinese goods.

He has not followed through on either move yet, but the U.S. Treasury will issue its semi-annual currency report in April.

China’s trade surplus against the United States was $366 billion in 2015.

Last month, Trump held his first face-to-face talks with a member of the Chinese leadership, top diplomat Yang Jiechi, who outranks Foreign Minister Wang Yi. The White House said it was a chance to discuss shared security interests and a possible meeting with President Xi.

Li also reiterated in his remarks that China-U.S. relations are founded upon adherence to the “one China” policy, under which Washington acknowledges the Chinese position that there is only one China, of which Taiwan is a part.

The “one China” policy “has remained unshaken despite changing circumstances,” he said, adding “this foundation cannot be undermined.”

Trump incensed Beijing in December by talking to Taiwan President Tsai Ing-wen and saying the United States did not have to stick to the policy, vaguely suggesting that he may abandon the policy as part of negotiations for a better trade deal with China.

Trump later agreed in a phone call with Xi to honour the “one China” policy in a diplomatic boost for Beijing, which vehemently opposes criticism of its claim to self-ruled, proudly democratic Taiwan.

Li also said China did not seek a sustained trade surplus with the European Union, and that the imbalance “would clearly improve” if Europe exported more high-tech products to China.

The United States and the EU have long maintained export controls as security measures against China on a range of products with both military and civilian uses.

China wants access to high-tech components to move its manufacturing industries higher up the value chain, but the foreign business community has often voiced concern about weak protection of intellectual property rights and forced technology transfers in exchange for market access.