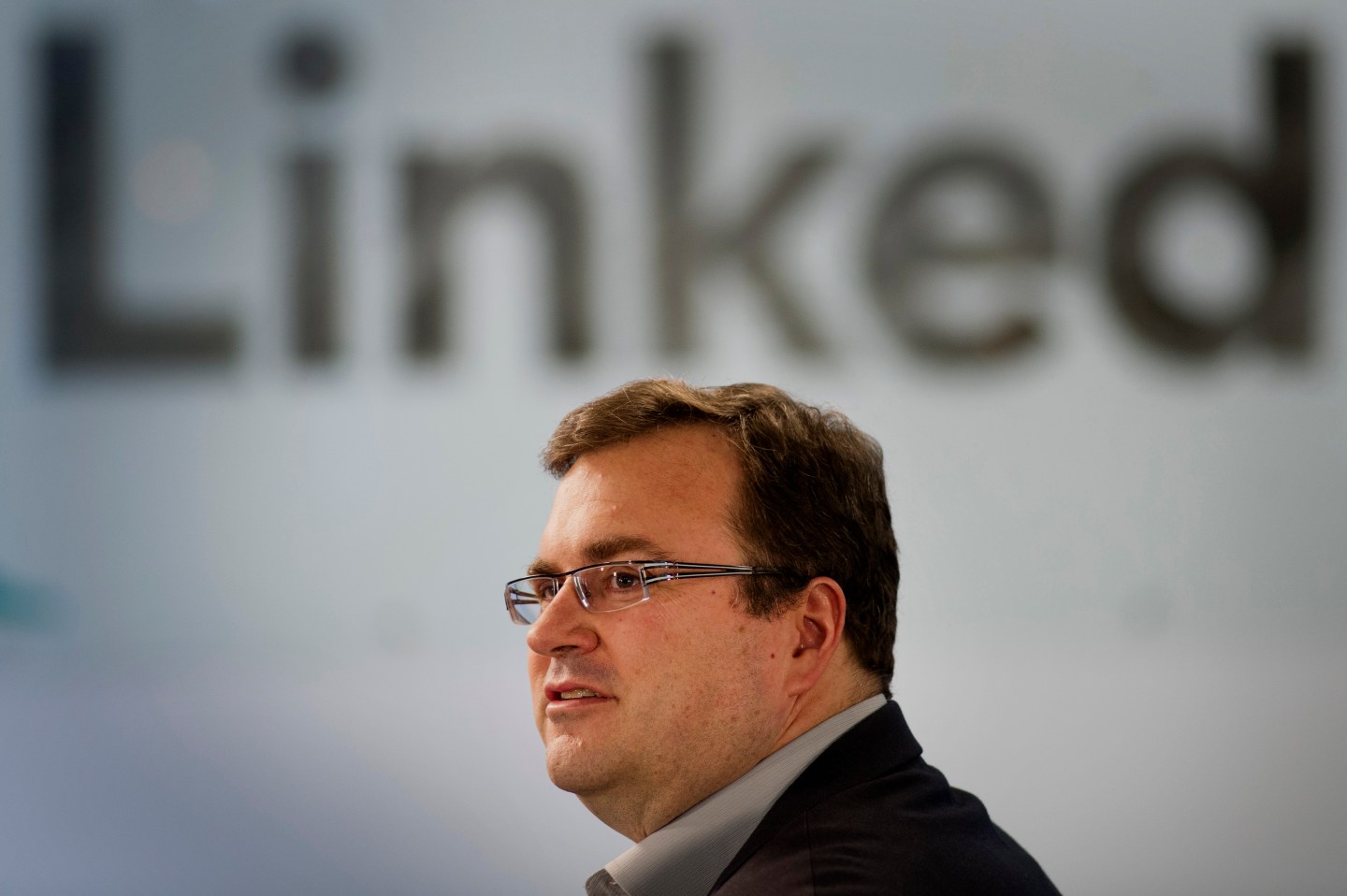 Reid Hoffman, chairman and co-founder of LinkedIn Corp., speaks during a Bloomberg Television interview in Sunnyvale, California, U.S., on Thursday, June 12, 2014. LinkedIn announced last week that users will soon have more design license over their profile pages, with the option of adding stock images or a custom backdrop - similar to what's already available on Facebook and Twitter.
Photograph by David Paul Morris—Bloomberg via Getty Images

Microsoft just added a high-profile Silicon Valley luminary to its board of directors.

“I’ve long admired Reid’s ability to identify disruptive technologies and the passion we share for how digital platforms can create new opportunity for people around the world,” Microsoft CEO Satya Nadella said in a statement. “As a board member, Reid’s leadership and strategic perspective will help chart the future of our company as we aim to empower every person and every organization on the planet to achieve more.”

Hoffman’s new Microsoft board position is not too surprising, given that the technology giant completed its $26 billion acquisition of LinkedIn in December.

The only thing surprising about @reidhoffman joining $MSFT board is that it didn't happen until now.

Hoffman said in a LinkedIn posting that he was a Chairman of LinkedIn’s board prior to Microsoft buying the business-focussed social network. After having “detailed conversations” with other Microsoft board members and LinkedIn CEO Jeff Weiner about being staying involved with LinkedIn, the executives decided to add him to the board.

For more about finance and technology, watch:

“While my primary job is Partner at the venture capital firm Greylock, I’ve maintained an office next to Jeff Weiner’s at LinkedIn for the last nine years,” Hoffman wrote. “I spend substantial time there throughout the week, and that will continue.”