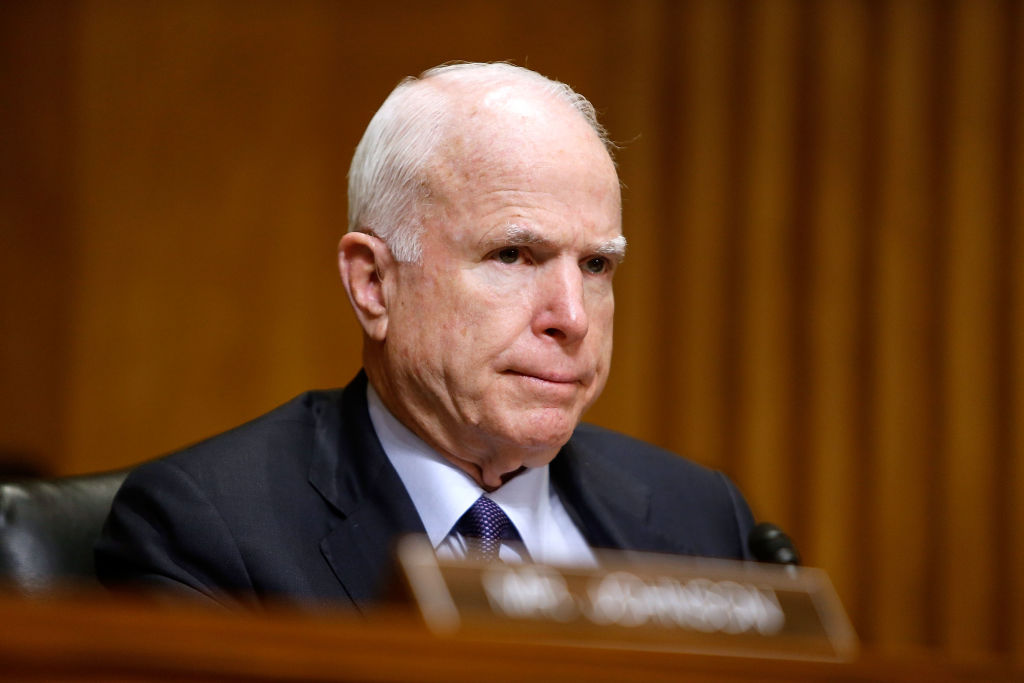 Arizona Sen. John McCain said “there’s a lot of shoes to drop” regarding more information about President Trump and his team’s ties to Russia.

McCain said several aspects related to Trump’s connections with Russia needed more questioning during an interview on CNN’s State of the Union on Sunday.

“There’s a lot of aspects with this whole relationship with Russia and Vladimir Putin that requires further scrutiny, and so far I don’t think the American people have gotten all the answers,” McCain told host Jake Tapper. “In fact, I think there’s a lot of shoes to drop from this centipede.”

A growing number of Trump’s associates have been revealed to have contacts with Russian officials. Attorney General Jeff Sessions recused himself from investigating ties between Russia and Trump’s presidential campaign after it emerged he had met with the Russian ambassador in 2016 and failed to disclose it during his confirmation hearing. Former National Security Adviser Michael Flynn resigned from his post after misleading Vice President Mike Pence about his contact with the same ambassador.

McCain said the issue “clearly cries out for an investigation,” although he cautioned against “judging anyone guilty.”