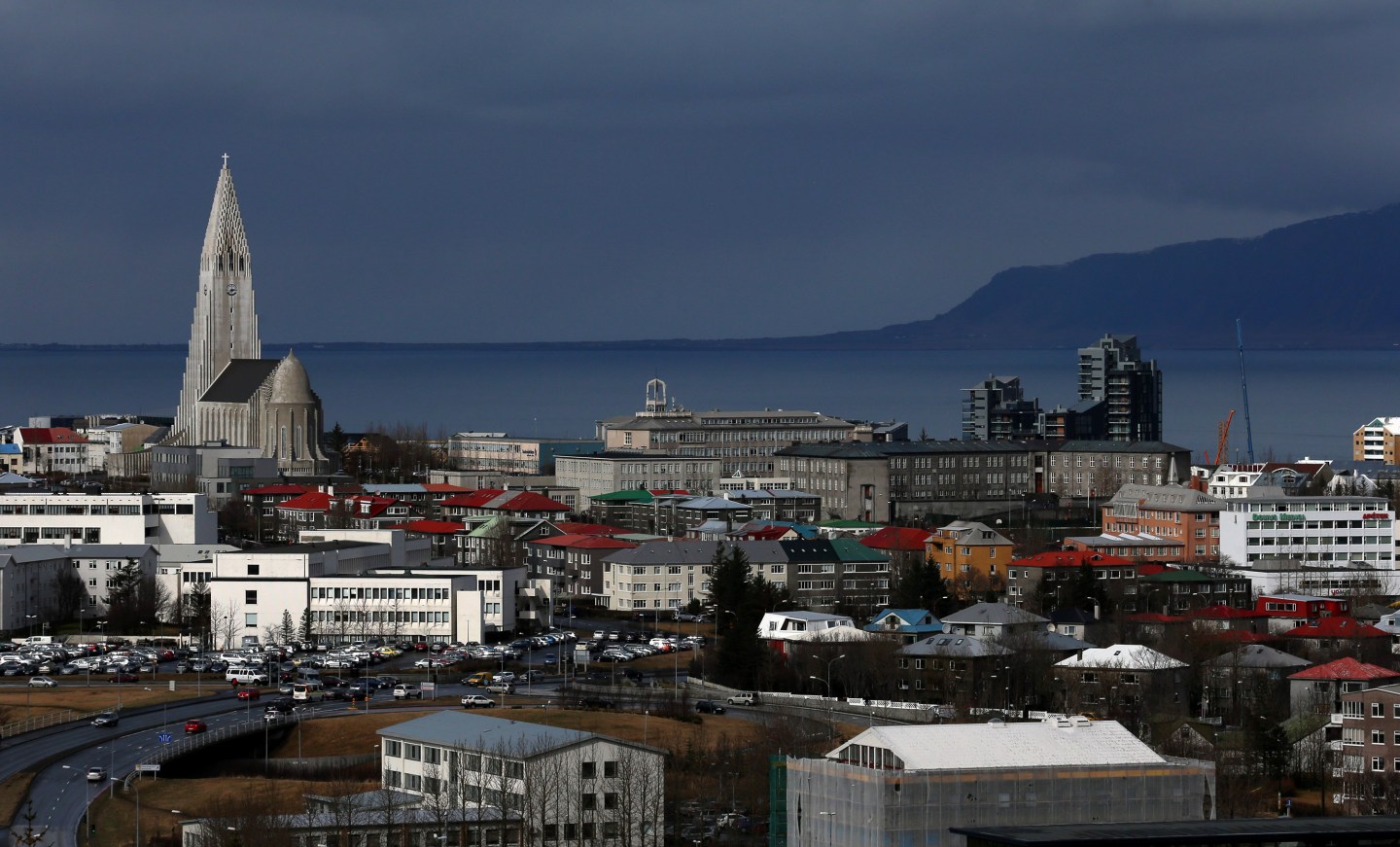 REYKJAVIK, ICELAND - APRIL 07: Buildings surround the Hallgrimskirkja tower in the Icelandic capital on April 7, 2014 in Reykjavik, Iceland. Since the financial meltdown of 2008 which saw the Icelandic economy come close to collapse the island has been slowly recovering and unemployment levels are beginning to return to normal. (Photo by Matt Cardy/Getty Images)
Matt Cardy/Getty Images

Iceland’s finance ministry said on Sunday that in the coming week it would lift the remaining capital controls that have been in place since the financial crisis in 2008, easing restrictions on households and businesses.

“The removal of the capital controls, which stabilized the currency and economy during the country’s unprecedented financial crash, represents the completion of Iceland‘s return to international financial markets,” it said in a statement.

Iceland‘s Central Bank said in a separate statement that it had entered an agreement to purchase offshore crown assets for close to 90 billion Icelandic crowns ($836 million) at an exchange rate of 137.5 crowns per euro.

Iceland has been locked in a dispute with funds that owned more than $1 billion worth of krona-denominated assets that were frozen by the Icelandic authorities.

The central bank said remaining offshore crown holders will be invited to sell their assets to the central bank at the same exchange rate over the next two weeks.

The ministry said holders that do not sell will not be able to move their assets.

For more on current affairs in Iceland, watch Fortune’s video:

The funds have waged a fight in Icelandic courts and at the European Free Trade Association’s Surveillance Authority to get a better rate than Iceland offered investors in an auction last year.

The ministry said it had also adjusted regulations and introduced special reserve requirements for new foreign currency inflows to prevent a repeat of “hot money” destabilizing the financial system.