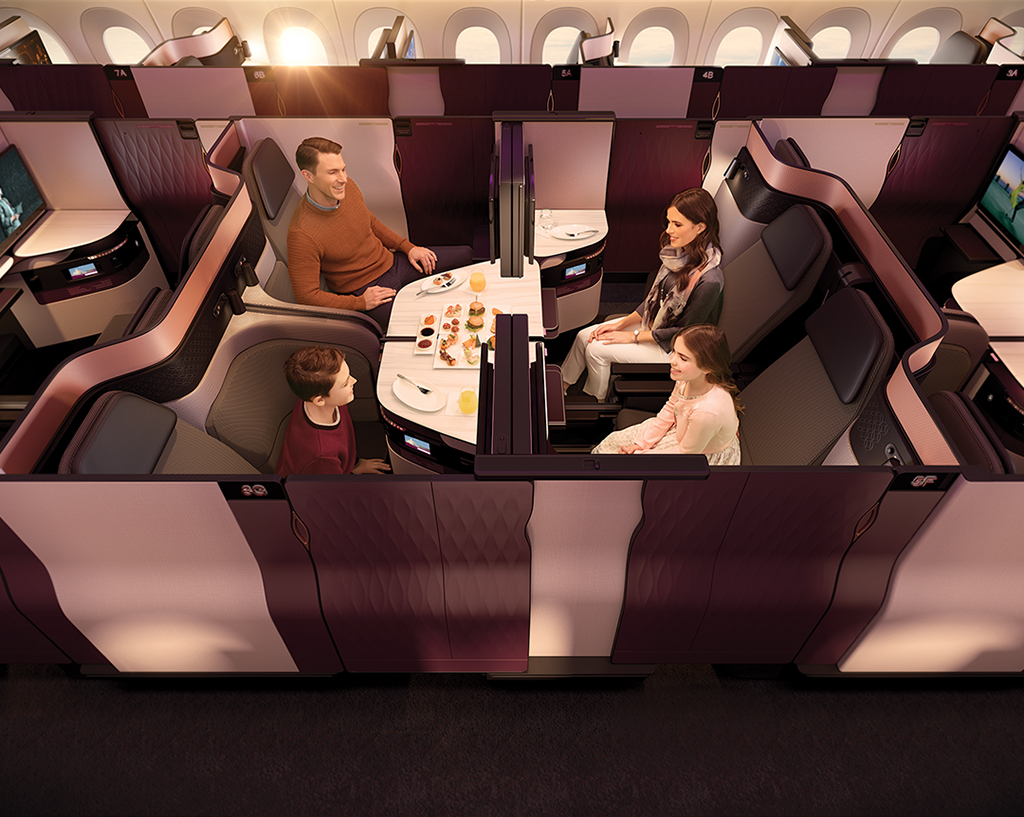 In the newest business class configuration rolled out by Qatar Airways, two pairs of adjacent seats can be turned into a private suite for four.
Qatar Airways

Double beds and even private suites for four will soon be on offer for business class travelers flying with at least one airline, in what is touted as a “first class experience in business class.”

Airlines have of course been offering suites as a form of first-class travel experience for several years now, but Qatar Airways claims its so-called QSuites to be the first of their kind at the J class level, reports Bloomberg.

Privacy panels separating adjoining seats can be stowed away as necessary, according to the airline, while accompanying panels and TV screens can all be adjusted. The flexibility allows passengers to create a double bed or a mid-air meeting room for four sitting face-to-face.

“Our unique and patented design is a world first in many ways and challenges industry norms,” Qatar’s CEO Akbar Al Baker said in a media release.

Explaining that novelties in cabin offerings are key for leading air carriers to retain customers, Oddo Securities analyst Yan Derocles told Bloomberg that “Qatar has always been an airline that’s sought to present itself as ahead of the pack.”

The airline says the new cabin, to be launched first on flights to London, will be installed on its Boeing 777 jets and parts of its Airbus 350 fleet, Bloomberg reports. Size constraints prevent them from being installed on the 787 Dreamliner or the A380 superjumbo.