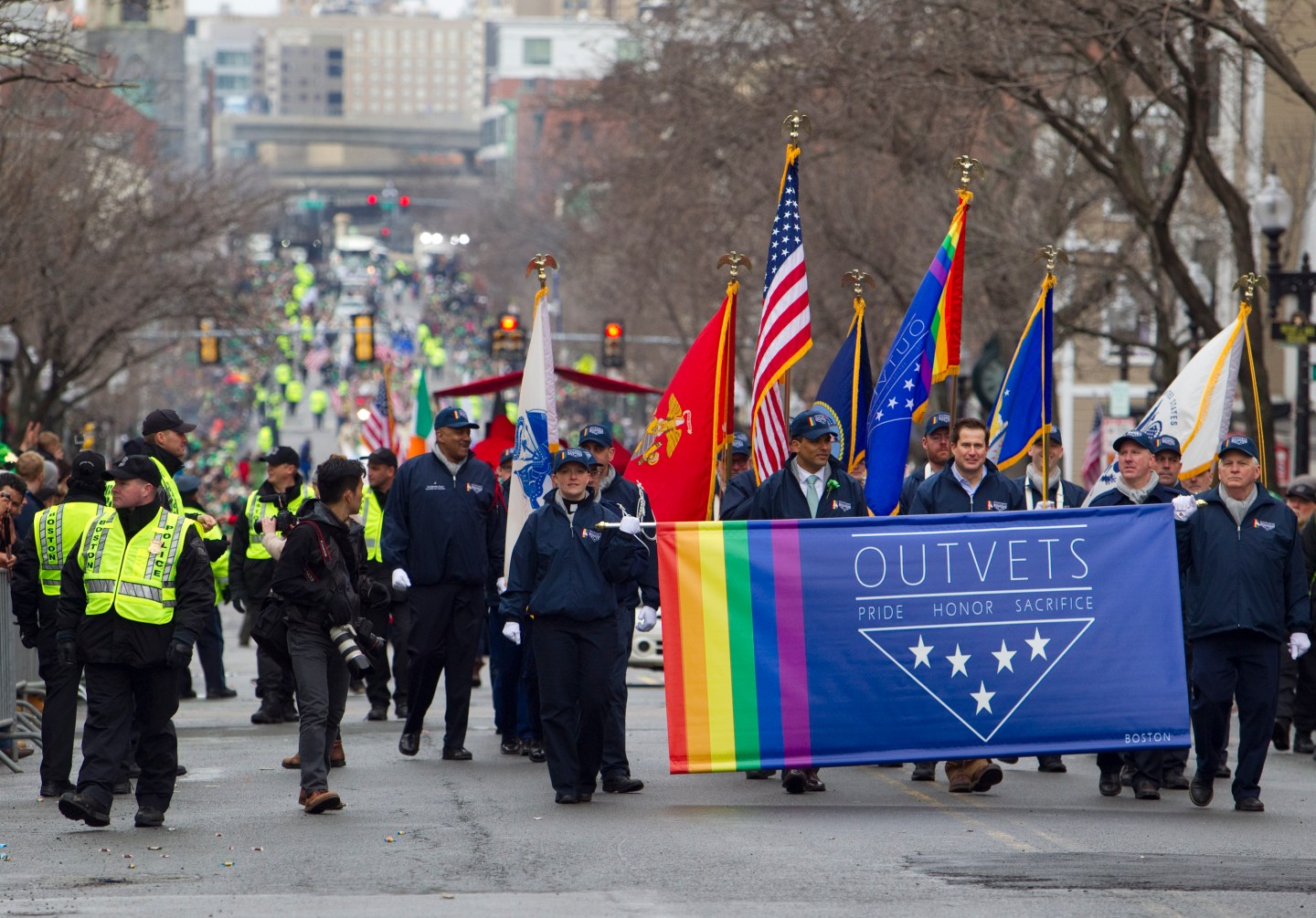 This year’s St. Patrick’s Day parade in Boston looks like it could lose a big sponsor.

Anheuser-Busch InBev may withdraw its sponsorship from the parade after event organizers voted to exclude a gay veterans group from marching in the procession, CNN Money reports. The South Boston Allied War Veterans Council, which organizes the annual parade, voted Tuesday to prohibit OutVets — a group that honors LGBTQ veterans— from participating in the annual parade.

The council has historically not allowed LGBT groups to join the festivities. But in 2015, it voted to allow two LGBT veterans groups including OutVets to march for the first time, according to the Boston Globe.

“We are disappointed to learn that the OutVets, who have proudly served this country, have been denied entry,” a spokesperson for Anheuser-Busch said in a statement, according to CNN Money. “We are re-evaluating our participation in this event.”

The beer company was set to provide financial sponsorship and its signature Clydesdales at the parade, which will be held on March 19.

The decision to block OutVets has also prompted backlash from other sponsors and politicians, according to WBZ, a local CBS affiliate. Boston Mayor Marty Walsh and Massachusetts Gov. Charlie Baker both said they would not make appearances at the event.