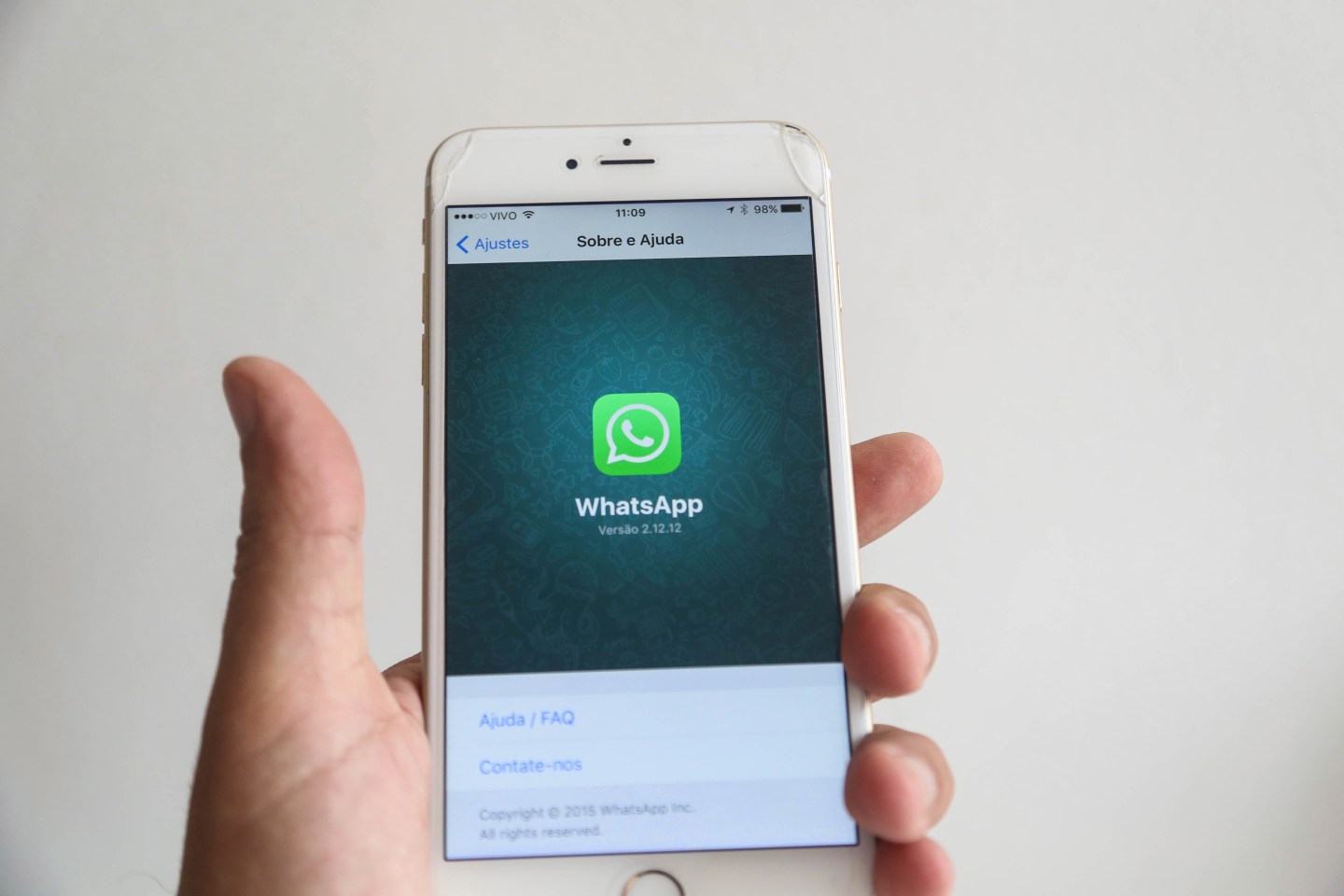 WhatsApp, the Facebook-owned messaging service used by more than 1 billion people worldwide, is testing a system that would let businesses talk directly to WhatsApp users for the first time, according to communications about the project seen by Reuters.

The tests, which are being conducted with a handful of companies that are part of the Y Combinator startup incubator, are an important signal of how WhatsApp plans to make money from its massively popular service. WhatsApp has not developed a business model in the three years since Facebook Inc bought it for a hefty $19 billion.

WhatsApp, a pun on the phrase “What’s up?,” has helped to upend mobile services by allowing users to text or call friends and family for free, without text message charges. It competes with similar services such as WeChat, a unit of China’s Tencent Holdings Ltd.

One potential revenue source is to charge businesses that want to contact customers on WhatsApp. But the company is working carefully to avoid problems with spam messages, the documents show.

WhatsApp is also surveying users about the extent to which they talk to businesses on WhatsApp, and whether they have ever received spam, according to the documents.

WhatsApp last year announced its plan to develop the system, known as an application programming interface, or API, citing examples such as a user talking to a bank about a fraudulent transaction or to an airline about a delayed flight.

Last month WhatsApp struck a deal with Y Combinator, which provides training and advice to startups that show potential, to have a small number of companies take part in an early trial, according to emails and messages posted on a Y Combinator forum.

Admission to Y Combinator, founded in 2005, is highly competitive, and past participants include such companies as Airbnb and Dropbox.

A WhatsApp spokeswoman declined to comment on the testing of the system.

Y Combinator President Sam Altman said in an email he was not aware of the WhatsApp test but added: “We do generally see a lot of companies wanting to test their products with YC cos.”

The trial is still in the early stages, said Umer Ilyas, co-founder of Cowlar, one of the startups involved. The system is highly anticipated in remote places where WhatsApp is especially popular, he said.

Cowlar makes collars for dairy cows, collecting data on their activity and recommending changes to improve milk yield. The company, which is testing the collars in the United States, wants to use WhatsApp to send automatic alerts from the collars directly to farmers if say, a cow is not behaving normally, Ilyas said.

“It represents a huge opportunity, because in all the big dairy markets – India, Brazil, Pakistan – a lot of farmers have access to WhatsApp,” he said in a phone interview.