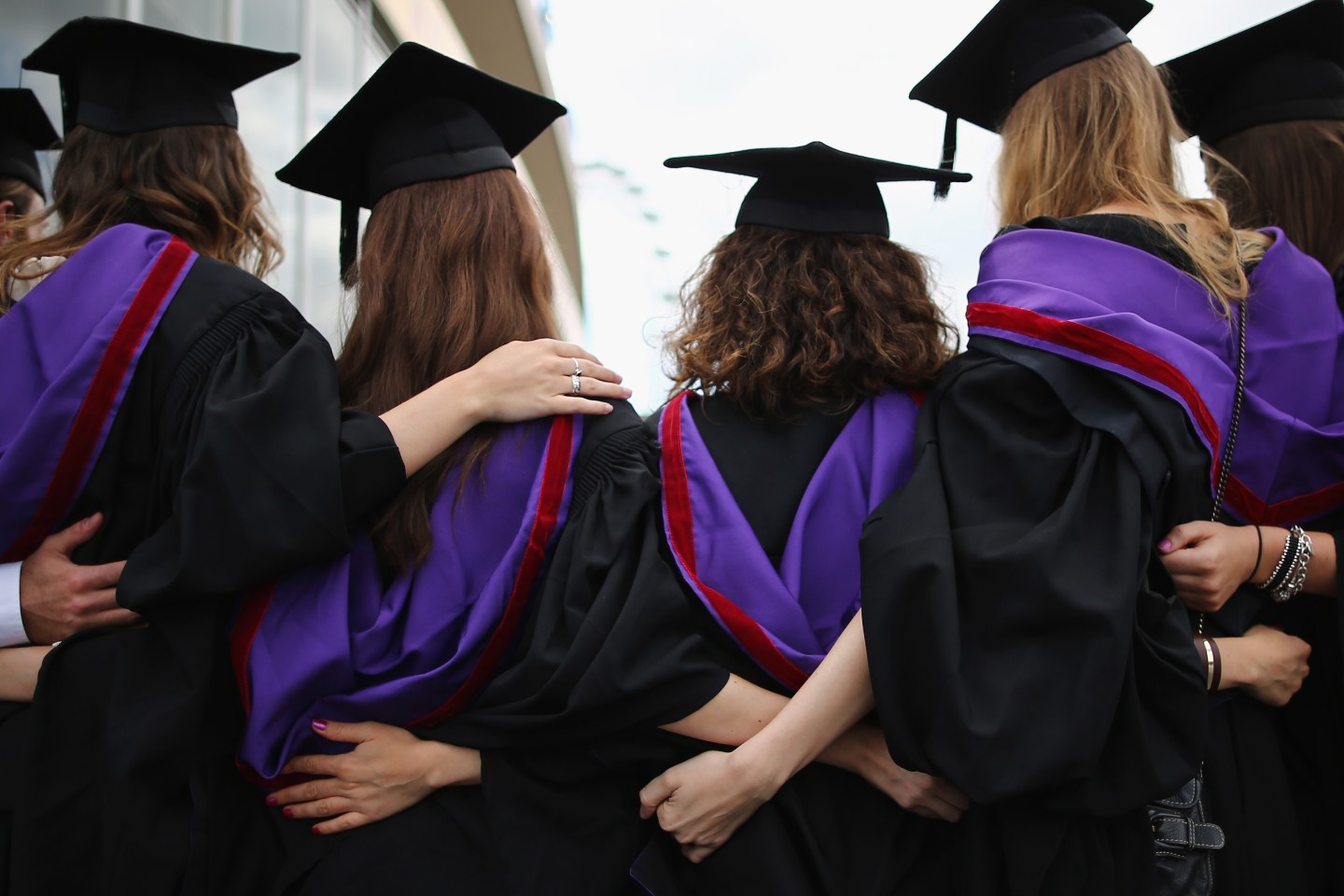 Female students graduating from college in three years may one day be freed from the frustration of earning less than their male coworkers—but only right before they retire.

According to new research from Accenture, the women of the class of 2020 could be the first generation to close the gender pay gap in their professional lifetimes. However, this is only if they live in developed countries and are able to reach parity with men in three key areas.

The first is what the professional services firm calls digital fluency, which the research defines as “the extent to which people embrace and use digital technologies to become more knowledgeable, connected and effective.” It’s not about whether people know how to code, but rather whether they go online to do taxes, pay bills, or take web-based courses, Accenture’s group chief of North America Julie Sweet explained to Fortune in a discussion of last year’s findings of the same annual report.

Right now, men use digital skills more frequently than women do, according to Accenture’s survey, which included 28,000 people in 29 countries. About 76% of men versus 72% of women globally are digitally fluent (80% vs. 75% for millennials). Moreover, men are more proactive than women when it comes to upgrading those skills: 52% of men say they’re continuously learning new digital skills, versus 45% of women.

Relatedly, Accenture finds that tech immersion—or the opportunity to acquire greater technology and stronger digital skills to advance as quickly as men—is another key element of women’s success. Right now, young women lag in adopting new technologies quickly (45% vs. 63%) and in taking coding and computing courses (68% vs. 83%).

While digital fluency and tech immersion can help narrow the gender pay gap for women at the early stages of their careers, the relationship between digital fluency and women’s advancement in the workplace is not as significant, the report finds. That brings us to the final area where women must achieve equality with men: “career strategy.”

Accenture defines this as aiming high, making informed choices about what fields of study to pursue, and managing your career proactively. Right now, female undergraduates are currently less likely than their male counterparts to choose an area of study that they believe offers high earning potential (27% vs. 40%), have a mentor (45% vs. 58% ) or aspire to senior leadership positions (41% vs. 51%).

If women manage to reach parity in those three areas, Accenture says, the pay gap in developed markets could close by 2044, shortening the time to pay parity by 36 years. This means that the women graduating in three years’ time would still be in the workplace when it happens. In developing markets, on the other hand, the changes could cut 102 years off the time to reach pay parity, achieving it by 2066 instead of 2168.

In dollar terms, overcoming these barriers could boost women’s income $3.9 trillion by 2030.