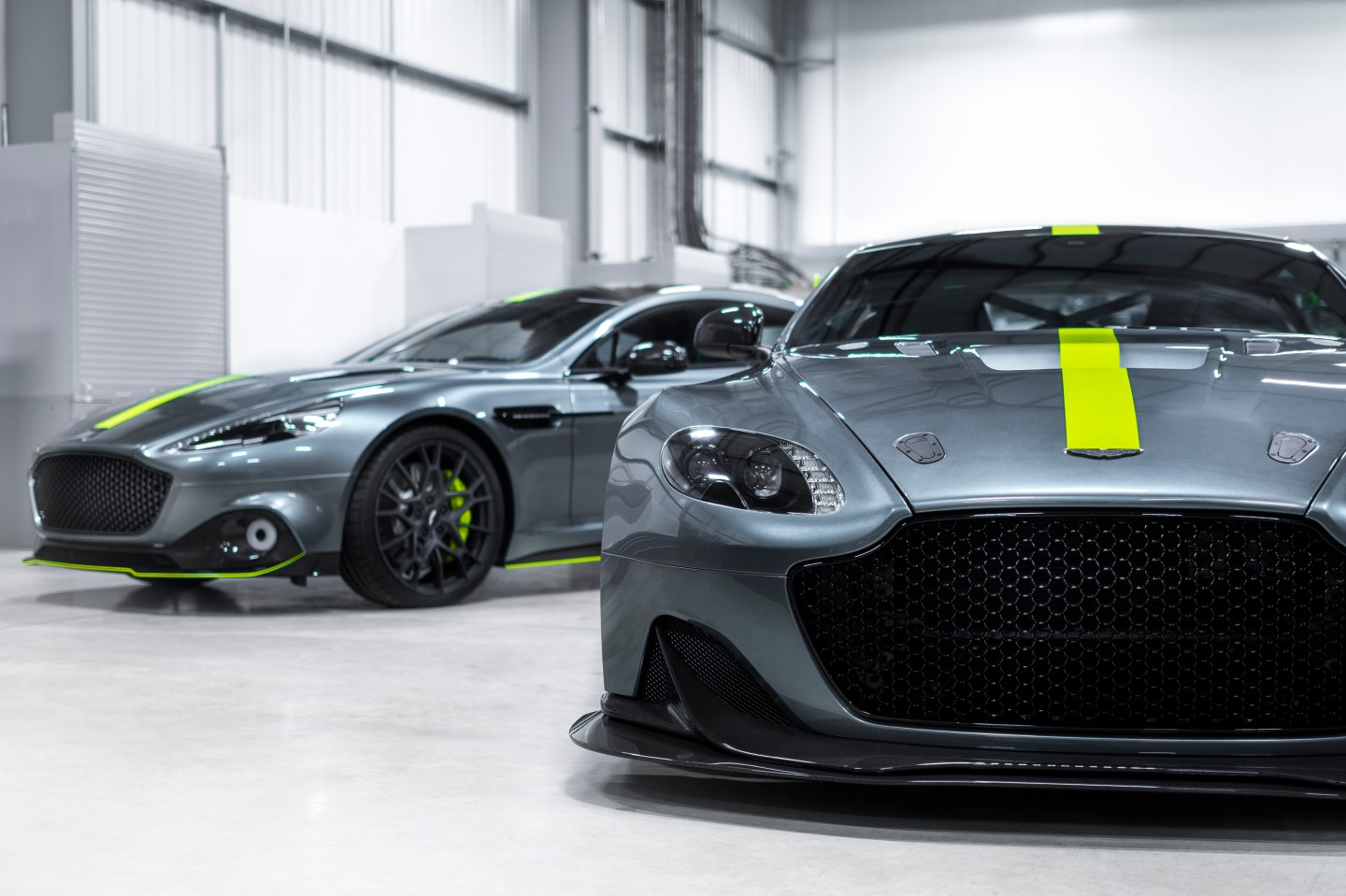 Aston Martin launched a new sub-brand Tuesday at the Geneva International Motor Show that aims to put the technology, looks, and performance found in motorsports into a line of road cars.

The new AMR line is a spin off, of sorts, from the company’s well known motorsports division Aston Martin Racing.

As part of the brand launch, Aston Martin unveiled two AMR concepts, the Rapide AMR and Vantage AMR Pro. Both cars are set for production, according to Aston Martin CEO Andy Palmer.

The Vantage AMR Pro will have an extremely limited series of no more than seven cars. Aston Martin will produce 210 Rapide AMR cars.

“They are the start of something very exciting—a program that will eventually see an AMR version of every model in the Aston Martin range,” Palmer said in a statement.

The new AMR badge doesn’t signal the first time Aston Martin has put racing tech into its road cars. The company has a long history, beginning in the mid-1930s of taking inspiration from its race cars.