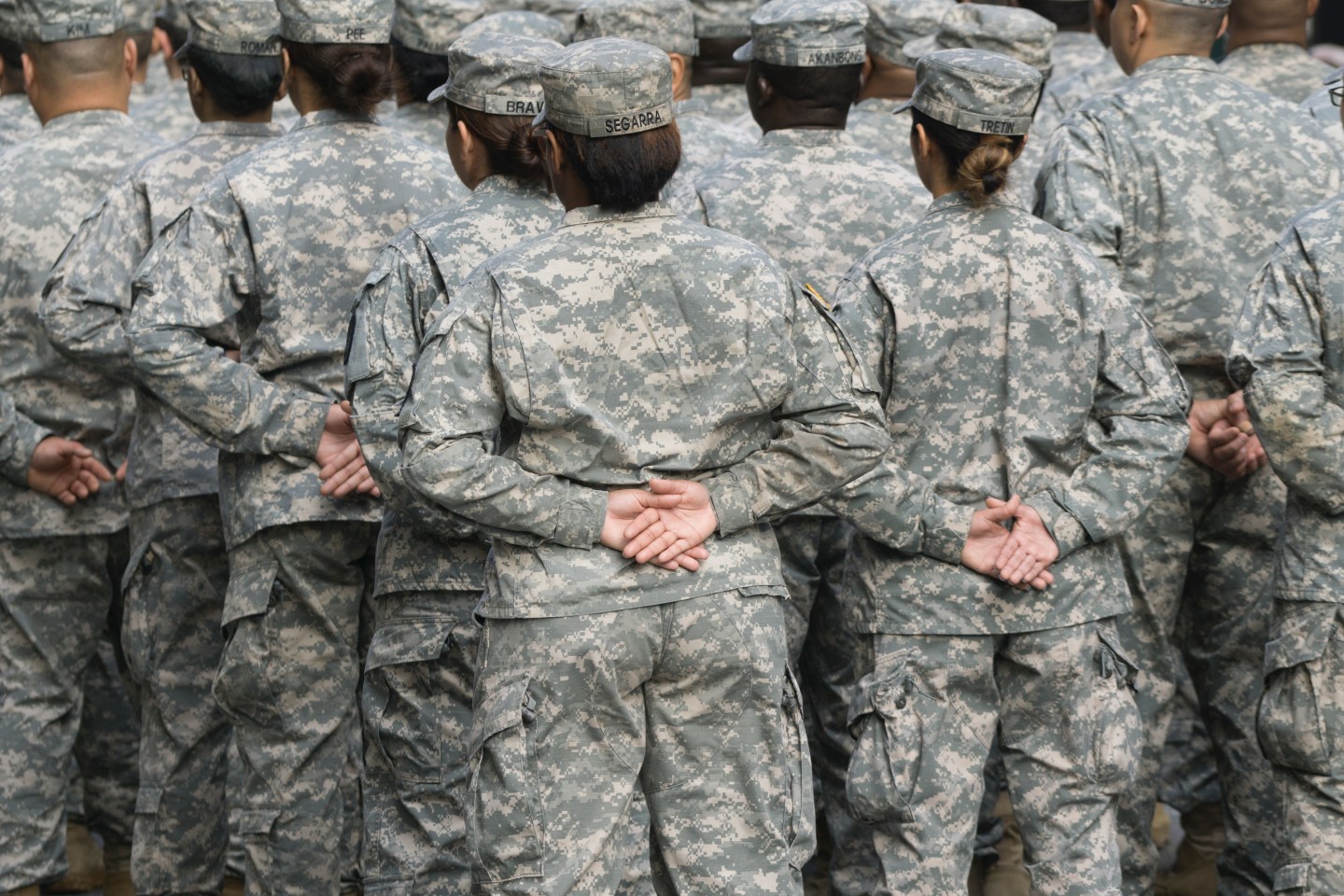 The motto of the U.S. Marines translates to “always faithful”—but apparently this doesn’t extend to the women in the Corps.

The Defense Department is investigating reports that a number of military members shared nude photos of female colleagues on Facebook (FB). The probe focuses on one members-only group, called Marines United, that had around 30,000 active and retired marines until it was shut down by Facebook at the request of the Corps.

While some snapshots were taken consensually, others may not have been, according to the Center for Investigative Reporting, the nonprofit news organization that first reported on the investigation. None of the women in the photographs gave permission to have them posted online, but were identified in the images by name and unit. The photo sharing began in the same month that the first Marine infantry unit began admitting women.

The photos, which were uploaded to a Google Drive folder, were often accompanied by derogatory and sexual commentary. For example, a comment on a photograph of a female corporal picking up her gear said that that the photographer should “take her out back and pound her out.” Other comments were more vulgar.

Thomas Brennan, a Marine veteran, posted about the investigation Saturday on The War Horse, a nonprofit news outlet dedicated to investigating the departments of Defense and Veterans Affairs. Brennan, who runs the nonprofit, was also the catalyst for the probe: He informed the Marine headquarters about the goings-on within the Facebook group in January; it was taken down within the day.

Brennan—who is a Purple Heart recipient—and members of his family have received numerous death threats since the article was published, reports The Washington Post.